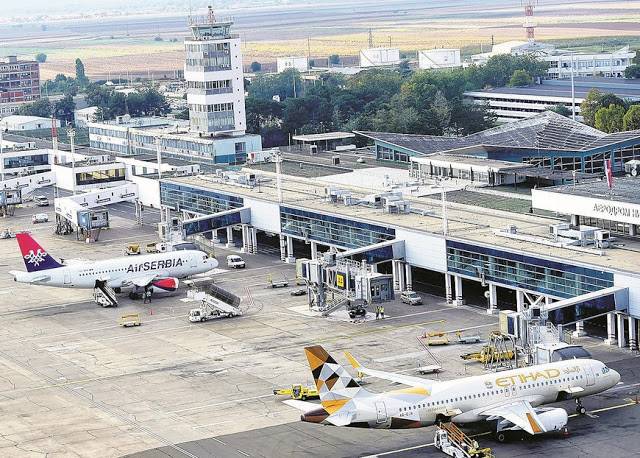 Etihad Airways has said it will continue to work closely with Air Serbia after reducing its ownership stake in the airline. Commenting on the matter, an Etihad spokesperson told EX-YU Aviation News, “Following the Serbian government’s recapitalization of Air Serbia, Etihad’s shareholding has diluted from 49% to 18%. We are pleased the Serbian government has reinvested in the future of the airline. Etihad continues to work closely with Air Serbia, while we respond to the ongoing impact of the Covid-19 crisis on our own business”. The Emirati airline did not respond as to whether its wide-ranging codeshare partnership with Air Serbia, which counts almost thirty routes, would continue. The current inventory listing shows it will not.
Etihad recently announced that it will be withdrawing from all commercial activities on the Serbian market. The airline has also terminated its Abu Dhabi – Belgrade service on which it handled 114.256 passengers in 2019 on 924 flights (both directions included). Its average annual cabin load factor stood at an extremely high 90.9%, with all services operated by the Airbus A320 aircraft throughout the year. This despite the carrier increasing capacity on the aircraft type after introducing new cabins and downgrading its overall hard product in economy class. The airline extended its dominance in its last full year of operations between the two cities compared to its Gulf competitors, handling 16.441 more passengers than its Doha-based rival, although it also added additional frequencies by operating a double daily service during the peak summer months.
The Serbian government has invested 100 million euros in recapitalizing Air Serbia and increasing its ownership stake to 83%. Yesterday it once again defended the move, noting it was of “national interest”. The Serbian Minister for Construction, Transport and Infrastructure, Tomislav Momirović, said, “If it were not for Air Serbia, would Belgrade have become a regional hub and VINCI become the concessionaire of Belgrade Airport? No, they wouldn’t have. Air Serbia brings a lot of money to the state and is responsible for the influx of a large number of tourists to Serbia. The recapitalization was a matter of national interest and dignity”.