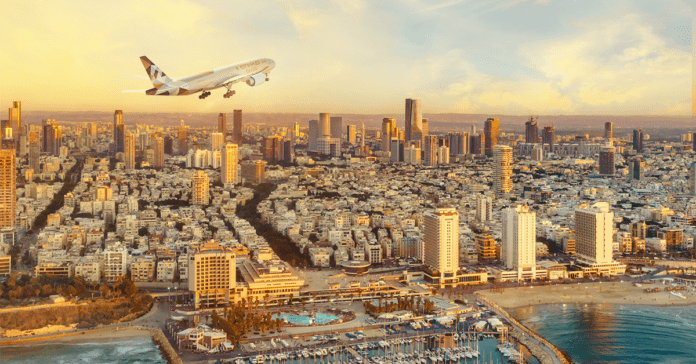 Etihad Cargo, the cargo and logistics arm of the Etihad Aviation Group, has selected Rom Top Aviation Ltd as its general sales agent (GSA) for the State of Israel.

The appointment comes ahead of the April 6 launch of Etihad’s scheduled twice-weekly Abu Dhabi-Tel Aviv service and as official Israeli government figures point to rising trade with the UAE following the establishment of diplomatic relations between the two in the wake of last year’s signing of the Abraham Accords.

“Since the establishment of relations, there has been increased interest in trade and investment between the UAE and Israel, and Etihad Cargo can assist in realising these emerging opportunities. Given Israel’s recognised prowess within the medical and food production fields, there is an anticipation of strong demand for the specialised PharmaLife and FreshForward products.”

Etihad Cargo, which was last year named ‘Best Cargo Airline in the Middle East’ by the prestigious trade publication Air Cargo News, has already played a major role in establishing relations between the UAE and Israel. In October 2020, it became the first GCC carrier to operate a commercial passenger flight to and from Tel Aviv.

“This is an honor to be awarded the GSA of Etihad’s activities in Israel. On behalf of Rom Top Aviation and myself, we are committed to the success of Etihad Cargo in Israel, and I am sure this is going to be fruitful cooperation,” commented Irit Krief, owner, Rom Top Aviation.

Philippine Airlines is in talks with the Israeli Ministry of Tourism to launch direct flights between the countries. Fli …

Asian Aviation Magazine Editor Matt Driskill is In Conversation with Cart Lindeboom, the sales director for the Asia-Pac …