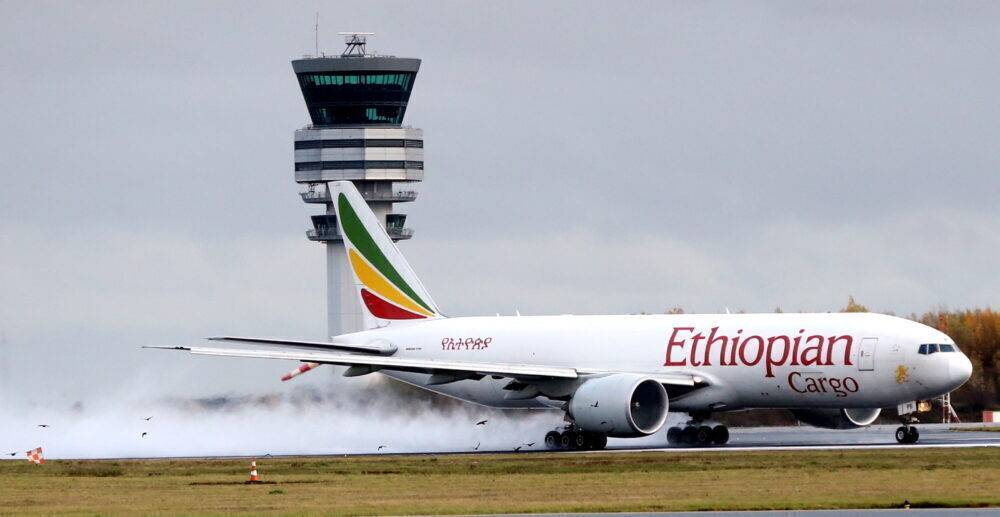 With 2021 just around the corner, we can look back at how this year has shaped different markets across the globe. Just like the rest of the world, African aviation was severely disrupted by the health crisis. Two notable developments from the situation are Ethiopian Airlines’ cargo progressions and South African Airways’ struggles. Let’s take a look at these factors.

A change of focus

Cargo has been a saving grace for airlines amid the serious downturn in passenger activity. Ethiopian Airlines quickly saw the opportunity in shipping services and took seats out of 25 passenger aircraft to maximize capacity for goods.

Even as travelers began to hit the skies again towards the end of the year, the company continued to rise in the cargo field. Moreover, it is not only continental operations that the firm has been mastering in. For instance, in November, its cargo department launched a new transpacific route from Seoul Incheon to Atlanta via Alaska’s Anchorage.

Not the same for everyone

However, not all carriers have been adjusting to the conditions. Notably, the lack of movement has caused significant implications for several operators.

Before the onset of the virus, South African Airways was already in trouble with dire finances. However, the rise of stringent travel restrictions in South Africa put the company in jeopardy. Now, it is currently going through its most vital restructuring process as business rescue practitioners try to get the carrier back in action. With flights affected throughout the year, the airline has been desiring another cash injection from authorities.

In autumn, the government agreed to a sizeable bailout package for the carrier. The firm is expecting to receive R10.5 billion ($686 million). This figure is scheduled to be transferred to the airline’s business rescue practitioners (BRPs) next month. While it awaits the much-needed funds, it turned to the auction market to sell everything from chopsticks to luggage. There are also further concerns for the operator with the arrival of new airlines such as LIFT.

Undoubtedly, like most airlines, South African will be hoping for brighter prospects in 2021. However, Africa generally has managed to adapt well amid the challenges. Last Month, Simple Flying had the opportunity to speak with former Africa World Airlines COO Sean Mendis about the market. He highlighted that airlines on the continent were forced to overcome the difficulties rapidly.

“I don’t think Africa had the luxury of being able to wait for a vaccine to be developed and rolled out into Africa. African governments and African airlines had to improvise a home-grown solution and they began to do that by June 2020 with a travel testing regime. Over 40 African countries now have been able to open their borders with some sort of pre-travel RT-PCR testing – sometimes supplemented by other protocols as well, but all, for the most part, focused on testing rather than quarantines or vaccines,” Mendis told Simple Flying.

“As a result, I think the expansion of cheaper, more reliable, and quicker testing solutions will be more of a game-changer for African aviation recovery than vaccines will. Africa has already somewhat opened up, but the high additional costs of testing right now have been a fairly major barrier to a full recovery. As that improves, African aviation will likely recover much faster than the more “developed” markets.”

So, as we head into 2021, African aviation may be in a relatively better position to bounce back compared with other areas. The continent’s industry has massive potential this decade with several new segments emerging. Therefore, there is a bright future for Africa after the world starts to recover from the pandemic.