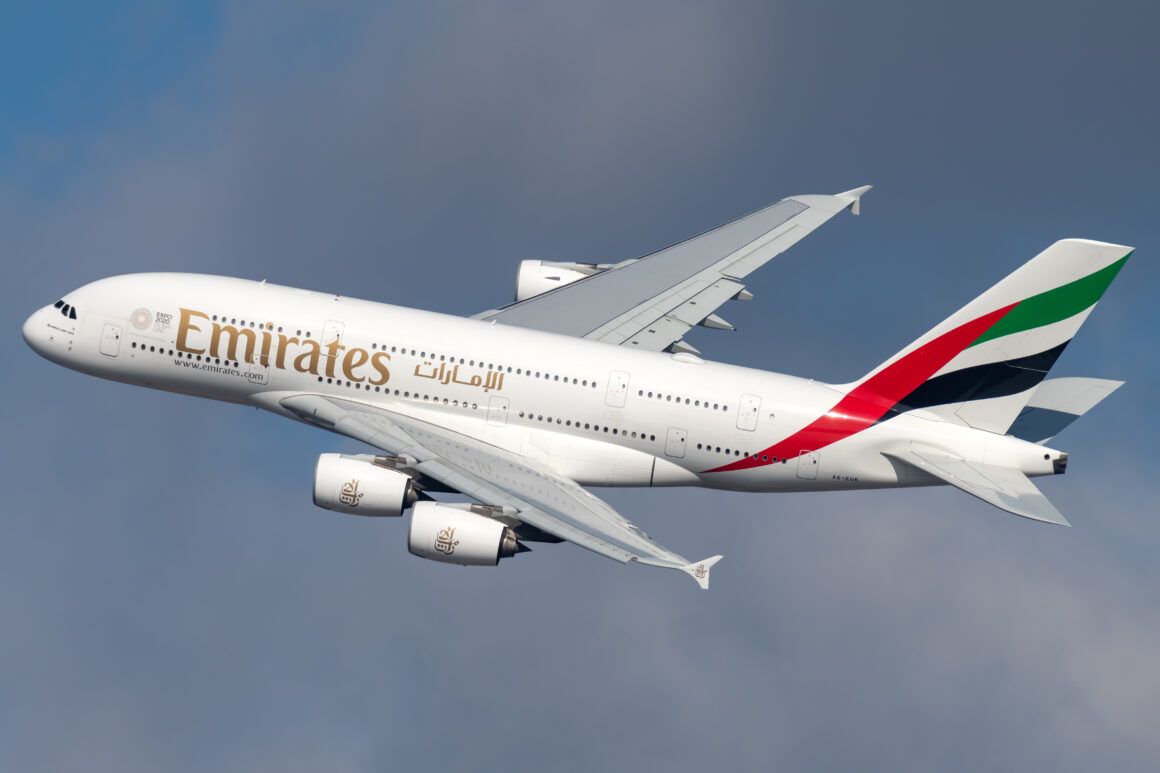 Across much of the airline industry, there is a conflict between passengers and airlines. Passengers want fast point-to-point travel. But many airlines like funneling passengers via hubs. There, the airlines can fill up planes and try to extract maximum bang for their buck.

Emirates is a classic example of a hub airline

The dubai-based Emirates is a classic example of a hub airline. Unless you are flying to or from Dubai, they do very little point-to-point travel. Instead, the airline uses Dubai Airport to take passengers off one plane and feed them onto another.

In the last year of normal flying conditions, 2019, Emirates served 156 airports in 84 countries. The airline is famous for its enormous fleet of Airbus A380s. It also operates a large Boeing 777 fleet. In 2019, Emirates flew 59.6 million passengers. Except for a small number of fifth freedom flights, nearly all those passengers passed through Dubai Airport.

“I think the medium to long-haul hub that we have here (Dubai) is one that we will retain and grow over time,” he said.

Why the hub model works for Emirates

But the rise of long-range, cost-efficient mid-sized aircraft like the Dreamliners and A350 has lately shifted the focus onto point-to-point networks. After all, why connect in Dubai (or anywhere) when you can overfly it?

However, the hub model suits a big international airline like Emirates. The airline provides flights across a wide geographic area and to many destinations. Despite serving 156 destinations in 2019, Emirates passengers can travel from one Emirates airport to another with just one stop in Dubai.

From a passenger’s perspective, flying Emirates from any one airport to another airport nonstop might be preferable, but given the number of airports Emirates serves, that’s simply impossible. The hub model is a compromise between connectivity and time.

Tim Clark gives an example of why the hub model works so well for Emirates. He uses the example of flying between Washington DC and Dar es Salaam in Tanzania.

“The notion that you would have twin-engined planes flying from Washington to Dar es Salaam in Tanzania and carry sufficient passengers on that fight on a non-stop basis to make money is a challenge.

“It is far simpler to fly from Washington to Dubai on an A380 and within two hours get to Dar es Salaam, make the connection and be there, and that Dar es Salaam flight will have fed from 30 or 40 other flights.”

Sure, it would be quicker and more comfortable to fly between Washington to Dar es Salaam nonstop. But if an airline cannot regularly fill a plane doing so, the flight isn’t going to last long, so the non-stop option is just a pipedream anyway.

But with the plane after plane landing in Dubai, Tim Clark can take handfuls of passengers from multiple flights who all want to go to Dar es Salaam. The Emirates CEO can fill a plane leaving Dubai. It also works in the opposite direction. A planeload of passengers coming in from Tanzania can disperse off onto other outbound flights from Dubai. So, is the hub model over for these kinds of long-haul flights?

“I don’t think so,” says a confident Tim Clark.

The hub model doesn’t work for all airlines and all regions. The continuing rise of cost-efficient mid-sized jets will continue to challenge the model. But for airlines like Emirates, with a big, widely dispersed network, there is no real alternative. Certainly, as Tim Clark plans for the future at Emirates, he’s staying focused on connecting people through Dubai.