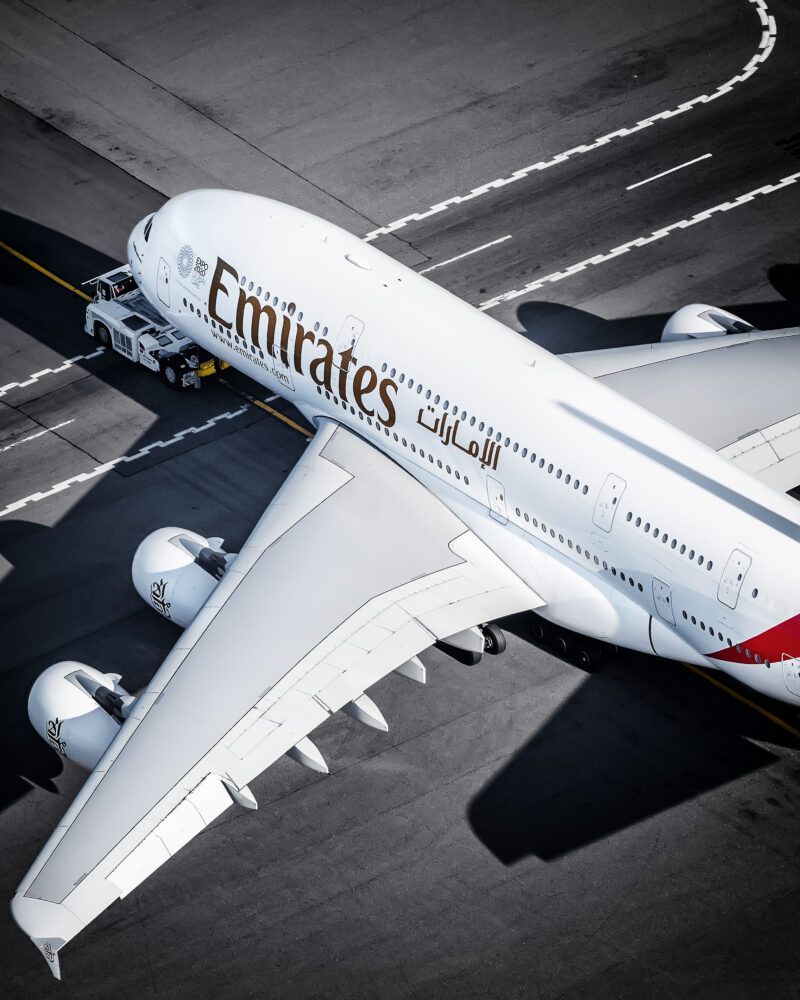 Global giant Emirates is renowned for its large Airbus A380 fleet. The airline has come to rely on the jet to power its global hub in Dubai. Even with the global health crisis and the associated downturn in travel, Emirates sees a future for the Airbus A380. According to Sir Tim Clark, the President of Emirates, the mammoth A380 still serves an ideal purpose for Emirates at slot-controlled airports.

The A380 is ideal for slot-restricted airports

At an exclusive Simple Flying webinar, Sir Tim stated the following on the Airbus A380 when asked about how the airline can offer higher frequency on routes while also using the large aircraft:

“It stands testament to the quality of the A380 because Heathrow slots are restricted, Hong Kong slots are restricted, every single major hub is restricted on slots. So, if you want to put a 787 in there to a Heathrow slot where you could put a 517 seater A380, it doesn’t take long to get to the maths on that. If you can put six in there a day, it just tells you what the power of that airplane is. So, we do follow the frequency argument, but with large airplanes, which is why people have felt fairly challenged by what we would do.”

No airport in the world is as well-renowned for being as slot-restricted as London’s Heathrow Airport. Slots here sell for tens of millions of dollars a pair, and getting into the airport takes a lot of effort. While, from time to time, slots do become available for new carriers, it can be equivalent to moving mountains to actually get enough slots there to be a viable carrier. British Airways is the dominant force.

For an airline like Emirates, London-Heathrow is an airport they know they have to serve because it is popular with higher-yield travelers, and the prestige of Heathrow is unrivaled. There is plenty of demand for travel to Heathrow, so Emirates knows it wants to offer as much capacity as it can, but it does not have the luxury of being able to operate an unlimited number of frequencies.

During peak travel times, Emirates has operated up to six flights a day into Heathrow between London and Dubai. Assume that Emirates upgrades all of its A380s flyings to London with a premium economy cabin in the following configuration:

These planes have a passenger capacity of 484 passengers. Emirates put its first A380 with a premium economy cabin in the above configuration into service between London and Dubai, so it would not be surprising for the airline to continue to fly the route with upgraded jets sporting the new cabin.

Take a Boeing 787-10 in British Airways’ fleet with the following configuration:

Seating a total of 256 passengers, this jet has just over half the capacity of a single Airbus A380. This plane, flying six times per day to Dubai, would only allow an airline to fly up to 1,536 passengers one-way per day in total on the route.

According to Sir Tim, this substantial difference of nearly 1,400 passengers helps explain the power of the Airbus A380.

Stretching Sir Tim’s discussion to Hong Kong, the maths becomes even clearer. Emirates flies up to twice per day between Hong Kong and Dubai, though at least one of those flights typically routes through Bangkok.

Nevertheless, Emirates’ two daily flights complement the two daily nonstop flights Cathay Pacific flies between the two cities. Assuming Emirates is flying a 484-seater Airbus A380, the airline can fly up to 968 passengers one-way in total each day. Note that on this route, it is not unusual to see higher capacity aircraft, including up to 517-seater A380s, which can push that number north of 1,000 passengers each way per day.

Compared this to Cathay Pacific. Hong Kong’s hometown airline, Cathay, usually flies an Airbus A330-300 on the route. The planes operating this route generally seat 262 passengers, which means Cathay Pacific is only flying up to 524 passengers per day on the route. This is marginally more than Emirates’ one-daily nonstop on A380 and is roughly half that of Emirates’ two-daily flights to Hong Kong.

The Airbus A380 is nearly unbeatable

There are few aircraft in the world that can fly as many passengers at one time on one flight. The Airbus A380 was created with hub-and-spoke, slot-controlled, busy airports in mind. London-Heathrow is one such example and is a prominent hub for Airbus A380s.

At the end of the day, however, Emirates makes the Airbus A380 work primarily as a result of its mega-hub in Dubai, where one flight can feed into 80 others within two hours. Without a proper replacement, which Emirates will need unless more slots at London-Heathrow come available for the carrier, the A380 will certainly keep flying with the airline.

The Airbus A380 is not for all carriers, and Emirates has made the aircraft work largely due to its model. Before the crisis hit, nearly 85% of the airline’s profits came from the Airbus A380. With the large capacity the A380 offers, the airline can get by in heavily slot-controlled airports. The Heathrow flights discussed above do not even make up the whole of Emirates’ Airbus A380-operated flights to London, as Emirates also flies to Gatwick and Stansted, though not all of those are operated using Airbus A380s.

The other thing to consider is that by using the A380s, Emirates can offer more higher-paying premium seats than the other airlines. With an A380, Emirates can offer 14 first class suites and 76 business class suites, for a total of 90 premium cabin seats, excluding premium economy. Cathay Pacific’s A330s only seat 39 passengers in business class, leaving less of a premium footprint on the route.

The mathematics can be gamed out across the board. Whether it be Paris, Amsterdam, Tokyo, Shanghai, Sydney, New York, or more high-profile destinations with congested airports, the A380 provides Emirates the capacity it needs when it cannot operate a high-frequency service, and also allows the airline to scale up its frequencies using larger aircraft supported by onward connections.