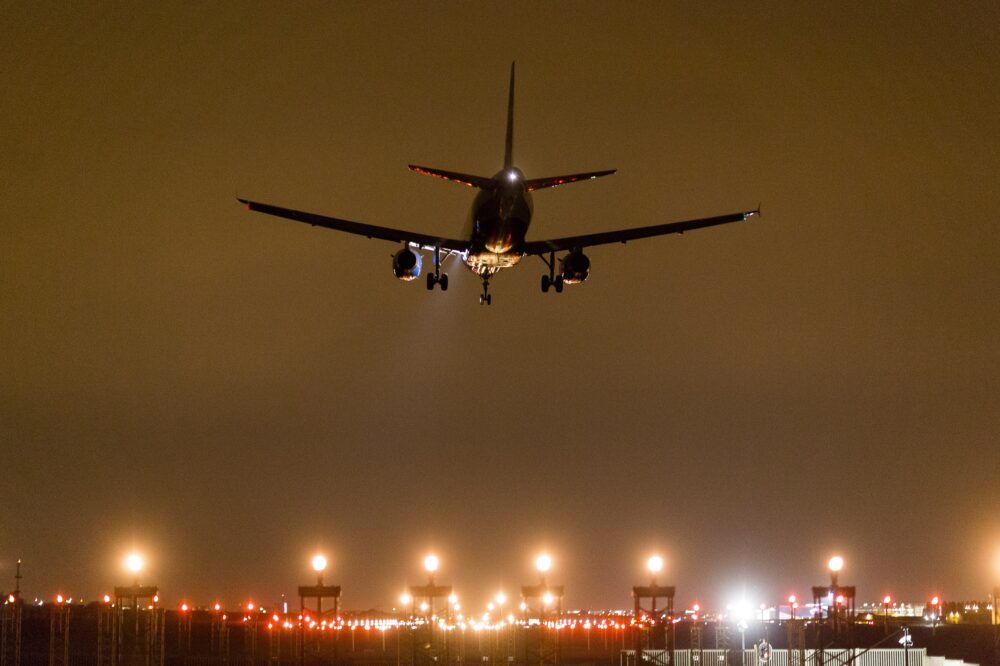 An EgyptAir Airbus A220 descended too low while landing in Cairo yesterday. The aircraft intercepted the incorrect runway ILS (instrument landing system), forcing it to switch runways and later go around. The plane landed safely in Cairo later that day and remains in service.

The incident occurred on board an EgyptAir Airbus A220 flying from Beirut, Lebanon to Cairo, Egypt, with flight number MS-714 on January 9th, according to The Aviation Herald. The flight was cleared to land for an ILS approach on runway 05L at Cairo Airport. However, while turning for final approach about 19.5 km away from the runway, the plane went through the runway localizer for 05L and aligned with runway 05C.

Air Traffic Control (ATC) quickly realized the mistake and informed the flight crew that they had aligned with the wrong runway. To fix this, ATC asked the crew to change their heading to 360 and attempt to align with runway 05L once again. The aircraft successfully changed its heading but found itself at just 400 ft about 4.8 km from the runway, when it should’ve been at 825 ft.

The low altitude forced the A220 to go around and attempt landing at runway 05L. The plane safely landed the second time about 15 minutes after the go-around.

ILS, or instrument landing system, is a system that sends radio waves away from the runway, which aircraft then intercept to guide them to the runway. Each runway approach at an airport will have its own ILS, providing pilots with both horizontal and vertical guidance on the final approach.

In the case of EgyptAir MS714, the A220 seems to have gone through the localizer for runway 05L during its final turn and instead aligned with the parallel runway 05C. The issue of incorrect ILS alignments is rare but not unheard of and requires a vigilant ATC to ensure there are no obstructions on the runway and planes are on the right approach.

EgyptAir is the only Airbus A220 in the Middle East, giving it a distinct advantage during this pandemic. The flag carrier has taken delivery of all 12 A220s on order in just over a year, with the first one joining the fleet only in September 2019. The most recent two aircraft were delivered in September 2020, according to Planespotters.net.

While airlines have been forced to park much of their fleets, especially among large Middle East airlines, EgyptAir has nine out of its 12 A220s still in service.

These A220s can be found on domestic and regional routes mainly and the A320 on medium-haul routes. Globally, the A220 has been one of, if not the most active fleet among airlines.