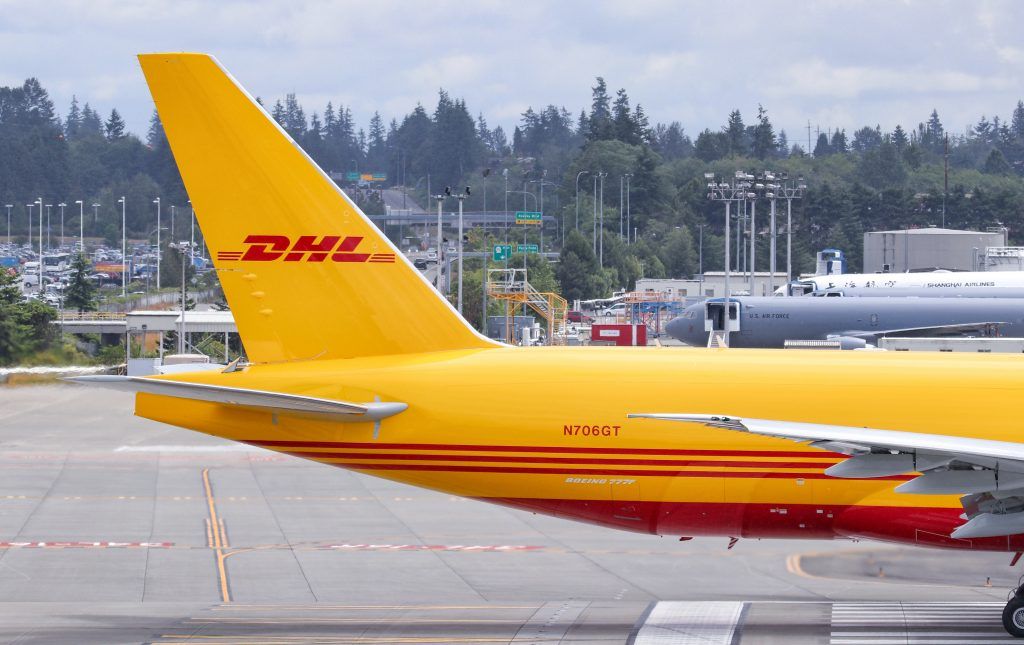 Earlier this week, DHL Express and Boeing announced the German shipping giant’s purchase of eight 777F aircraft. The announcement of the purchase follows an order for 14 Boeing 777F cargo jets that was made by DHL back in 2018. Ten of those 14 aircraft have already been delivered to DHL.

“DHL operates a powerful, international network that has taken great advantage of the 777 Freighter’s world-class range and efficiency for more than a decade,” Boeing Commercial Sales and Marketing Senior Vice President Ihssane Mounir said in a statement regarding the purchase. “We are honored that DHL is placing another major order for the 777 Freighter to grow their business and feed their strong commitment to connecting people and improving lives through sustainable operations. This is especially true today given the critical role DHL plays in distributing COVID-19 vaccines and meeting the increased demand for express cargo.”

Originally taking flight in 2009, the Boeing 777F is based on the structure of the 777-200LR passenger aircraft. However, the 777F has a number of cargo-related design improvements over the passenger variant it is based on. Some of those improvements include a strengthened fuselage and a maximum takeoff weight that is approximately 17% greater than the passenger-carrying 777-200LR. The 777F is the world’s largest twinjet cargo aircraft. It has a payload capacity of just under 225,000 pounds and a maximum range of 4,970 nautical miles, both near leaders in the twin-engine category.

With these characteristics, the utility of the Boeing 777F cannot be denied in a world where e-commerce and cargo volume are surging. John Pearson, CEO of DHL Express said in a statement, “Fueled by globalization, digitalization and the unprecedented demand of our customers during the recent peak season, our global e-commerce volume grew by more than 40 percent in Q4. With the order of eight new wide body freighter aircraft, we underline our conviction that e-commerce is an enduring megatrend. This is why we decided to act early and kick-off 2021 with this investment in our future.”

According to DHL, the Boeing 777F has the lowest trip cost of any large freighter since it allows fewer stops and landing fees on long-haul routes. The company says the aircraft will also aid in meeting sustainability goals. Travis Cobb, EVP Global Network Operations and Aviation at DHL Express said, “A highly efficient and reliable aviation network is key to our service capabilities enabling future growth,” said Cobb. “We are committed to providing the highest quality and efficient services to our customers at the fastest possible transit times. At the same time, we are also committed to reducing our carbon emissions by modernizing our fleet with the most efficient aircraft type that is available in the industry. The Boeing 777 fits well into our intercontinental network and perfectly complements our sustainability goal to achieve net-zero emissions by 2050.”

As of November 2020, DHL maintained a fleet of 15 Boeing 777F aircraft which are operated by AeroLogic, Southern Air, and Kalitta Air, according to data obtained from Planespotters.net.