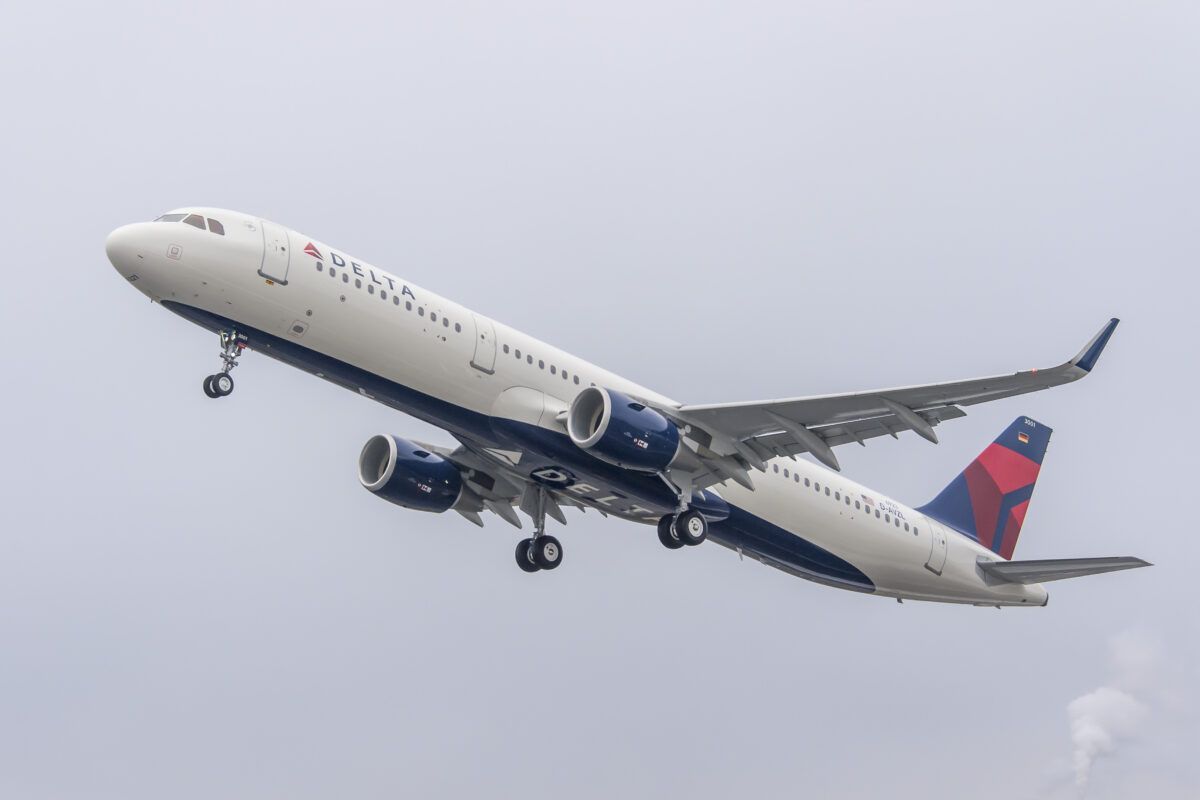 Delta Air Lines has confirmed that its first Airbus A321neo is delayed until 2022. The hotly awaited narrowbody, more for its product than the plane itself, was first expected to arrive in 2020. However, with the global crisis, Delta has delayed its first A321neo by about two years.

Delta Air Lines announced that its first Airbus A321neo will not arrive until 2022 at the soonest. The carrier has 100 on order and will round out its A321ceo deliveries before taking any A321neos.

As of now, the airline is currently expecting to take 18 Airbus A321neos in 2022. Another 20 will arrive in 2023, and then the remaining 62 will come in 2023 and beyond. Further delivery delays may occur, as aircraft deliveries can be fluid.

Delta plans on rounding out its Airbus A321ceo deliveries, of which it expects the remaining 22 planes to arrive by the end of this year before it starts taking any Airbus A321neo jets.

Delta deferred plenty of deliveries from 2020 and 2021 into 2022. The carrier believes that this year it will start to see a sustained recovery, but it does not necessarily need all of its current jets, let alone its new jets coming in.

Delta’s Airbus A321neos are next-generation narrowbody short- and medium-haul jets. They are the successor to the Airbus A321ceo, of which Delta is a large operator. The A321neos come in several variants, including the A321LR, which stands for long range, and yet-to-be-flown A321XLR, which is the extra-long range variant of the aircraft. The Airbus A321XLR is set to make a huge splash.

Delta has not ordered the long-haul variants. Delta’s A321neos are the standard narrowbody A321neos that most carriers flying them use for short- and medium-haul operations. Delta will be using the A321neos for that purpose.

What is unique about the A321neos is that Delta is putting a brand new recliner-style first class seat onboard. Growing beyond the traditional reclining seats, Delta has added winged headrests, enlargened the tray table, and added additional storage options.

The new seats will debut on the Airbus A321neo. Delta has not yet announced any other aircraft that will receive the seats. All of Delta’s latest narrowbody jets, including the Airbus A220s, are outfitted with the current first class seats.

What new planes will Delta take in 2021?

Delta only has 33 mainline jets planned for delivery this year. This includes three Airbus A220-100s, five A220-300s, and 22 Airbus A321-200s will round out the narrowbody segment of deliveries.

Delta will only take three widebody Airbus A330-900neo jets. This includes one aircraft on lease.

Delta will continue to take the Airbus A330-900neos as it retires Boeing 767-300ERs. the A330-900neos are not perfect replacements for the Boeing 767s, but they can take over some of Delta’s trunk international long-haul routes.

No Airbus A350 deliveries are expected before 2022. This is not that surprising, given how the A350s are Delta’s largest widebodies by passenger capacity and typically do Delta’s most prestigious and busiest long-haul international routes. After the two in 2022, Delta will not take any other A350s before 2023 at the soonest.