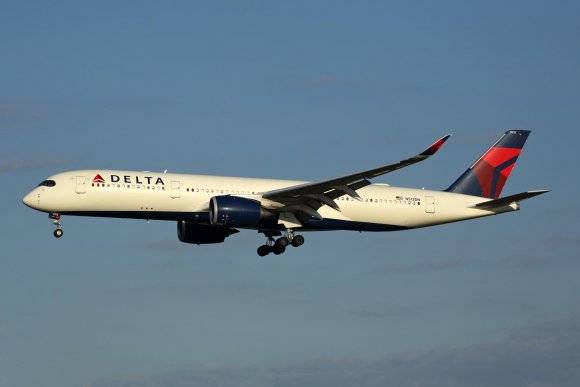 Delta Air Lines announced plans to increase its capacity between Canada and the US by 150% in September, responding to the Canadian government’s planned decision to relax border restrictions on Aug. 7.

As a result of the easing at the border, Atlanta-based Delta will more than double its flights between Canada and the US, increasing daily frequencies from eight to 19. Services will be increased to large business and leisure markets like Calgary (YYC), Montreal (YUL), Toronto (YYZ), Vancouver (YVR), and Winnipeg (YWG). YYZ will see the largest increase, rising to 10 daily flights in September. Daily flights will also be introduced for the first time between New York LaGuardia Airport (LGA) and YYZ.

“We’ve looked forward to the vital gateways between these two countries reopening and ensured that our customers have the choice and connectivity they need when booking their trips,” Delta SVP-network planning Joe Esposito stated.

“As with everything Delta does, our customer-first approach is key to rebuilding the network and delivering a seamless travel experience with our global partners.”

Canada’s public health agency recently said that the country’s border will be opened to fully vaccinated US citizens and Canadian permanent residents residing in the US beginning Aug. 7. Restrictions will be relaxed further on Sept. 7, when Canada plans to open its borders to fully vaccinated travelers from all countries. Travelers to Canada will still need to complete a pre-entry COVID-19 polymerase chain reaction (PCR) test in the initial stages of reopening.

On the US side, the border is slated to remain closed to most Canadians until at least Aug. 21. Travelers are also prohibited from entering the US from Brazil, China, the European Union, and India, among others. On July 26, a White House official said the administration has no plans “at this point” to lift restrictions banning most international travelers, according to Reuters.

Delta is not the only airline ramping up cross-border capacity in the coming weeks. Air Canada recently said it would resume as many as 220 flights per day and restore 34 US destinations, coinciding with the planned relaxation Aug. 9.

International travel trends have suffered as concerns about the delta variant of the coronavirus multiplied. Global international capacity was 60% lower than 2019 levels during July and may deteriorate further in August, according to Bloomberg Intelligence analyst George Ferguson. Total capacity to and from the US is likely to remain flat through September, at around 4 million seats per day, Ferguson estimated.

Domestic passenger numbers continue to strengthen in the US, while travel has been slower to rebound in Canada. Daily throughput screened by the US Transportation Security Administration has improved to 75-80% of 2019 levels on peak days, while the equivalent figure in Canada has averaged between 25% and 35% of 2019 levels recently.

The ULCC continues an aggressive growth pattern which will see it start transborder US services this fall. Startup Canadi …