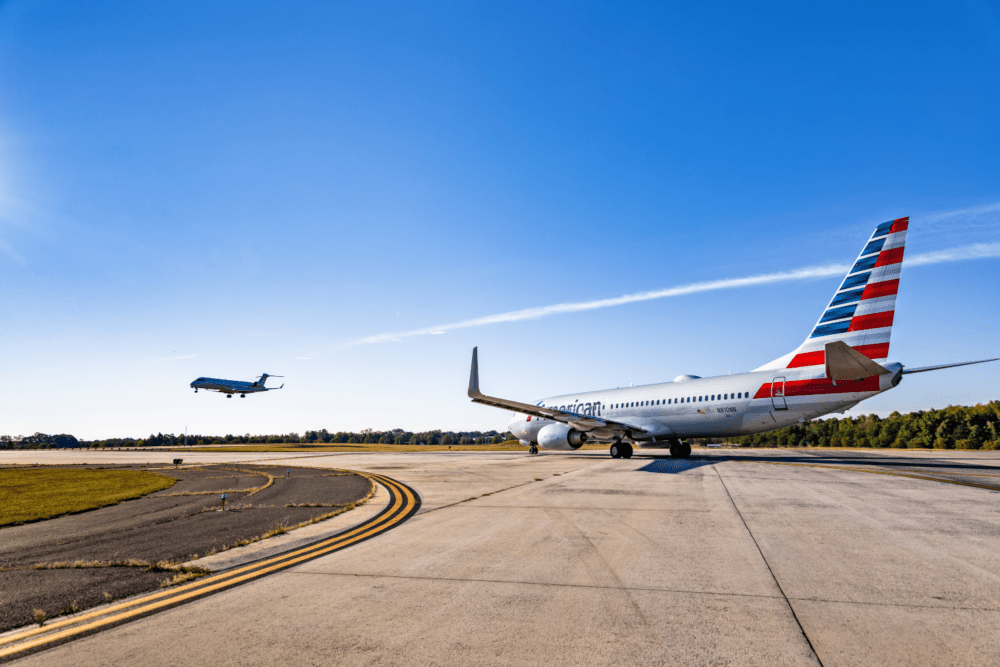 Even the most jaded passenger would have done a double-take at Charlotte Airport on the weekend. A kangaroo, clearly a long way from home, hopped aboard an American Airlines flight from Charlotte to Newport News. The joey, called Harry, was lured down the aisle by an American Airlines employee waving a snuggly pouch. After getting more attention from American Airlines than the best Concierge Key passenger, Harry managed not to disgrace himself and handled the extensive papping with considerable sangfroid.

Harry the joey gets papped

Harry’s trip was from Charlotte to Newport News, Virginia. He was accompanying his handler on the flight and being relocated as part of a wildlife conservation effort. A flight attendant on the flight, Bobby Weston, posted footage of Harry boarding the plane on Instagram. That footage was picked up by his mates and soon flooding social media feeds.

Harry appeared ambivalent about the attention, stopping on the jetbridge to sniff a few corners and give a disdainful look at the cell phones trained on him before making a bolt to the plane’s door. Once on board, an American Airlines employee steered Harry away from first-class and down towards the back of the plane. His handler was following behind, probably carrying his bags.

It’s a one hour plus flight from Charlotte to Newport News. Simple Flying has approached American Airlines to see what special provisions they made to meet Harry’s needs. He’d probably enjoy a bottle of warm milk. Going by photos, Harry is quite young, still only a joey. He’s probably big enough to nibble on some grass. But like most little fellas, he’s clearly still up for a ride in a pouch.

But who is going to boot a baby joey off a plane? Clearly, none of the American Airlines flight attendants who gave Harry priority boarding and an escort onboard. And Harry did well. He didn’t scratch or bite anybody, he didn’t make a mess on the way down the plane, and there are no reports of him jumping on anybody. So kudos to Harry.

Despite the new regulations, most airlines will still transport animals if they are adequately secured. For domestic pets like dogs and cats, that means spending the flight in a cage/kennel that fits under the seat in front of their owner. When American Airlines rewrote their rules recently, they probably weren’t counting on flying kangaroos. But when you are little and cute, everyone will cut you some slack.

American Airlines hasn’t got back to Simple Flying about how Harry was transported. But the odds are he went into the pouch that gets secured to his handler much as an infant child does. Like most little people, little kangaroos are generally happy to rest in their pouch and have a snooze. It’s unlikely he would have bothered anyone at all.