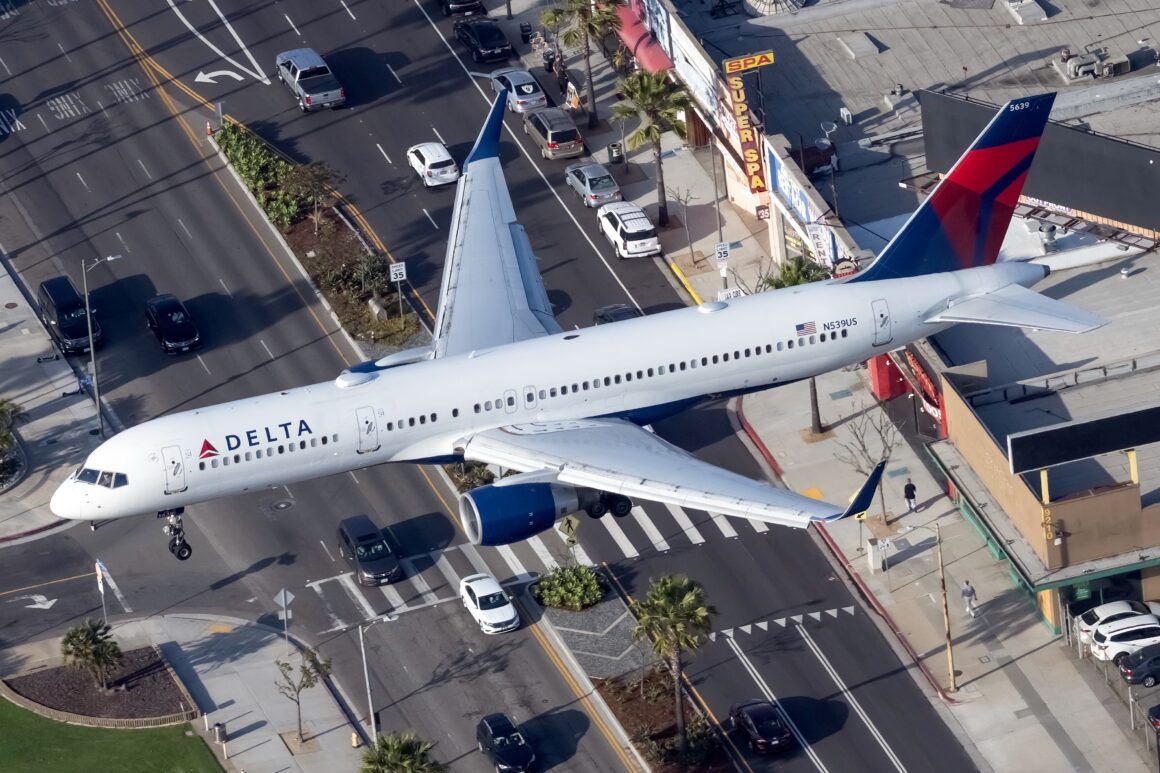 Delta Air Lines has yet to fully reveal its plans to retire its strong Boeing 757 fleet. Cherishing every one of those lucrative and flexible jets, Delta has invested in keeping the planes airworthy and flying for as long as they possibly can. However, sustainability goals and costs associated with flying aging aircraft are starting to bear down on the airline, and some strategies are starting to become clear. Delta is likely to reveal some future fleet plans relatively soon.

Delta Air Lines has a fleet of 100 Boeing 757-200 aircraft in revenue passenger service. This number, which excludes the planes flying charter missions, is around 13% of the carrier’s overall fleet, and those planes are not getting any younger. The jets are an average of 23.6 years old, making them the third-oldest average fleet at Delta.

Delta also has another 16 Boeing 757-300s, which are only an average of just over 18 years old, which is relatively young for Delta’s fleet.

Then there are the premium Boeing 757-200s. These planes seat 168 passengers with room for 20 in lie-flat Delta One, 44 in extra-legroom economy, and 108 in standard economy.

The Boeing 757-300s are larger. These jets seat 24 passengers in recliner-style first class, 32 in extra-legroom economy, and 178 in standard economy. The total seat capacity on this plane is a whopping 234 passengers.

Where these aircraft fly

Replacing these jets is not an easy task. First, Delta needs a plane that can fulfill the multiple missions these jets accomplish. While things can change, the 757s can be broken down into flying roughly three categories.

First, there are short- and medium-haul missions. These are primarily domestic routes, such as between New York and Atlanta, Las Vegas and Minneapolis, or Orlando and Atlanta. These jets are used for high-demand routes. The Boeing 757-300 flies many of these missions.

Then, there are the long-haul international missions. Most of these are flown with the Boeing 757s featuring lie-flat seats. These aircraft will perform routes such as from New York to Lisbon or Iceland. Some routes, such as from Minneapolis to Iceland, are flown on the recliner-style Boeing 757s.

The final mission is premium transcontinental flights. These include flights between New York and Seattle, New York and San Francisco, and others. These flights are mostly on the Boeing 757s featuring lie-flat seats.

On April 22nd, Delta announced it had converted 25 options into firm aircraft orders and added 25 options to its order book. This brings the airline’s overall order book to 125 Airbus A321neo aircraft with 100 options.

Thus far, Delta has stated all of its Airbus A321s will be outfitted with room for 194 passengers. This includes 20 passengers in a brand new first class seat, 42 in extra-legroom economy, and 132 in standard economy.

With our customers ready to reclaim the joy of travel, this agreement positions Delta for growth while accounting for the planned retirements of older narrowbody aircraft in our fleet, addresses our carbon footprint, increases efficiency and elevates the customer experience.”

Amid the global health crisis, Delta accelerated the retirement of its McDonnell Douglas fleet of MD-88 and MD-90 aircraft. It also retired 10 Boeing 737-700s and 10 Airbus A320s. Rounding out the narrowbody retirements, Delta plans to end Boeing 717 flying by the end of 2025.

When asked about the airline’s 757 retirement plans, Delta’s CEO, Ed Bastian, stated the following on the carrier’s first-quarter earnings call, before the Airbus order was announced:

“As you probably have seen or read, the NMA is not being actively discussed at Boeing at the present time, but they certainly do have alternatives and new designs that they’re thinking about. We’re engaged with those conversations. Nothing imminent or on the short horizon here, but we are looking at the longer term opportunities with our friends in Seattle.”

Delta had previously expressed plenty of interest in taking the NMA for replacing its Boeing 757 and 767 aircraft. However, Boeing’s offering for the middle-of-the-market jets is currently on hold as it focuses on getting its 777X out into the market and the 737 MAX return to service.

There was only so long Delta could wait before deciding what to do with its Boeing 757 fleet. The Airbus A321neo is a compelling option, as they are nearly the same size as the 757s and can fulfill many of the same missions.

Of Delta’s new narrowbody jets, none of them have featured premium lie-flat seating, and Delta has gotten away with offering not-so-premium products in some transcontinental markets. This is especially true out of Boston, where flights to Los Angeles and Seattle have run on Boeing 737 jets while the competition has flown lie-flat seats.

It could also be possible that Delta decides to drop its long-haul international routes flown by the Boeing 757 and instead, for the points in Europe, funnel those passengers through its partner hubs in Amsterdam or Paris. Other routes may also be upgauged to larger jets.

Delta certainly has enough on firm order and enough options to retire its entire Boeing 757 fleet. While some of the A321neos will certainly go toward replacing aging Airbus A320s, Delta can easily streamline its fleet with one type to replace both aircraft. Its current firm order configuration will not allow for that, but it will have enough for a one-to-one replacement if it exercises its options, though the A321neos are significantly larger than the A320ceos.

Delta will certainly continue to wait and see what Boeing offers. Despite being a notorious Airbus customer in recent years, it has not placed an order for either the Airbus A321LR or A321XLR, but it has been waiting to see what products Boeing can bring to the market to fit the segment.