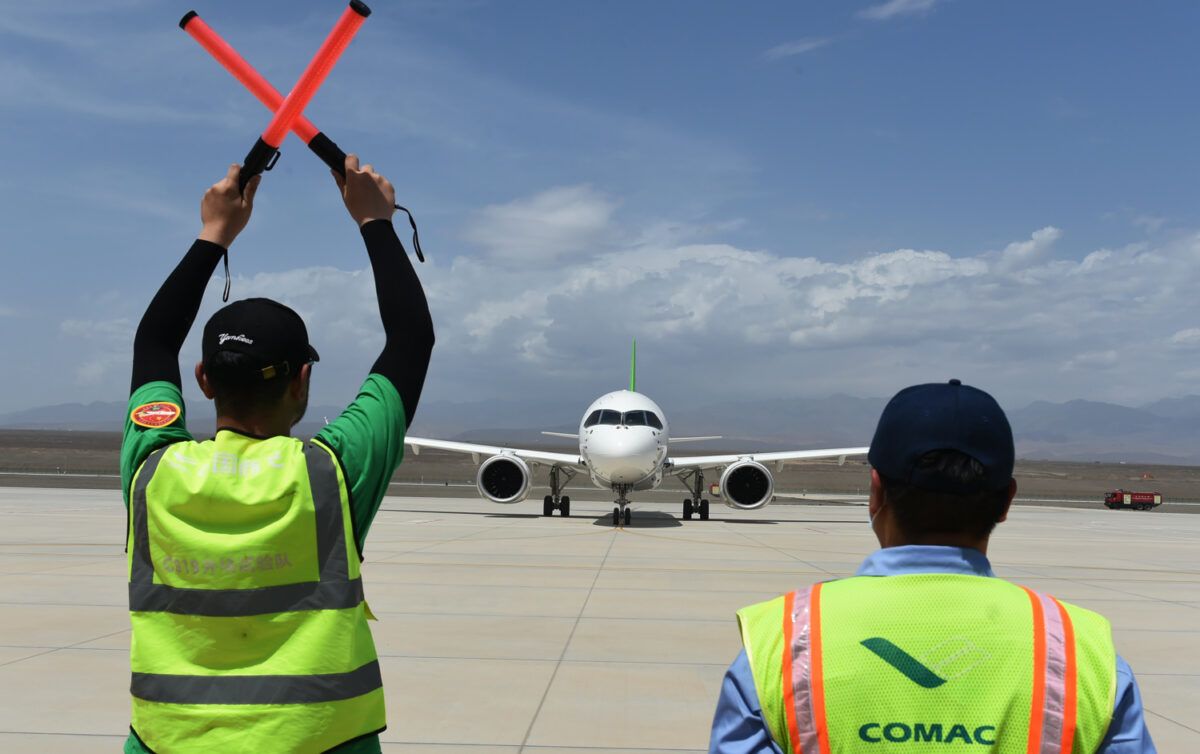 Originally slated to take place in March, natural icing trials for COMAC’s C919 are being postponed due to COVID-19 travel complications. The A320 and 737 competitor was to undertake this phase of testing in London, Ontario, Canada. All aircraft must show they can withstand and then shed layers of ice without any impact on performance.

Speaking with AIN, Canada’s International Test Pilots School (ITPS) confirmed that the C919’s natural icing trials would be delayed until the fall. ITPS was selected by COMAC to assist with this phase of aircraft trials, having won the contract late last month.

This delay is primarily due to COVID-19 travel complications. Non-essential, non-citizen/non-resident travel to Canada has been fairly difficult since the Spring of 2020, but a recent tightening of restrictions has made it even more difficult for most international arrivals.

The next opportunity for optimal icing conditions in Southern Ontario’s Great Lakes region will be October-November. Apparently, it’s not just a matter of having cold temperatures, as the head of ITPS explains:

“You’ve got to have the airborne moisture…It can’t be so cold that all the moisture freezes out because then you’ll have no liquid water content, and it can’t be too warm, where you don’t get the freezing [you need].”

How will this affect the C919’s overall progress?

It’s unclear whether or not this postponement in testing will have an impact on the progress of the C919. We had reported at the end of January that it was COMAC’s goal to have the first C919 delivered by the end of 2021. With this part of testing now pushed later into 2021, a best-case scenario would seem to still allow for an end-of-2021 delivery- but it would be cutting things quite close.

AIN, in speaking with Clementi, noted that COMAC’s ARJ21 had also completed icing tests in the same region. This apparently took place over eight days. While the length of time may vary for the C919, this at least gives us a very rough idea of what to expect.

With COMAC’s aim for certification no later than December 31st, 2021, it would mean the Civil Aviation Administration of China (CAAC) would begin its certification flights and issue type inspection authorization for the C919 by the end of November. Something that could indeed still fit with the recent delay.

The C919’s progress to date

Below is a rough timeline of the C919’s progress as it makes its way through key certification tests: