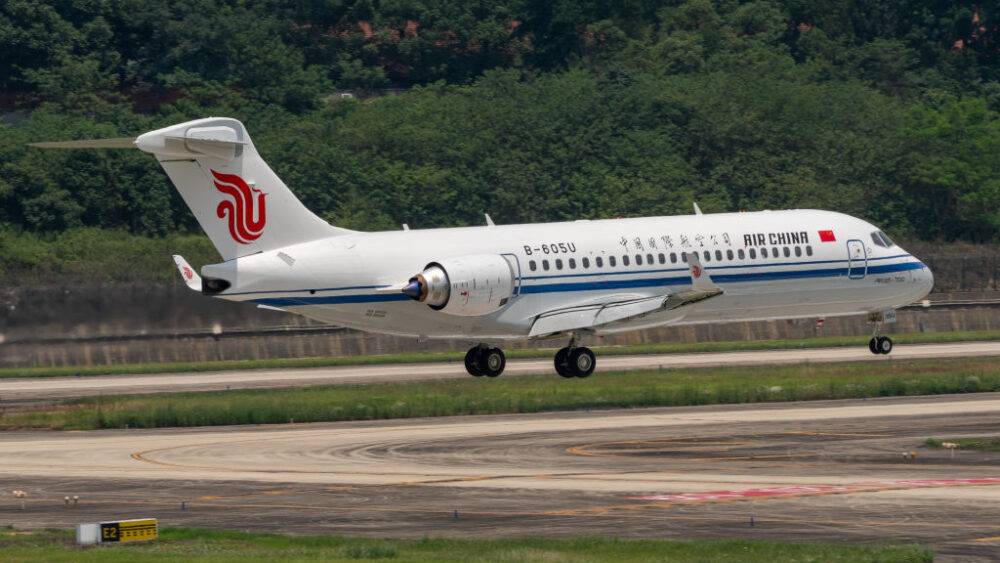 China’s attempts to take on Boeing and Airbus with a viable homegrown jet has received a boost. Deliveries of the ARJ21 regional jet hit new highs in 2020. The Commercial Aircraft Corporation of China (COMAC) said they delivered 24 ARJ21 aircraft to customers over 2020. That brings the total number of ARJ21s delivered to 46.

According to COMAC, the ARJ21 is China’s first short to medium-range turbofan regional aircraft built to international aviation standards. The aircraft has a layout of 78 to 90 seats and a range of 2,225 to 3,700 kilometers. COMAC says they’ve taken a total of 616 orders for the plane from 23 airline customers.

In addition to the ARJ21, COMAC has produced test prototypes of a larger aircraft called the C919. The aircraft type had an initial test flight in 2017 but is still a couple of years off flying paying passengers. Also on the boards but not yet in the air is a mid-sized jet known as the C929.

As Simple Flying’s Justin Hayward reported yesterday, state-backed aircraft manufacturers can be an attempt to break up the cozy aircraft manufacturing duopoly enjoyed by Airbus and Boeing. To date, the Chinese Government has sunk at least US$45 billion into this exercise. However, while COMAC sticks to the ARJ21, their direct competition is the dominant regional jet manufacturers, Embraer.

In contrast to COMAC, Brazil’s Embraer delivered 28 jets in the three months to September 30, 2020, and 59 jets in the nine months to September 30. While Embraer might seem to have the upper hand in the regional jet market, they point out how disruptions to labor markets and supply chains in 2020 can impact aircraft deliveries. In certain contexts, having a homegrown aircraft manufacturer can make sense.

That’s certainly the case with the United States canvassing sanctions against COMAC, potentially barring United States-based suppliers from supplying COMAC. According to the Center for Strategic and International Studies, sanctions remain a live option. However, the most likely outcome of doing so will be to lock in COMAC’s ongoing viability in China and turn Chinese airlines away from Boeing.

Embraer also notes that while China’s aviation market is now dominated by larger jets, it is moving towards more point to point connectivity and greater connectivity, meaning the demand for regional jets in China will increase. If Embraer’s analysis is correct, that puts COMAC in the box seat to reap the benefits.

Cirrum says while Boeing and Airbus will continue to dominate the industry over the next two decades, there will be US$400 billion worth of orders for smaller manufacturers like COMAC and Embraer. They expect passenger traffic to grow by 6% annually in China over the next two decades and the regional jet market to be worth US$175 billion. It’s potentially rich pickings for COMAC.

COMAC has not said how many ARJ21s they plan to deliver in 2021. However, the aircraft manufacturer did say the pace of deliveries was accelerating as production issues got ironed out.

China’s domestic airline market continues to rebound from 2020. Since the beginning of March, the number of domestic fli …