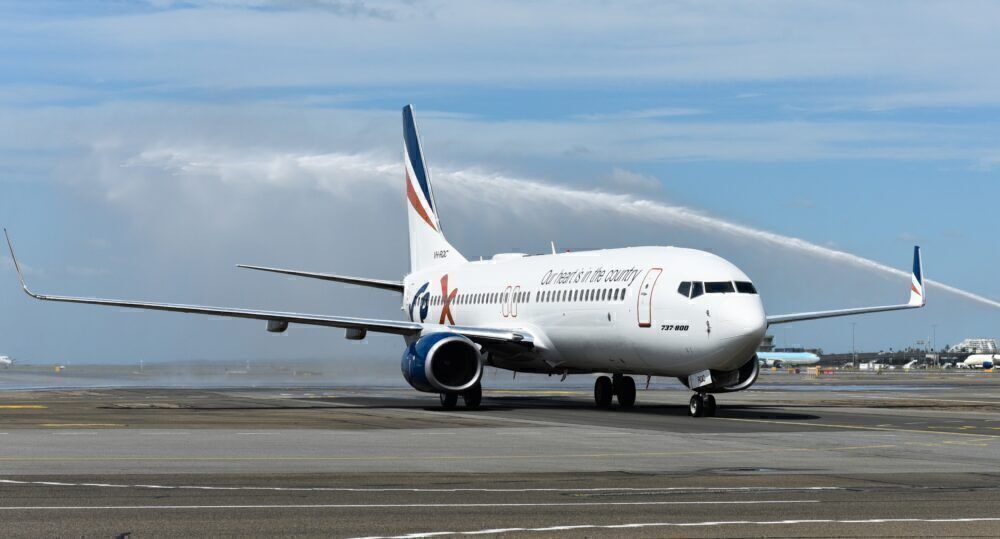 Australian aviation’s infamous capacity wars look set to return after Qantas and Jetstar announced they would soon be flying more aircraft on their domestic routes than before than pandemic.

The announcement came minutes after Virgin pledged to hire 150 new cabin crew and lease 10 new 737s because it was “committed” to restoring its pre-COVID market share.

Qantas chief executive Alan Joyce has repeatedly claimed his airline group would increase its slice of the domestic industry from 60 to 70 percent.

“The Australian government’s half-price fares program is having a direct and indirect impact on the sector,” said Joyce on Thursday. “The direct response to the program has been fantastic, with over 250,000 fares sold in the first two weeks.”

The business also plans to shift five of its 787-8s, usually flown on international routes, to the domestic market from mid-year. On sale today, these 335-seaters will initially be flown between Melbourne/Sydney-Gold Coast and Melbourne/Sydney-Cairns.

The group has also enlisted Alliance to operate three Embraer E190 aircraft from May to provide capacity on existing Qantas routes in northern and central Australia. Under an earlier-announced agreement, Qantas can access up to 14 E190 aircraft from Alliance.

During the fourth quarter of this financial year, 90 per cent of the group’s aircraft will be active, compared with just 25 per cent at the height of the COVID lockdown in mid-2020.

All of which means Qantas domestic capacity will hit 90 per cent of pre-COVID levels in Q4 of FY21 and Jetstar will “exceed 100 per cent” due to “strong leisure demand”.

The growth in domestic capacity is then expected to continue into FY22, with Jetstar reaching 120 per cent of pre-COVID levels, and Qantas at 107 per cent.

Finally, the business revealed all of Qantas’ 787-9s have now been reactivated and are operating repatriation flights on behalf of the Australian government and some freight-only services.

The airline said it would now focus on “cash-positive flying” rather than restoring old profit margins, allowing for lower fares to entice passengers. All Qantas and Jetstar domestic crews are now back at work.

Joyce said, “This is the longest run of relative stability we’ve had with domestic borders for over a year and it’s reflected in the strong travel demand we saw over Easter and the forward bookings that are flowing in each week from all parts of the market.

“Corporate travel, including the small business segment, is now back to around 65 per cent of pre-COVID levels, and increasing month-on-month.

“The two-way bubble with New Zealand is great news for the tourism sector as a whole. It means we can bring other parts of our business out of hibernation, like our aircraft and First lounges in Australia.

“The increased domestic flying and resumption of flights across the Tasman are also helping get more of our people back to work.

“It’s important to keep this uptick in perspective. We are still facing a massive financial loss this year, which will be the second one in a row. We’ve lost more than $11 billion in revenue since the pandemic started and that number will keep growing until international travel recovers.

“We’ve used debt and shareholder equity to get through to this point, and our people have had the benefit of direct government support, which continues for those still stood down due to international border closures.

“As the recent lockdown in Brisbane showed, airlines and many other sectors remain vulnerable to snap travel restrictions until Australia’s vaccination rollout is complete.

While there have clearly been some speedbumps with the vaccine rollout, we are still planning for international flights to resume in late October. We remain in regular dialogue with the government.”

Earlier on Thursday, Virgin Australia announced it would hire 150 new cabin crew and return 220 from its axed long-haul operation to facilitate an expansion of its services.

The airline also confirmed the return of 10 leased 737s, a plan to return to 80 per cent pre-COVID capacity by June and new routes between Melbourne-Hamilton Island and Melbourne-Darwin.

“Virgin Australia Group is committed to maintaining a market share consistent with its pre-COVID position,” the business said in a statement.

Rex has also begun an ambitious expansion of its new capital city routes, announcing last month it will challenge Qantas to fly Sydney–Canberra.

It also recently launched new routes to the Gold Coast and Adelaide, as well as Sydney and Melbourne.

The flag carrier responded by famously declaring that ‘Where Virgin puts on one aircraft, we will put on two’ as the two aggressively fought for market control.