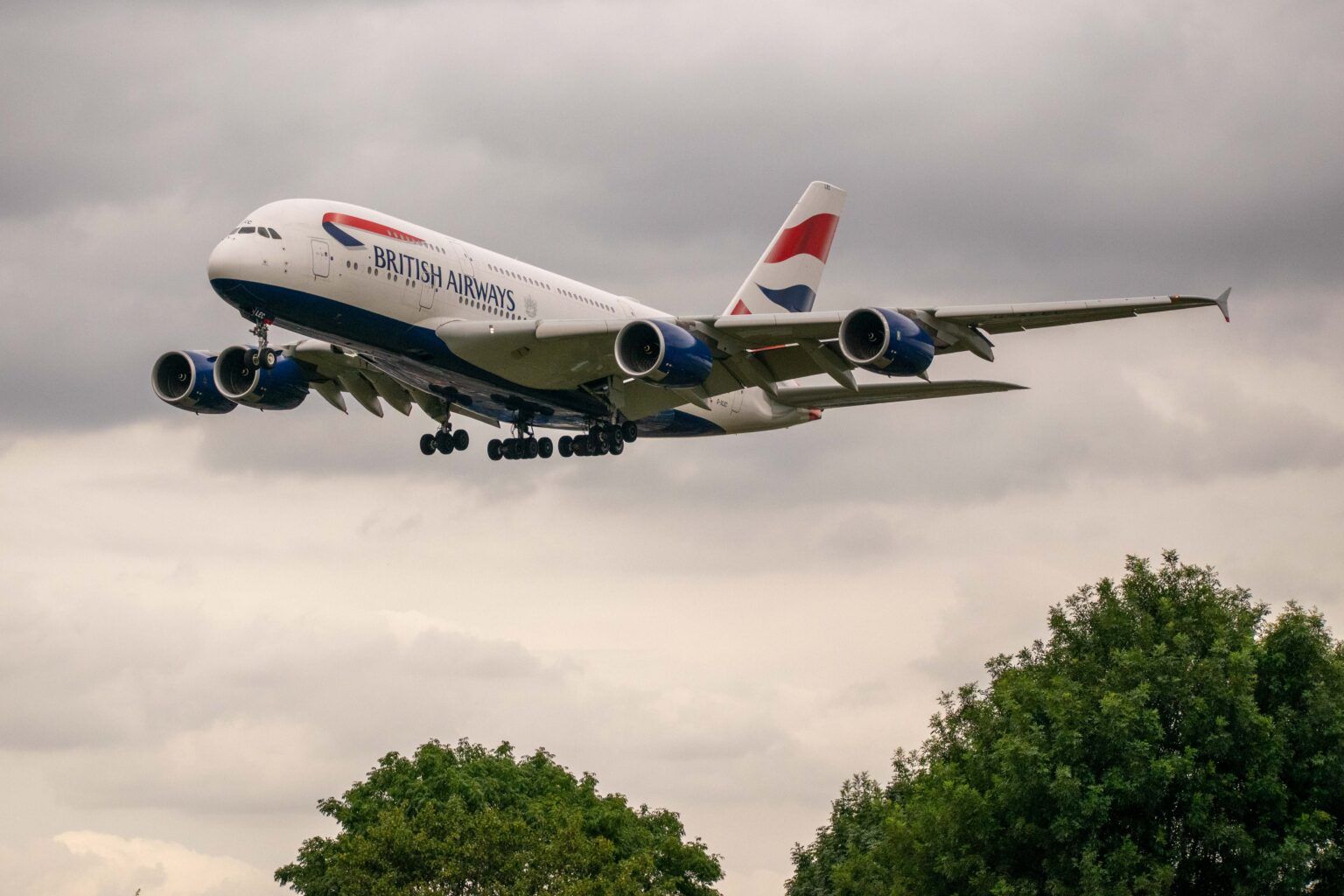 Sean Doyle, CEO of British Airways, has given hope to Airbus’s giant of the skies. The British flag carrier’s CEO confirmed that the aircraft would indeed return to service. However, exactly when isn’t immediately apparent.

Around the world, the fate of the global Airbus A380 fleet is uncertain. While some such as Emirates and Singapore Airlines remain committed to the world’s largest passenger jet, others such as Etihad and Lufthansa have cast doubts over the type’s future. Air France has even gone a step further, retiring its entire fleet from service after just ten years. However, things are looking up for BA’s giants.

Airbus A380 in future plans

It seems that there is hope for the red, white, and blue British Airbus A380s. In an interview with The Independent, the airline’s CEO Sean Doyle commented,

“The A380 isn’t flying at the minute but it is in our plans for the future rebuild of the airline. Exactly when we will put the A380 back into service is something that we’re not clear on.”

British Airways initially grounded the Airbus A380 around a year ago as the COVID-19 pandemic began to wreak havoc on the aviation industry. However, while some airlines placed their A380s into deep storage, British Airways took a different approach.

It initially positioned the fleet to Chateauroux in France but continued to ferry the giant to and from London and even to Manilla for maintenance. The fact that the airline was willing to spend such funds on maintenance at a time when it cut as many costs as possible showed that there was still a reasonable chance that the type would indeed return to service.

Today the fleet is split across three physical locations. Six of the 12 aircraft are being kept in a state of temporary storage in Madrid. The airline is currently in the process of cycling them to Madrid for scheduled maintenance. The three oldest jets have been placed into long-term storage in Teruel, Spain. Meanwhile, the remaining three giants are resting their wings in Doha alongside Qatar Airways’s grounded fleet.

Why British Airways needs the Airbus A380

While some airlines have struggled to make the Airbus A380 make sense, this was not the case for British Airways. Given the slot constraints at London Heathrow Airport, the aircraft could be placed on the high-density hub to hub routes such as London to Los Angeles, replacing two smaller aircraft with one flight.

This, in turn, opened up an additional slot for another route. Of course, with the airline continuing to operate less than 20% of its regular schedule, opening up such slots is less of a priority, especially when the airline would struggle to fill the aircraft due to the government’s travel restrictions.