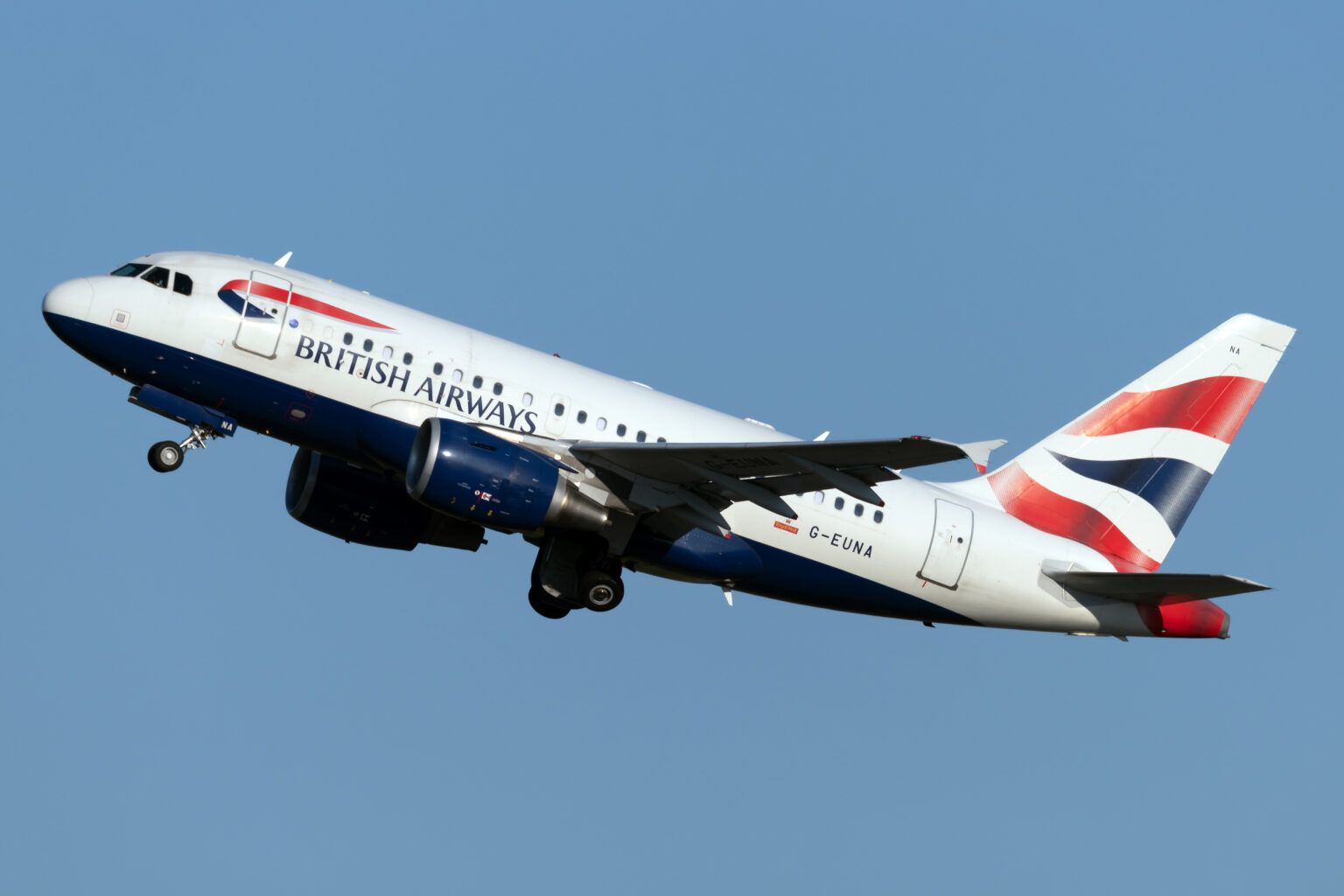 British Airways has sent its Airbus A318 Baby Bus to Twente Airport in the Netherlands. The aircraft was retired by the airline last year, after its only route from London City (LCY) to New York City (JFK) was suspended, meaning that it was no longer needed.

Many aircraft have been stored or retired as a result of the COVID-19 pandemic. The impacts of the situation have primarily been felt by widebody aircraft types, particularly those with four engines such as the A380 and Boeing 747. Some smaller aircraft, particularly those getting a little older, have also found themselves facing a sudden retirement.

At one point in time, British Airways had two Airbus A318 aircraft. Both were used to service the airline’s all-business service connecting London’s heart with New York City. The second aircraft, G-EUNB, was transferred to Titan Airways in 2017, leaving British Airways with just G-EUNA.

In late March, British Airways decided to suspend its transatlantic route from London City Airport, BA1. This also saw G-EUNA repositioned to Madrid in Spain for an extended stay in the sun. At the end of July, IAG, British Airways’ owner, revealed that it would retire its fleet of just one Airbus A318.

It seems that yesterday was G-EUNA’s final flight. The aircraft flew from Madrid to Twente Airport in Enschede. While some of Lufthansa’s now-retired Boeing 747-400s left the airport after brief talk of legal action, many aircraft do not leave the facility.

G-EUNA took a particularly interesting route to reach Enschede. One would expect the aircraft to route directly over France to get to the Netherlands. Instead, the A318 initially flew North West before flying north up the Bay of Biscay. This allowed the aircraft to pass overhead the United Kingdom one last time. It’s unclear exactly why this route was chosen, and a British Airways spokesperson declined to comment. Excluding this flight, G-EUNA clocked 38075 flight hours during its life, according to data from the Civil Aviation Authority.

Looking back at BA001

The British Airways A318 flew exclusively between London City Airport during its time in service. However, unlike British Airways’ other long-haul aircraft, this baby bus was more akin to a private jet. That’s because the aircraft had just 32 lie-flat business class seats in a 2-2 configuration.

Given the COVID-19 pandemic, demand for the service plummeted, especially from business travelers, who were the primary target market. BA001, the callsign formerly used by the New York Concorde service, could not take off from City with enough fuel to cross the Atlantic due to the short runway. As a result, it would stop in Shannon to fully refuel. As a US Preclearance Facility, BA passengers would clear immigration procedures in Ireland, landing in New York as a domestic arrival.