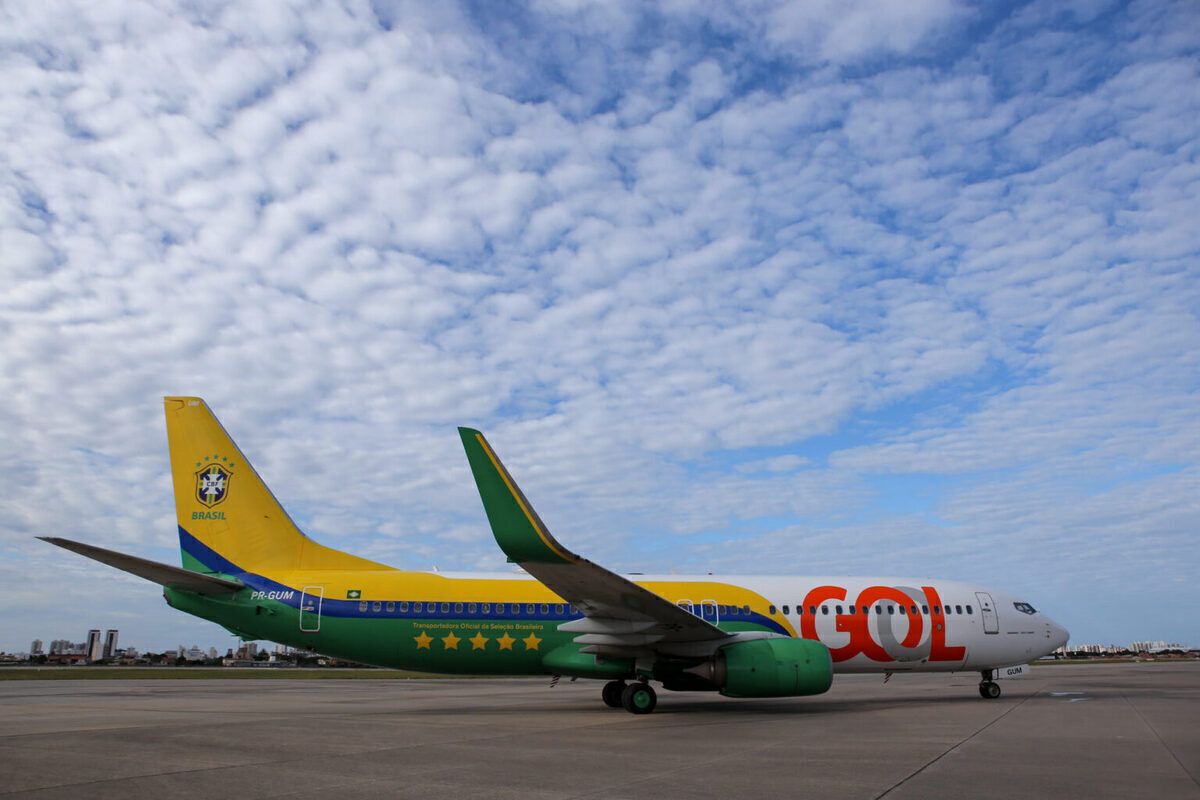 The Brazilian airline GOL Linhas Aereas turned 20 years old today. It had its first flight on January 15, 2001, connecting Brasilia and Sao Paulo. Now, to celebrate GOL’s first two decades, the airline used one of its Boeing 737 MAX to design a 20 in the sky.

So much has changed since GOL started its operations in Brazil. First and foremost, when GOL launched operations, the Brazilian air market looked very different. LATAM Brazil didn’t exist, neither did Azul Linhas Aereas. Instead, we had other carriers like Varig and TAM.

By that time, Varig was already on life support and would eventually cease operations and dividing into two. GOL acquired one of the two Varigs along with its loyalty program, Smiles. Meanwhile, TAM would continue to exist for another decade before merging with Chilean LAN and launching the South American giant, LATAM.

Since commencing operations, GOL followed the steps of Southwest. It has always had one single type fleet, operating only Boeing 737 aircraft. In its first year, GOL transported 1.63 million passengers. It was also the fifth most important carrier in Brazil, after TAM, Varig, VASP, and Rio Sul.

Since then, GOL Linhas Aereas has grown bigger and stronger. Between January 2001 and November 2020, the airline had transported more than 459 million passengers. That’s twice the Brazilian population!

In a statement seen by Simple Flying, GOL said,

“During these two decades, we have shared our passion for flying with thousands of Brazilians, many of them flying for the first time in their lives, in over four million flights in Brazil and elsewhere. We have offered innovative services, pioneered in the use of technology, and reinvented ourselves. We’re very proud to have democratized air transport in Brazil.”

At the end of 2020, GOL had a fleet of 127 Boeing 737. Seven of these are models Boeing 737-MAX, the newest gamble of the Brazilian carrier. It became the first airline worldwide to bring back the MAX, and it is currently its largest operator.

Due to the current COVID-19 crisis, GOL has had to reduce the size of its fleet and orders for new aircraft. Since the start of the pandemic, the airline rejected leasing contracts of 14 Boeing 737 NG. It also reduced its 2020-2022 Boeing 737 MAX deliveries by 34 aircraft, GOL added in a statement.

To celebrate its first two decades, GOL used one of its Boeing 737 MAX to paint a 20 in the sky. GOL’s flight 39688 was operated on December 1, 2020. While that may seem weird (why do a celebratory flight so far in advance?), it makes perfect sense.

During the first days of December, GOL was working with the Brazilian Government to recertify its MAX fleet. To do so, the airline had to do some passengerless test flights.

GOL used one of these flights to draw the 20 in the sky. It killed two birds with one stone and avoided using precious fuel and flight hours in January when the aircraft could be deployed on a commercial flight.