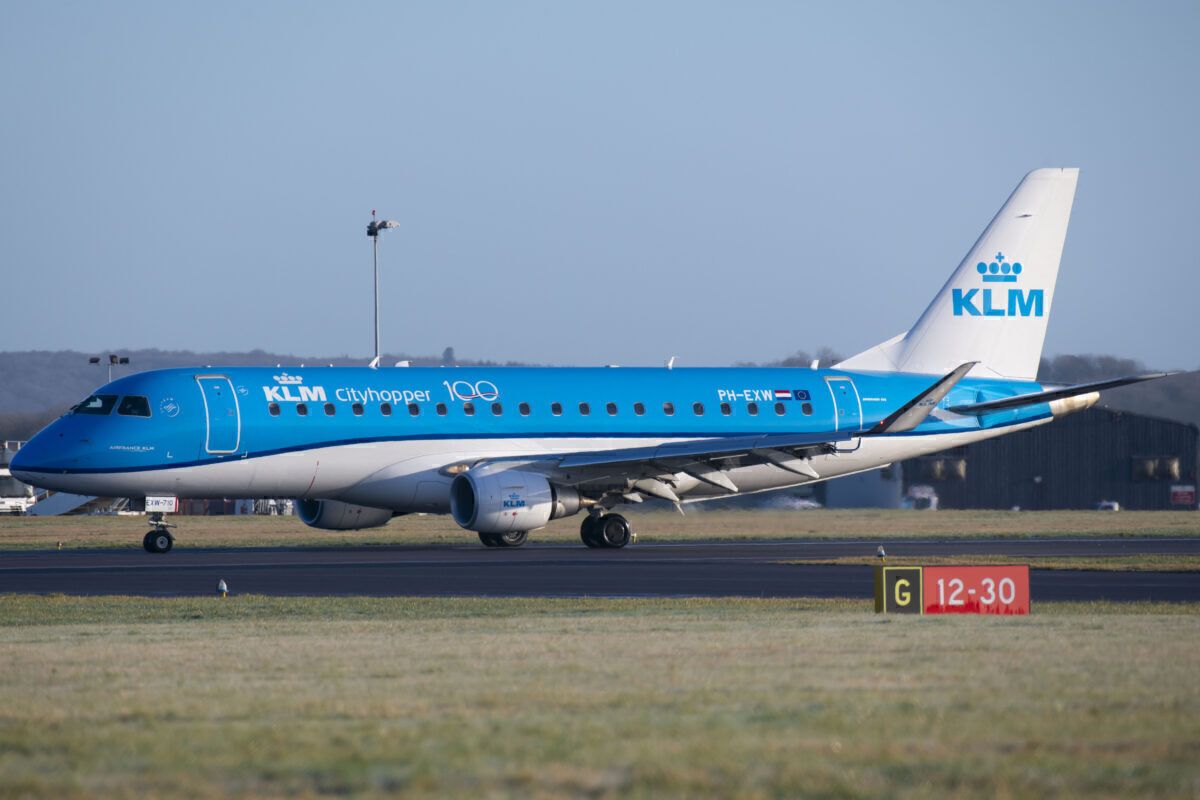 Earlier this week, a KLM Cityhopper Embraer E195-E2 suffered a lightning strike while on approach to Berlin. The flight to Brandenburg Airport (BER) had originated in Amsterdam Schipol (AMS). The aircraft involved had been in service for less than a month. But how exactly did the incident play out, and what were the impacts on the plane and its occupants?

The flight in question

KLM Cityhopper flight KL1831 is a daily scheduled service that connects Amsterdam and Berlin. According to RadarBox.com, its scheduled departure time is 16:25 local time. Arrival in the German capital takes place 85 minutes later, at 17:40.

RadarBox.com’s data shows that KLM Cityhopper has operated all three of its different-sized Embraer E-Jet designs on this flight in recent weeks. This is an understandable phenomenon, given the unpredictable, fluctuating nature of a flight’s required capacity under the current circumstances.

KLM Cityhopper currently has fairly limited competition on this route. The only other airline connecting Amsterdam and Berlin is low-cost carrier easyJet. Deutsche Bahn operates direct rail services along this corridor under the InterCity brand, but these take more than six hours. As such, KLM Cityhopper is well-positioned to dominate the time-conscious business market here.

On March 11th, KL1831 did not enjoy the punctual arrival into Berlin that data suggests it is accustomed to. According to The Aviation Herald, this was because of a lightning strike that the aircraft suffered on approach to the new Brandenburg Airport. This resulted in its crew electing to enter a hold at 5,000 feet, which it stayed in for around 20 minutes.

Lightning striking aircraft is a more common phenomenon than one might have otherwise expected. As such, planes are designed to withstand such a shock. The bolts often do not majorly impact the aircraft’s operation beyond temporarily causing its instruments to flicker. This meant that KL1831 was able to safely land on Brandenburg’s runway 25R at 18:02 local time.

Despite the safe landing, the aircraft was kept on the ground in Berlin following its arrival as a precautionary measure. This will have allowed for a further assessment for any more significant damage that the lightning strike may have caused. This meant that KLM Cityhopper had to cancel the return leg to Amsterdam, which is numbered as KL1832.

The plane that suffered the lightning strike in Berlin bears the registration PH-NXA. According to Planespotters.net, this is one of just two examples of the next-generation Embraer E195-E2 in the KLM Cityhopper fleet. PH-NXA was the first of these aircraft out of a total order of 25 to be delivered, with options for 10 more aircraft.

Delivering regional jets from Brazil-based Embraer to distant European customers is a complex logistical matter, due to such aircraft’s range constraints. This particular aircraft flew from São José dos Campos to Amsterdam via Recife and Tenerife on February 24th and 25th.

With 132 seats, the next-generation E195-E2 is the largest aircraft type in the KLM Cityhopper fleet. The carrier also operates 17 E175s (88 seats) and 32 E190s (100 seats). After two days on the ground, RadarBox.com reports that PH-NXA returned to service on March 13th. Its first sector after the incident saw it return from Berlin to Amsterdam as flight KL9955.