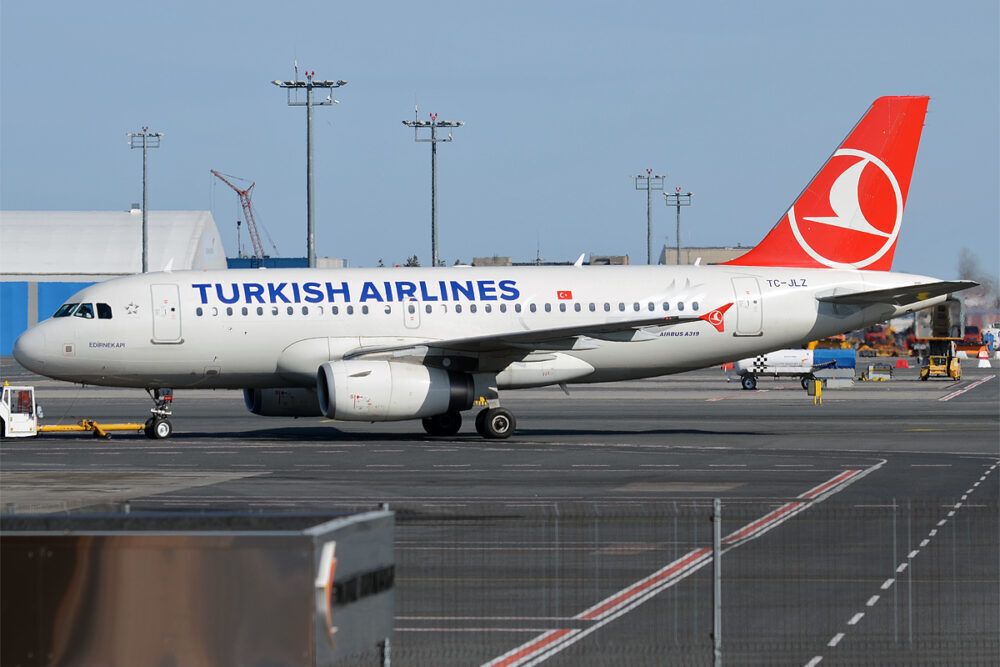 On April 4th, a Turkish Airlines Airbus A319 had to be evacuated after authorities at Warsaw Chopin Airport (WAW) received information relating to a bomb threat. When the information was received, the aircraft had already pushed back and was taxiing towards the runway.

After some time, the A319, registered as TC-JLZ, was ready to fly back to Istanbul as TK1766 with 103 passengers. However, it was around this time that Warsaw Chopin Airport received word that there may be a bomb on board, with a Polish Border Guard spokesperson saying,

“The services of the Warsaw Chopin Airport have received information that an explosive device may be onboard one of the planes,” -Lieutenant Dagmara Bielec-Janas, Polish Border Guard via Aviation24.be

Airlive.net reports that Runway 29/11 was shut down, and the aircraft was stopped on the apron and promptly evacuated. Emergency services vehicles were dispatched to the aircraft as per the airport’s standard procedures. Vehicles included a fire engine and ambulances.

Once the aircraft was clear of passengers and crew, it was searched by special forces bomb squad officers.

An inconvenient delay but a safe flight

Sometime after 22:00 local time, an airport spokesperson announced that there was nothing dangerous discovered on the aircraft and declared it a false alarm.

With the aircraft typically scheduled to depart at 19:40 local time, the bomb threat scare delayed the flight’s departure by roughly three hours and twenty minutes. The A319 was finally able to take off at 23:00.

On the other end, in Istanbul, the flight should have arrived at 23:30 local time. An already late arrival time, the incident led to TK1766 arriving at IST at 02:17 on April 5th. Data from RadarBox.com indicates the flight itself was fairly routine, with a standard duration of two hours and 17 minutes.

Turkish Airlines and the A319

The incident aircraft, the A319-100 registered as TC-JLZ (MSN 4790), is a nearly 10-year-old aircraft with the nickname “Edirnekapı.” It has only ever flown with Turkish Airlines, having been delivered from Airbus’ Hamburg facilities in August of 2011.

Within its fleet of 309 aircraft, Turkish Airlines has a sub-fleet of just six Airbus A319-100s. These have an average age of 9.9 years. All of the jets were delivered in 2011, between March and August of that year.

All of the jets are configured with 132 seats. Without a ‘proper’ business class cabin and seat, these jets block the middle seat for its business class passengers.