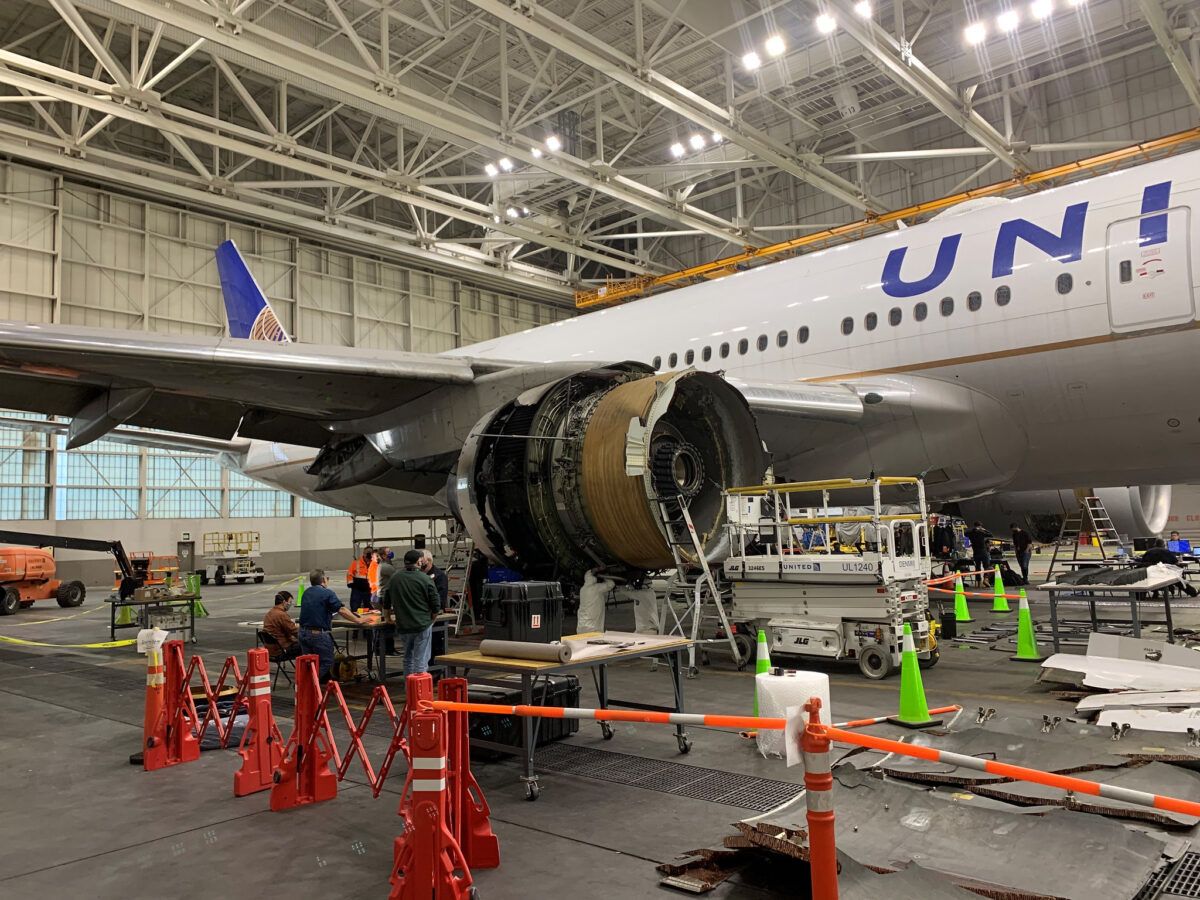 New information has surfaced in the wake of the United Airlines 777 engine failure at the weekend. An internal document from the FAA indicates that Boeing was aware of a problem with the engine covers on certain aircraft and had been planning to redesign them in the future.

Engine cover redesigns have been discussed for years

With the industry still reeling from the dramatic engine failure of a United Airlines Boeing 777 over Denver at the weekend, new details have begun to emerge on the situation. While the NTSB is still investigating the cause of the incident, today’s Wall Street Journal shares that Boeing may have been aware of an issue with this particular model of engine long before the incident occurred.

The publication states that Boeing was planning to strengthen the protective engine covers on its 777 aircraft some months before the United incident. An internal Federal Aviation Administration (FAA) document, reviewed by the Wall Street Journal, indicated that potential fixes were under discussion for as long ago as two years.

The initial discussions began when a Boeing 777 operated by United Airlines experienced an engine failure in 2018. A subsequent failure on a Southwest 737 had pushed the manufacturer to discuss potential fixes with the FAA. The document stated that, because modifications could be insufficient, Boeing was planning to redesign the engine cowls instead. It read,

“Boeing has decided to redesign the fan cowl instead of trying to modify existing fan cowls to address both the structural strength concerns and moisture issues … Boeing will be manufacturing new fan cowls and providing service instructions for operators to remove and replace the fan cowls.”

This document dates back to August 2020 and was part of a routine update on Boeing’s activities to the FAA. Neither Boeing nor the FAA provided any comment to the Wall Street Journal on the progress of this redesign.

Design changes can be a long process

The lack of progress on redesigning engine covers is understandable. Changing anything on an airplane such as this involves rafts of regulatory and certification hurdles. Still, with renewed impetus following the weekend’s events, Boeing is likely to have shifted this higher up the priority list. An FAA spokesperson told the Wall Street Journal,

“Any proposed design change to a critical piece of structure must be carefully evaluated and tested to ensure it provides an equivalent or improved level of safety and does not introduce unintended risks.”

While damage to the engine housing is rare, it has been thrown up in a handful of incidents in the past few years. In 2018, United Airlines flight 1175 was heading to Honolulu from San Francisco when it lost an engine cover over the Pacific. It landed safely in Honolulu, but passengers reported a very tense flight. The engine on the 777 was the same PW4000-112 used on the aircraft involved in last weekend’s incident.

In December, a Japan Airlines 777-200, also powered by the PW4000-112, experienced a similar incident. A broken fan blade was believed to be the cause of the loss of a large panel from the engine housing.

At the weekend, a Longtail Aviation cargo 747 experienced engine failure, which similarly resulted in pieces falling to the ground. Two people were injured. The engine was from the PW4000 series, but was a different model to those on the 777s.

To date, engine safety has focused on the housing being strong enough to contain a broken fan blade, safely ejecting them out of the back. The issue now is that, in these recent incidents, fan blades appear to have shot forwards and damaged the engine covers. In tests, engine covers are not attached to the housing as it restricts the visibility of the blades.