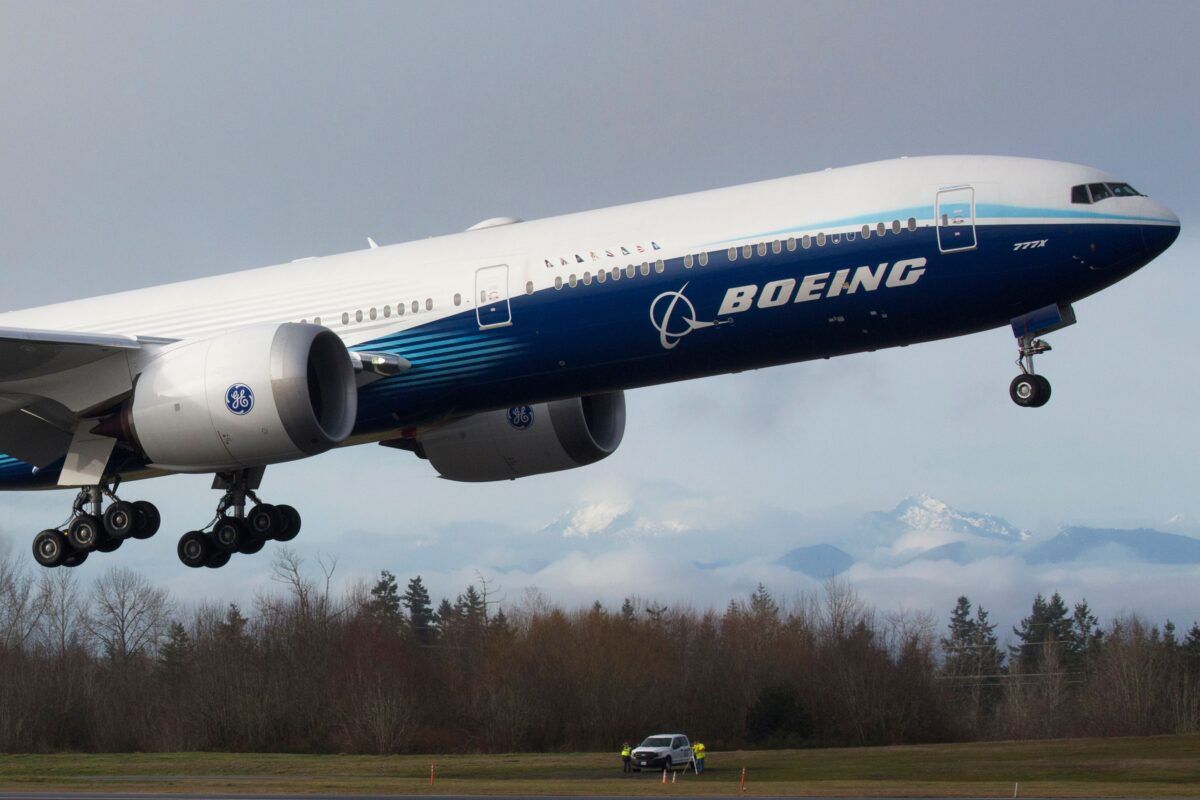 Boeing’s 777X program is pushing ahead in its certification efforts, with one of the demonstrators spotted doing long-range flight testing this week. So far, N779XZ has undertaken five long-range tests, following a stint in Alaska for cold soak testing. Here’s an update on what’s going on with the flight tests for the 777-9.

One of Boeing’s 777-9 demonstrators has been spotted this week undertaking its long-range flight testing. N779XZ flew yesterday from Seattle to just south of Sacramento and back twice, maintaining an altitude of around 33,000 feet throughout the trip.

The aircraft took off at 11:05 PST and flew for a total of five hours and nine minutes before landing back in Seattle at 16:33. It was the aircraft’s second flight of this month and its ninth since the start of the year.

N779XZ hasn’t been the most prolific demonstrator involved in flight testing. Since last September, it has operated only 19 flights, averaging just 2.2 hours in duration.

N779XZ is Boeing’s fourth demonstrator for the 777X program. It was first spotted in Seattle back in August 2020 and took its maiden voyage in September. Most recently, in early February, the aircraft was ferried to Alaska for cold soak testing, spending a week in Fairbanks before returning to Seattle.

Since then, it has been undertaking long-range flight testing. Today’s flight was the fifth long test run of more than four hours. Previously, the aircraft has been limited to operating flights under three hours in duration.

The first long-range test was conducted on February 23rd, lasting four and a half hours and traveling directly east as far as Fargo in North Dakota.

The second was on February 25th and saw the 777-9 flying south from Boeing Field down the Pacific coast. It turned around just past Santa Cruz and did a couple of laps along the California coast before heading back to Seattle. That flight lasted just over five hours.

February 26th saw the longest flight yet. The 777X flew for more than six hours and 20 minutes and saw the aircraft doing multiple laps up and down the coastline of Oregon and California. Interestingly, this included around 90 minutes of flying at low altitude of 10,000 feet or less.

Finally, March 1st was a day for high altitude testing, so it seems. The 777X again took a long trip down the Pacific coastline before returning to Washington State for some high altitude loops. The aircraft flew at around 43,000 feet for two hours before heading back to Seattle.

Today’s flight was a more standard affair but another key effort in the program of achieving certification.

What about the rest of the demonstrators?

The first 777X to roll out of Boeing’s factory, N779XW, has been perhaps the busiest aircraft of all. It performed 26 flights in January alone and unusually has been operational around airports away from Seattle. Right now, it is testing its legs out of Clinton, Oklahoma, where it appears to be taking on some challenging low altitude maneuvers.

N779XX has been active too. RadarBox.com data shows it has flown an average of 12 flights per month, with flight times averaging three hours each. It, too, seems to be involved in long-range testing, having flown for five hours and seven hours on consecutive days in mid-February.

N779XY has been less busy, flying only six times since its maiden voyage on August 3rd, 2020. It hasn’t flown since January 22nd but is likely undergoing a variety of tests on the ground.

Overall, the program is moving forward at pace, with flight testing clearly underway for a range of scenarios. Although the first delivery is not expected before 2023 now, Boeing is clearly keen to put all its 777X demonstrators through their paces in the run-up to certification.