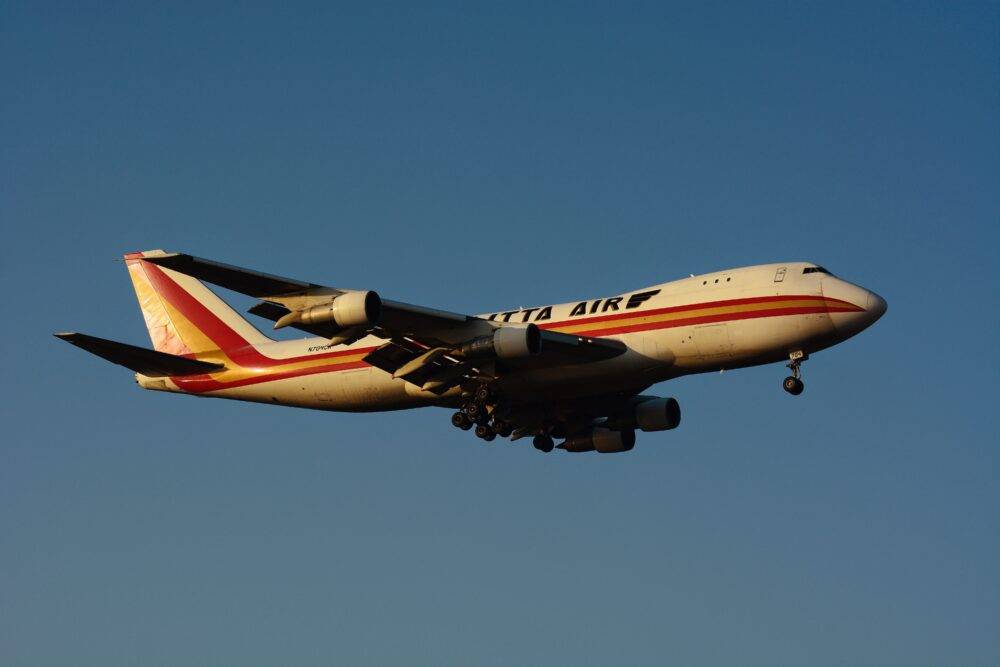 A Boeing 747-200 suffered an engine stall and shutdown while taking off yesterday, forcing it to return to Karachi International Airport. The aircraft belongs to a Kyrgyzstan-based charter operator Aerostan, which operates two 747s and one A300.

The incident occurred on a flight, numbered BSC 752, yesterday from Karachi International to Cairo International Airport. Data from FlightRadar24.com shows that the aircraft took off at 22:55 local time, bound for Cairo. Less than 15 minutes after it began its climb to the cleared flight level of 30,000 feet, the aircraft stopped climbing.

According to AvHerald, the aircraft suffered a stall and shutdown of engine number four soon after takeoff. This prompted the crew to request permission to remain at 18,000 feet and turn around to return to Karachi Airport. However, the aircraft did not land immediately.

As the aircraft’s takeoff weight is much higher than the landing weight due to the fuel being carried, the 747 first had to dump fuel. This means the aircraft continued to fly over the Arabian sea and the city of Karachi for nearly 45 minutes after requesting permission to land to reduce the fuel onboard.

Once it had burned enough fuel to prevent a hard landing or structural damage, the 747 landed at 23:53 local time, nearly an hour after taking off.

The aircraft involved in the incident is 34-year-old Boeing 747-200, which originally entered service with United Airlines in 1987, according to Planespotters.net. The plan was later converted from a passenger variant to a freighter, coming into service with Northwest Airlines (which later merged with Delta) in 2000. The 747 made its way to cargo operator Kalitta Air in 2011, who flew it until 2019.

Following a brief period in storage in 2019, the aircraft went to Kazakhstani carrier Sigma Airlines in December. After less than a year in service, the aging 747-200 made its way to Kyrghstan-based Aerostan in October 2020.

The Boeing 747 is undoubtedly a safe and reliable aircraft, with thousands of aircraft operating over the decades. However, as passenger operators dwindle, cargo airlines are the last few operators of the “Queen of the Skies.”

Can the 747 fly without one engine?

The incident yesterday raises the question of whether a 747 can fly if it loses one engine. The answer is yes, although the aircraft will need to land as soon as possible. Pilots are trained to fly the 747 with only two or three engines still functioning.

Notably, the 747 has been in situations where it has only had one engine working, but could not safely land on that alone. The four engines undoubtedly create redundancy on the 747, making it a favorite for Presidential aircraft in specific.

The Aerostan 747-200 still remains on the ground in Karachi at the time of writing. This likely to ensure the plane undergoes thorough checks and repairs before returning to the skies.