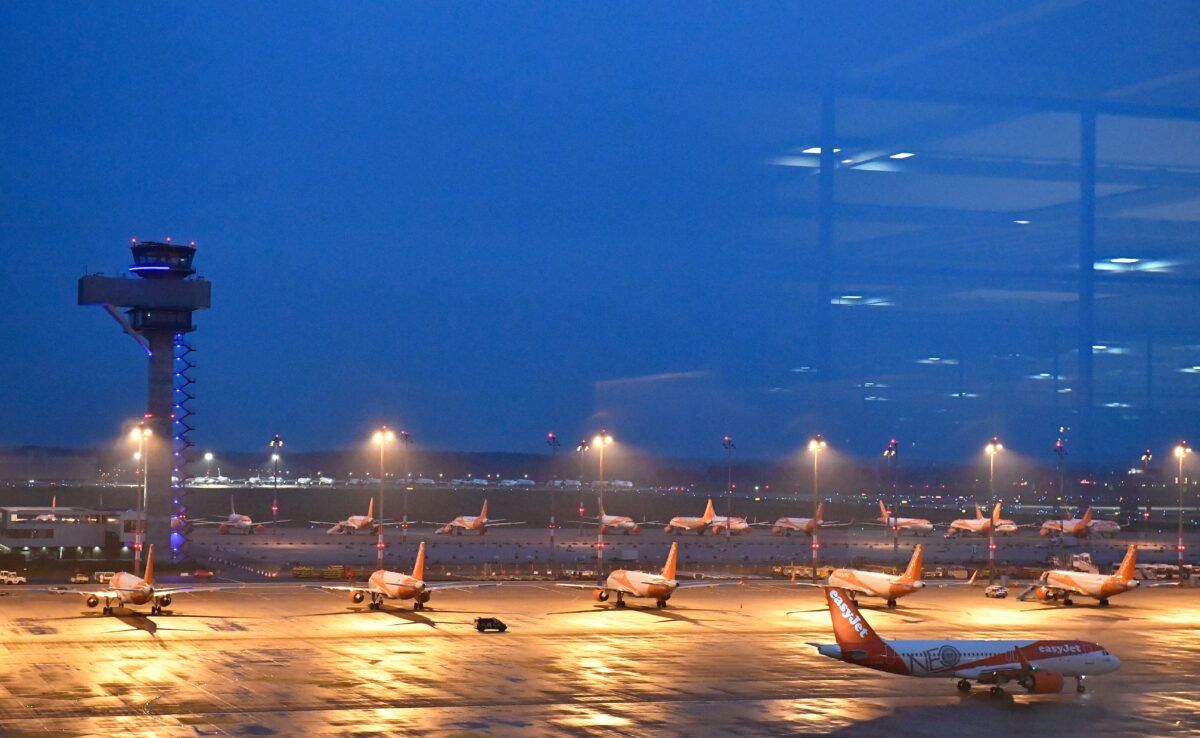 Berlin Brandenburg Airport (BER) will temporarily close its Soviet-era Terminal 5 following a sharp decrease in people flying. A statement released yesterday from the airport operator seen by Simple Flying, Flughafen Berlin Brandenburg (FBB), announced it was temporarily closing Terminal 5 starting from February 23, 2021. The airport operator said that all airlines that previously were using terminal 5 will now operate from Terminal 1.

Turkish-German airline SunExpress will be the last airline will leave Terminal 5 on 22 February. Forced to help reduce operating costs due to the global COVID-19 pandemic, FBB has decided to mothball Terminal 5 for a year and operate the flights the terminal used to handle out of Terminal 1.

Schoenefeld Airport was built in 1947

Located near the town of Schönefeld 18 km (11 mi) southeast of Berlin, Berlin Schoenefeld Airport (SXF) was the home of Henschel & Son, where they manufactured the Dornier Do 17Z medium bomber. Following the end of the Second World War, the area was occupied by the Soviet Union. In 1947, the Soviet Military Administration in Germany approved the construction of a civilian airport at the site creating the only airport in East Berlin.

Following the reunification of Germany in 1990, the cost of operating three airports in Berlin, Schoenefeld Airport (SXF), Berlin Tegel Airport (TXL), and Berlin Tempelhof Airport (THF), did not make financial sense. This led to the decision to build a new airport for Berlin that would be more efficient and cut down on aircraft noise.

Built on the site of SXF, Berlin Brandenburg Airport (BER) was originally scheduled to open in 2012. For all kinds of reasons, mainly due to fire and safety issues, the airport did not open until November 2020. At the time, low-cost carriers like Ryanair, easyJet, and Wizz Air continued to operate out of Schoenefeld’s Soviet-built terminal, now Berlin Brandenburg Airport Terminal 5.

Given the fallout brought about by the coronavirus, Brandenburg Airport said it expected to handle around nine million passengers in 2021. Terminal 1 alone can handle up to 28 million passengers a year, negating the need to keep other terminals open given the current conditions.

Heathrow did the same thing

Heathrow Airport Holdings Limited announced in December 2020 that there were closing Terminal 4 until the end of 2021. This came about following a decline of 88% in passenger numbers as travel restrictions and a second lockdown took their toll on the number of people flying. The closure of Terminal 4 led to Air France, Etihad, and KLM moving their operations to Terminal 2. A similar thing to what will happen to the carriers operating out of Brandenburg Terminal 5 moving their operations to Terminal 1.

If airports worldwide have not yet moved to consolidate their operations into more manageable units, Brandenburg’s decision to mothball one of its terminals may have other airport operators considering similar types of action. With this in mind, if the airport you are departing from has multiple terminals, be sure and find out where the airline you are flying on is operating out of before you arrive at the airport.