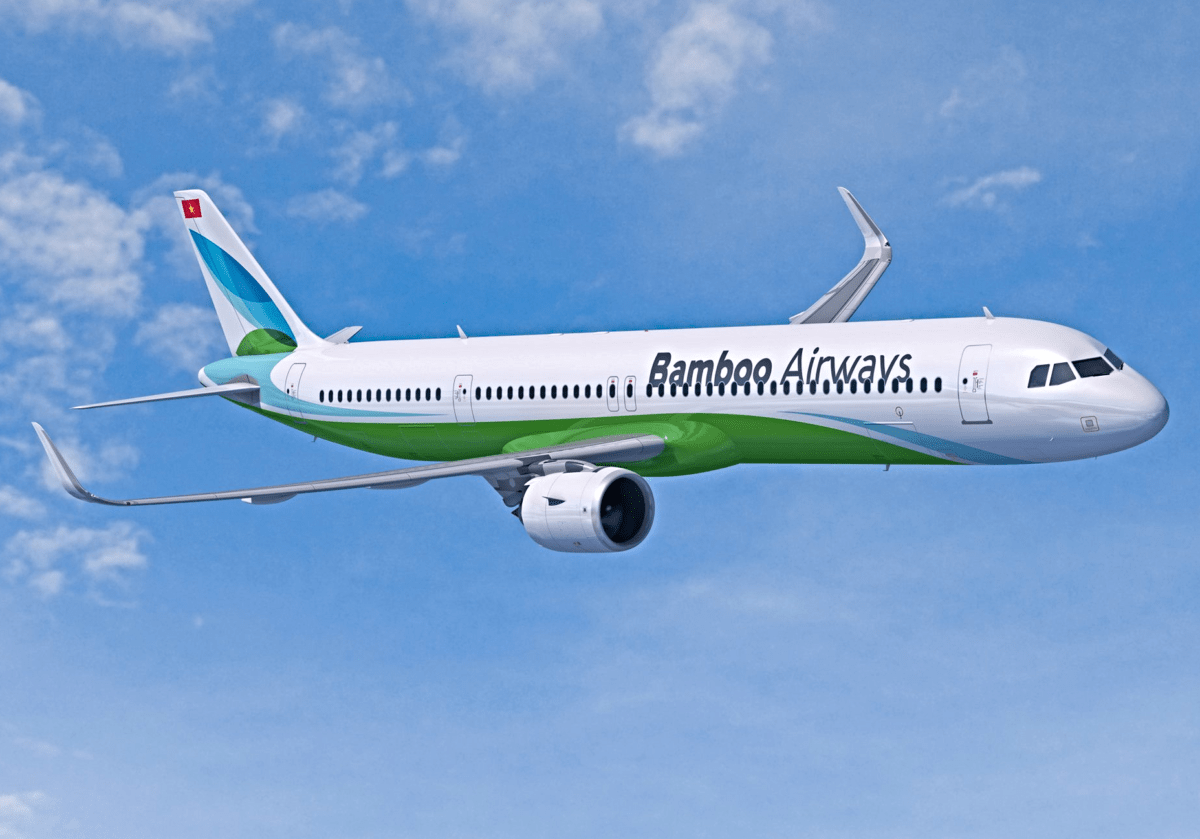 “The A321neo will enable us to combine comfort, efficiency, and the right capacity for our planned services, which will primarily serve fast-growing leisure markets in Vietnam,” said Bamboo Airways’ Trinh Van Quyet.

“This decision once again underscores the position of the A321 as the aircraft of choice in the mid-market segment with its additional capacity and the very lowest operating cost.”

The aircraft promises a 16% fuel efficiency edge over comparable aircraft. That’s in addition to significant noise and emission cuts.

The first of 30 Airbus A321neos for Bamboo Airways

The plane, VNA222, flew to Hanoi from Hamburg via Bateen Airport in the UAE. Both sectors took just under six hours to fly. After arriving in Hanoi, Bamboo Airways didn’t let the plane rest long. Two days later, on February 8, VNA222 was in the air and flying around Vietnam for the busy Lunar New Year.

It’s a good thing Bamboo Airways is happy with their first A321neo. They have ordered 30 of them. All are due to touch down in Vietnam by 2025. They might need them too. Since starting operations just 25 months ago, upstart Bamboo Airways has captured a 16.7% domestic market share in Vietnam. Bamboo Airways has moved onto 50 routes in and around Vietnam and carried around seven million passengers in that short window. Despite most international services in and out of Vietnam getting suspended, there’s plenty of airline activity within Vietnam.

While much larger competitor Vietnam Airlines has flagged losses exceeding US$600 million from 2020, Bamboo Airways has just announced pretax profits of US$17.38 for the year. It might be a slender profit, but it’s a profit nonetheless. It is a remarkable achievement for a startup airline that’s also had to deal with 2020.

Bamboo Airways makes a profit in 2020

Despite the tough year, Bamboo Airways increased its profits against 2019 levels. Bamboo Airways also operated more flights and flew more passengers than in 2019. Unlike Vietnam Airlines, Bamboo Airways is primarily a domestic airline. It has benefited from Vietnam’s domestic aviation market getting back to normal. International border closures mean flight happy Vietnamese have to stick close to home. That also helps Bamboo Airways fill up their seats.

But there’s no guarantee Bamboo Airways’ strong performance will continue this year. The domestic market is operating at close to capacity. To get significantly more Vietnamese flying, fares will need to get reduced from already low levels. That will impact the bottom line of Bamboo Airways and its competitors. Until international flying resumes (and Bamboo Airways is keen to expand its international operations), the potential to absorb the excess capacity coming into Vietnam may be limited. With 30 new Airbus A321neos to fill over the next few years, that’s a lot of extra business Bamboo Airways will need to generate. Still, given their track record over the last two years, they may just pull it off.