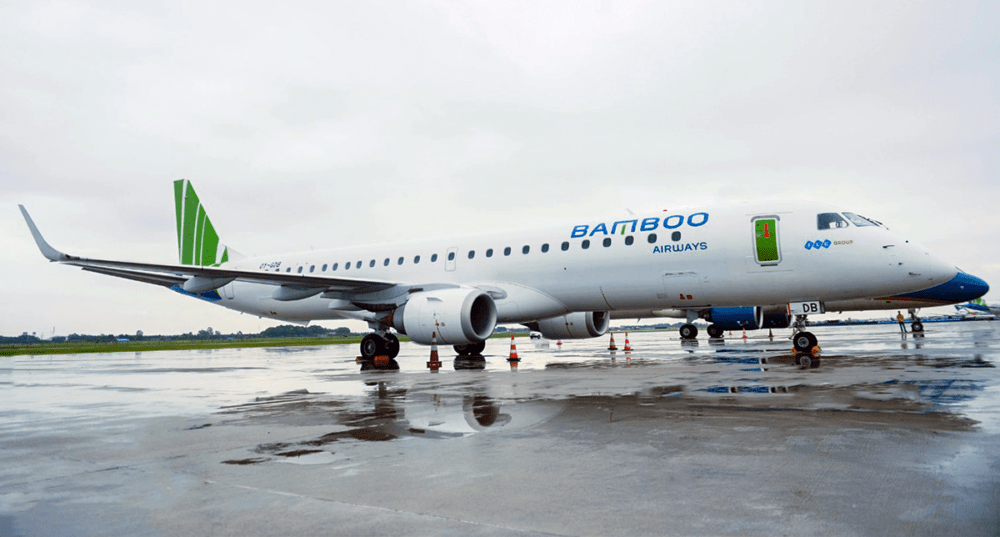 On January 24th, an Embraer E195 flying for Bamboo Airways from Da Nang to Con Dao declared an emergency, reporting a fuel leak. The incident took place after take-off, and the crew had to return to Da Nang. The E195 is on lease from LOT Polish Airlines.

The incident aircraft was a LOT Polish Airlines Embraer E195 flying on behalf of Bamboo Airways, with registration SP-LNH. The jet was performing flight QH1061 from Da Nang to Con Dao in Vietnam. The flight departed Da Nang at 07:47 local time.

According to The Aviation Herald, the aircraft had just leveled off at cruising altitude, FL300 (approximately 30,000 feet), when the crew declared an emergency and made the decision to return to Da Nang. Reporting a fuel leak, the E195 made a safe return and landing back at Da Nang airport on runway 35R, about 40 minutes after the initial departure.

After landing SP-LNH, a replacement LOT Embraer E195 was dispatched to resume the journey and carry passengers to Con Dao. The replacement aircraft was registered as SP-LNM and eventually reached Con Dao, with a delay of three hours.

As for SP-LNH, it remains on the ground in Da Nang, over 24 hours since the incident took place.

Bamboo Airways and its E195s

Bamboo Airways’ entire fleet of five Embraer E195s is on lease from two different European carriers. Two jets, OY-GDB and OY-GDC, are on lease from Danish regional carrier Great Dane Airlines. The other three have been leased out by LOT Polish Airlines and are registered as SP-LNH, SP-LNI, and SP-LNM.

“Bamboo Airways is proud to offer jet-operated flights to Con Dao with the E195s. The aircraft’s short runway performance makes it an ideal aircraft for flights to and from Con Dao. The two by two seating will offer our passengers a high level of comfort in a modern, spacious aircraft, including the one-of-its-kind Business Class on the route to Con Dao.”

Bamboo Airways’ E195s have been busy flying domestic services despite a global downturn in travel activity. In fact, up until the incident occurred, FlightRadar24.com data shows that SP-LNH was operating as many as six flights in a day. It has been serving cities across Vietnam, including:

Norwegian’s New Airbus And Boeing Orders Could Be Lost

Struggling Norwegian Air is in front of the Irish High Court this week to assess the validity of its debt liabilities. W …