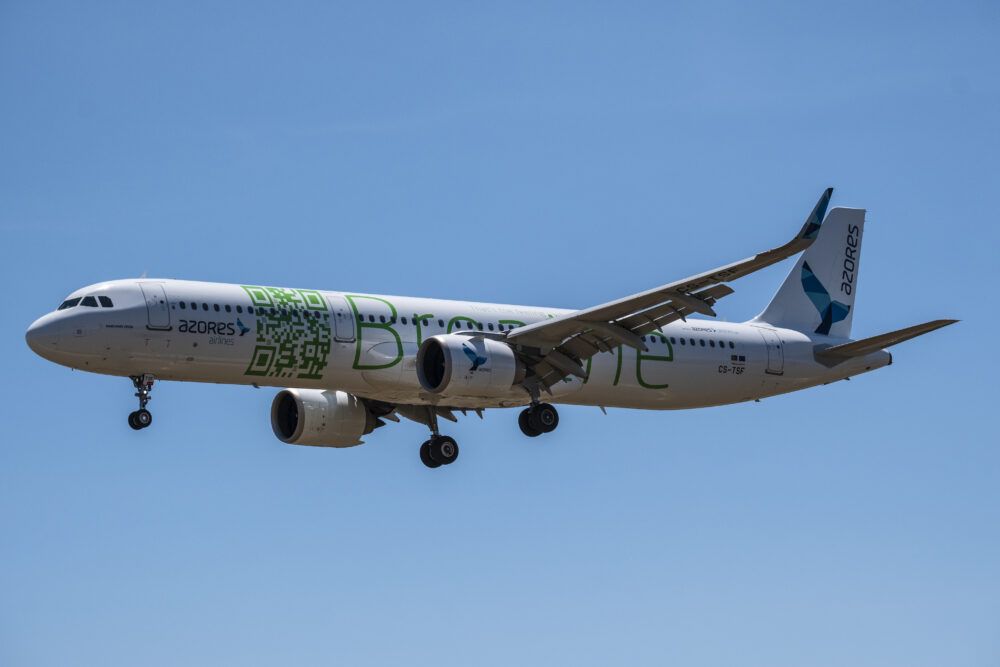 Azores Airlines has beat out Air Transat for the longest commercial Airbus A321LR flight recorded. On January 3rd, the carrier flew a nonstop flight between Lisbon and Bogota, taking just under 10 hours. Air Transat’s flight clocked in at under nine hours. According to the airline, the flight highlights the versatility of the Airbus A321LR.

The longest recorded commercial Airbus A321LR flight distinction now goes to Azores Airlines for a flight between Lisbon, Portugal, and Bogota, Colombia. On January 3rd, S46865 took off from Lisbon and flew nonstop for nine hours and 49 minutes to Bogota.

According to data from Flightradar24, the aircraft that operated the flight is registered as CS-TSI. A brand new aircraft only delivered a few months ago, this aircraft is in the Azores Airlines “Inspire” livery, which was fitting for this service. The return flight from Bogota to Lisbon took about nine hours and 20 minutes.

A new route for Azores Airlines?

This flight does not appear to be a regularly scheduled commercial flight. Azores Airlines flew the aircraft on a one-off, and Bogota does not appear on the airline’s website as a bookable flight.

There are no regularly scheduled nonstop flights between Bogota and Lisbon. TAP Portugal does not operate the route, and nor does its Star Alliance partner Avianca. With new Airbus A330-900neo aircraft, TAP could jump in on the route or be beaten by Azores Airlines.

Azores Airlines is based out of Ponta Delgada’s João Paulo II Airport (PDL). The airline regularly flies to Lisbon but prefers to fly passengers with a stopover in the Azores Islands.

It is unclear why Azores Airlines flew this route. However, the airline does have room for expansion. The carrier’s Airbus A321LRs can do a lot out of PDL. Seating 190 passengers, these planes are primarily configured for leisure passengers. Azores Airlines could also get some connecting traffic for passengers heading to cities like Lisbon via a stop in the Azores. The airline is adding a not-quite-transatlantic route this summer.

Since the Airbus A321LR took its maiden flight almost three years ago, the airline industry has savored over the next generation of long-haul narrowbody aircraft. The A321LR has a maximum range of 4,000 nautical miles out of the Azores, according to Airbus. The plane was marketed for transatlantic operations and has been popular there.

Some notable airlines that have taken the Airbus A321LR or have some on order include JetBlue (which plans to use them for flights to London), Aer Lingus, which is expanding its transatlantic operations using the jet, and TAP Portugal, among others.

The longest Airbus A321LR flight actually happened in April of 2018. The plane flew from Mahé in Seychelles to Toulouse, France, on an Airbus test flight. This distance of 4,750 nautical miles took 11 hours to cover. The aircraft could easily make this flight because it was not filled with paying customers. Once you add customers, crew, baggage, and cargo, the aircraft’s range clocks in at 4,000 nautical miles or less, depending on how loaded the aircraft is.