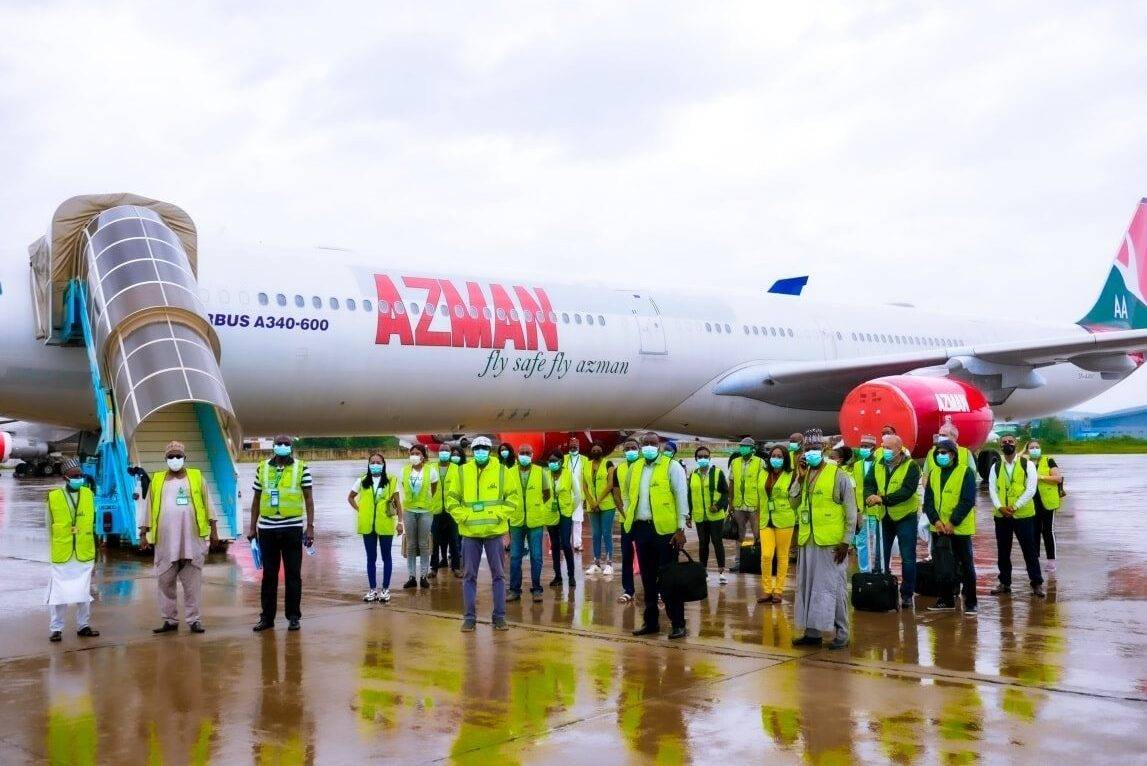 Nigerian carrier Azman Air is seeking to acquire a second Airbus A340 aircraft to join its fleet. As part of the airline’s 2021 expansion plan, the aircraft would allow it to launch international services to destinations such as Dubai.

Many airlines have been shunning four-engined jets as the two-engined equivalents are now much more fuel-efficient. This includes the Airbus A340. Even all-A340 operator Air Belgium has parted ways with one of its aircraft. This has led to much availability of the type. Indeed, just on My Air Trade alone, 13 of the four-engined jets are on sale.

Azman Air turned heads with its unique Airbus A340 layout back in 2020. The airline, which previously just operated narrowbody aircraft, took its first Airbus A340 from European Aviation. The aircraft, 5N-AAM, is 14.4 years old, having been delivered to Virgin Atlantic in August 2006, according to Planespotters.net.

According to a recent Facebook post by the airline, it seeks to spread its wings further in 2021, in what it calls “a Mega Plan to dominate the Nigerian Aviation Market in 2021.” According to the airline, this second Airbus A340 would be used to launch international operations from Kano. Initially, the airline is eyeing services to China, Dubai, and Jeddah.

As mentioned previously, there is no shortage of Airbus A340s on the market at the moment. Of the 13 listed on My Air Trade, 11 are listed by European Aviation. As they provided Azman Air’s current A340, it wouldn’t be a surprise to see a second plane coming from the company.

Not just seeking a new Airbus A340

The plan doesn’t just see Azman seeking an Airbus A340 as it looks to expand within Nigeria’s aviation market. The carrier is also seeking five Boeing 737-800 aircraft to expand its short-haul network into additional African nations.

As far as regional flights are concerned, the airline is also looking to acquire five ‘lower capacity aircraft.’ These could be anything from the Dash 8 and Q400 to the A220 (although the latter seems less likely). Azman will use the lower capacity aircraft to serve quieter domestic routes in Nigeria.

Azman Air took delivery of its first Airbus A340-600 back in March 2020. The aircraft had been retired by Virgin Atlantic in October 2019. Data from Planespotters.net suggests that the aircraft entered into service on November 28th.

When it was delivered earlier in 2020, the unique layout of Azman Air’s A340 caught everybody’s attention. The aircraft features 411 economy seats in a 2-4-2 configuration. However, there are also two business class seats right at the front of the cabin. Some readers have suggested that these would be used to facilitate crew rest.