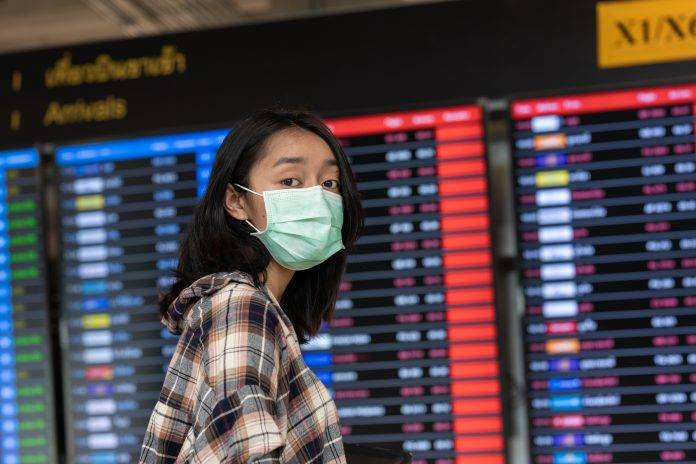 Embraer releases tech guidance for vaccine transport: Embraer has released technical guidance to assist its customers to properly define the transportation characteristics and payload requirements for COVID-19 vaccines utilising commercial aircraft. Due to the pandemic, operators are looking at the possibility of using Embraer aircraft to transport vaccines. The document includes guidance for the EMB120 Brasilia, the ERJ 145, the E-Jets, and the E-Jets E2 families of commercial aircraft. The main goal is to support airlines with proper guidance as they prepare to transport vaccines around the world. Currently, there are more than 100 customers flying a fleet of almost 2,500 Embraer commercial aircraft in more than 80 countries. The transport of COVID-19 vaccines requires temperatures as low as -70ºC, which are maintained using dry ice. An Embraer aircraft can transport over 100,000 vaccines, depending on the aircraft configuration and containers used. The guidance includes technical information, such as how operators can load and unload each aircraft. Regarding Embraer’s products, the company has released a Service Bulletin that allows ERJ 145 operators to install high-efficiency particulate air (HEPA) filters, which are standard on all versions of the Embraer E-Jets and E-Jets E2 families of commercial aircraft. HEPA filters are extremely efficient, capturing 99.97 percent of airborne particles and other biological contaminants, such as bacteria, viruses, and fungi.

Rex takes delivery of first 737-800NG in full livery: Rex Airlines has taken delivery of the first of its Boeing 737-800NGs in Sydney in full Rex livery. Rex has leased six Boeing 737-800NG aircraft in readiness for its inaugural service from Melbourne to Sydney commencing 1 March 2021. Brisbane will be added to Rex’s capital city network after Easter. Rex’s Deputy Chairman John Sharp said, “the livery of Australia’s favourite regional airline is now emblazoned on a 737, ready for take-off. It’s a historic moment. Our second 737 is currently being painted by Douglas Aerospace at one of the country’s finest aircraft paint facilities in Wagga Wagga. The remaining four 737s are undergoing scheduled checks and will be brought in-country over the next 3 months. With Rex’s entry into the domestic market, passengers are no longer forced to choose between cheap fares that come with limited service and reliable service with premium fares. Rex is bringing its renowned country hospitality to the capital city market, offering twice the value at half the cost. This is the shake-up Australia’s domestic aviation sector has been crying out for and it could not have come at a better time, as Australia struggles to recover from the worst pandemic in the last century.”

European space and digital players studying satellite-based comms: The European Commission has selected a consortium of European satellite manufacturers, operators and service providers, telco operators and launch service providers to study the design, development and launch of a European-owned space-based communication system. The study will assess the feasibility of a new initiative aiming to strengthen  European digital sovereignty and provide secure connectivity for citizens, commercial enterprises and public institutions as well as providing global coverage for rural and ‘not-spot’ areas. Complementing Copernicus and Galileo, the new EU flagship programme, once given the green light, would fully exploit the synergies of the technological potential akin to the digital and space industries. The contract value of the year-long feasibility study amounts to 7.1 million euros. The study will look at how the space-based system could enhance and connect to current and future critical  infrastructures, including terrestrial networks, strengthening EU capability to access the cloud and providing digital services in an independent and secure way, which is essential for building confidence in the digital economy and ensuring European strategic autonomy and resilience. The consortium members are: Airbus, Arianespace, Eutelsat, Hispasat, OHB, Orange, SES, Telespazio and Thales Alenia Space.

Singapore Airlines trials digital COVID pass: Singapore Airlines (SIA) has started trials on a new digital health verification process, which will be the first in the world to be based on the International Air Transport Association’s (IATA) Travel Pass framework. This will offer customers the ability to securely store and present information related to COVID-19 tests, as well as their vaccination status in the future. This service started from 23 December for customers travelling on flights operated by Singapore Airlines from Jakarta or Kuala Lumpur to Singapore. If successful, this could be extended to other cities in the SIA route network. Customers who take their COVID-19 tests at selected clinics in Jakarta and Kuala Lumpur would be given either digital or paper health certificates with a QR code. Airport check-in staff and Singapore’s immigration authority would be able to verify the authenticity of these certificates via a secure mobile app, and ensure that the customers meet Singapore’s entry requirements. Customers without a digital certificate can also present the paper version for manual verification. IATA’s Timatic registry will provide the back-end information on the Covid-19 testing and entry requirements. This is part of the modular Travel Pass solution, which aims to allow travellers to easily and securely manage their travel in line with national requirements for Covid-19 testing and vaccine information. Singapore Airlines also plans to integrate the entire process into the SingaporeAir mobile app from around mid-2021, again using the Travel Pass framework. This would support the drive towards a secure and convenient industry standard for the verification of COVID-19 test and vaccinations. The verification is enabled by an application developed by Affinidi, a Temasek-founded technology company enabling portable and verifiable data credentials.

Industry groups release guidance on aircraft leasing: As part of a comprehensive industry response to federal concerns over illegal charter flights – including those conducted under so-called “sham dry lease” arrangements – the General Aviation Manufacturers Association (GAMA) and other leading industry groups today announced the publication of the General Aviation Dry Leasing Guide, which breaks down key regulatory information related to the proper use of leases and how improper use, whether intentional or inadvertent, can lead to illegal operations. The free guide was assembled by the Aircraft Owners and Pilots Association, Experimental Aircraft Association, General Aviation Manufacturers Association, Helicopter Association International, National Air Transportation Association and National Business Aviation Association. Nearly all general aviation flights – including those conducted under dry leasing arrangements – take place in compliance with Federal Aviation Administration (FAA) regulations and other applicable laws. Aircraft dry leases are commonly used in the industry, and when properly implemented, they are compliant with the regulations. In simplest terms, a dry lease is one in which the lessor simply provides an aircraft, leaving it to the lessee to obtain crew members, and also to assume operational control of a flight. That said, the FAA’s increased scrutiny over illegal charter flights using “sham dry leases” to disguise the true commercial nature of a flight – which has taken shape largely under the agency’s Safe Air Charter initiative – has led aircraft owners and lessors to seek greater clarity on the arrangements, in order to fully ensure proper compliance. Information covered in the publication includes an overview of the different types of dry leases, the difference between dry and wet leases (which involve the provision of crew members), as well as how “operational control” is determined, and how to maintain compliance when considering maintenance, authorisation and insurance requirements. It also includes 22 frequently asked questions that clearly and specifically address common causes of confusion for both operators and consumers.