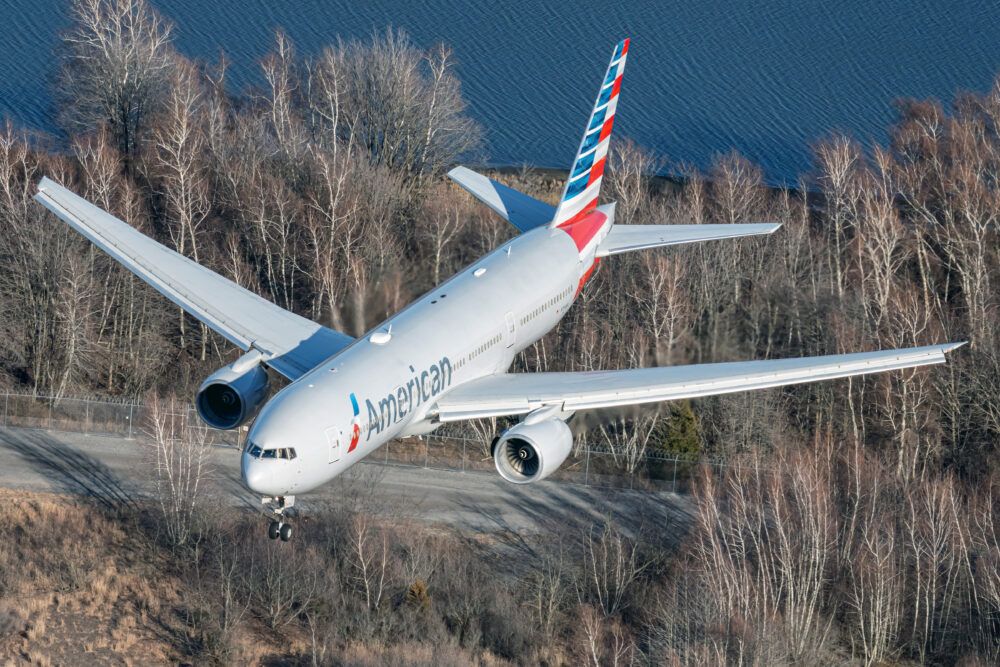 American Airlines has repaid its government loan. Taken out in the fall, the carrier leveraged its AAdvantage loyalty program on the private market to raise a whopping $10 billion in financing. The airline has touted this funding as one reason why it does not need to go looking for cash, but the new $10 billion in financing will go a long way to shoring up the airline’s liquidity position.

On March 14th, two concurrent things happened. First, American Airlines completed its notes offering of $3.5 billion in 5.5% Secured Senior Notes due 2026. The airline also completed its offering of $3 billion in 5.75% Senior Secured Notes due 2029.  Another concurrent transaction played out. American Airlines entered into a term loan facility worth $3.5 billion.

The $3.5 billion term loan facility will mature on April 20th, 2028. This has an interest rate equal to the London Inter-Bank Offered Rate (LIBOR) (with a minimum of 0.75% per annum) plus a margin of 4.75% per annum. American will pay out the outstanding principal on the loans in quarterly installments of $175 million on each payment date, which is synchronous with the payment dates listed above.

American pays off its government loan

Concurrently with this private market funding, American Airlines paid off its loan from the US government. In September of last year, American borrowed $550 million from a term loan facility provided under the Coronavirus Aid, Relief, and Economic Security (CARES) Act passed by the US government. As part of that loan, the carrier had to issue warrants to the US Treasury Department to purchase up to nearly 4.4 million shares at $12.51 per share. With Americans prepaying the loan, the agreement has been terminated.

The government loan total made available to American Airlines $7.5 billion. However, the carrier had used its AAdvantage loyalty program as collateral for this total term loan facility. These loans were separate from the payroll support American Airlines has received.

CEO Doug Parker stated the following on paying off the loan:

“American couldn’t have borrowed $7.5 billion against our AAdvantage program during the uncertainty of 2020, but the CARES Act provided the bridge that allowed us to efficiently raise $10 billion through the public markets earlier this month. We wouldn’t be in the position we’re in today without that bipartisan support, and it is something we will never take for granted. We recognize we have a responsibility to continue safely meeting our country’s transportation needs, and we are pleased to have provided a solid return to taxpayers on this loan. We are excited about supporting the reopening of the economy as our fellow citizens and neighbors across the globe return to the skies.”

Why paying off the loan makes sense

American joins its fellow large competitors, United and Delta, in leveraging its loyalty program to raise cash. Delta Air Lines, in fact, raised $9 billion from the offering. Eyeing this, as American could only leverage its program to raise $7.5 billion with the government, the carrier saw an opportunity. Americans initially planned to raise $7.5 billion from the AAdvantage funding but later upsized that to $10 billion.

Under the new financing, American Airlines has access to another $2.5 billion in funding, and the overall funding is payable later, which means fewer debt obligations in 2025. The government-backed term loan facility would have matured and been due in all one payment in 2025, compared to spreading out the finance dues over a period of time in this case.

As American Airlines implements its “Green Flag Plan” for working its way out of the crisis, this additional funding confidently led its team to assert that it was not currently going out and looking for more cash.

How will this impact AAdvantage members?

AAdvantage members should not see an impact due to the new financing deal. Members will still be able to keep their miles, with some subject to expiration dates, and use them as they see fit. Earning rates will also not change due to the financing, but American may adjust them as its partnerships are adjusted.

Basically, the customer-facing side of the loyalty program will not change as a result of this financing. American still has the option to adjust some parts of the program, such as making it easier to earn elite status or adding new partners for customers to earn and burn miles with.