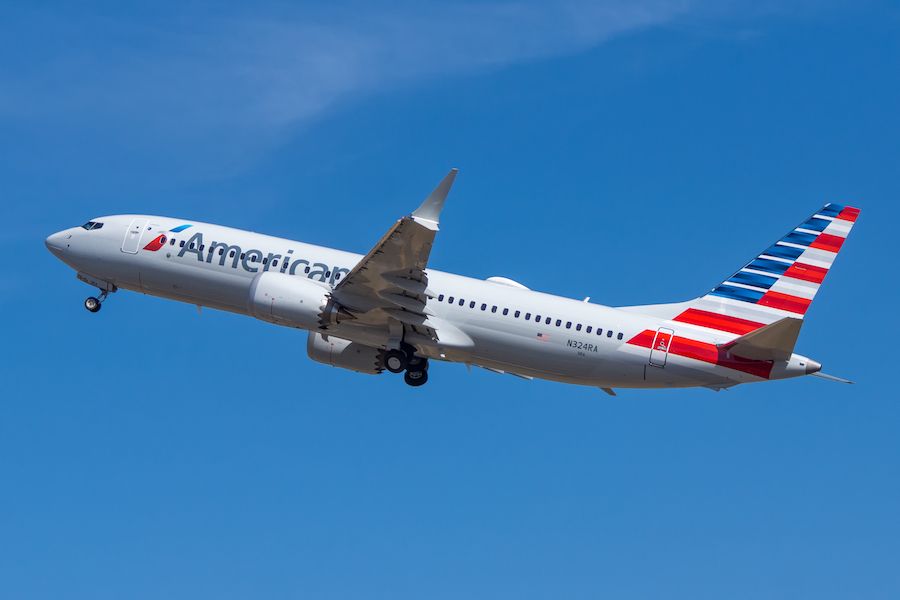 American Airlines has its recently reintroduced Boeing 737 MAX 8 aircraft scheduled to fly between the U.S and South America. From March 5, the Forth Worth-based carrier will fly the single-aisle Boeing between Miami and Manaus in North Eastern Brazil. The news was reported by Aviacionline, based on Cirium data.

From March 5, American Airlines Boeing 737 MAX 8s will fly four times a week between Miami and Manaus. Flights leave Miami at 5:15 p.m., arriving at Manaos past 1 a.m. After a short 1 hour and 10 minutes turnaround at the Brazilian city, the flight returns as a red eye arriving back at Miami past 7 a.m.

American Airlines is the only carrier flying between Manaus and the U.S, as LATAM abandoned the route last year. The South American giant resumed flights between Manaus and Miami in 2016 using its 221-seater Boeing 767-300s, offering 30 lie flat seats in Business class and 191 seats in economy with inflight entertainment and 32 inches of legroom.

American’s 737 MAXs offer, in turn, 172 seats in a two-class configuration. Business class is made up of 16 recliner seats with 37 inches of legroom. There are 30 Main Cabin Extra seats, including exit row seats, offering 3 inches additional inches of legroom to the 30 inches offered in standard economy, known in American as Main Cabin. There are 128 standard Main Cabin seats.

While there is no doubt that American’s Boeing 737 MAXs are nowhere near as comfortable as the LATAMs Boeing 767-300 that had flown the route in the past, by now such comparison would not be deemed fair or relevant.

Before the pandemic, market moves already signaled that demand for medium and long-haul flying was moving from the hub-and-spoke model towards a point to point modus operandi, where consumers looked for direct flights and airlines worked to exploit profitable non-stop routes with smaller, more fuel-efficient jets.

The launch of the Airbus A321XLR, for example, at the 2019 Paris Airshow was followed by a line of orders from low-cost and legacy carriers alike. With a range of 4700 nautical miles, this jet unveiled opportunities for airlines to fly smaller but profitable markets as well as offer more frequencies on established routes to satisfy time sensitive fliers.

The latter might perhaps have less relevance today, as there is lots of uncertainty as of when will business travel rebound and if ever again will airports be filled with consultants, bankers and multinational corporations’ executives flying back home from work on Friday evenings. However, the former is perhaps not so out of touch with how travel might rebound, at least at first.

Airlines in the U.S today are looking at strengthening their leisure-heavy network, adding connectivity to destinations in Sunshine States and the Caribbean during the holiday season; United, for example, is offering discounts to destinations warmer than 70 degrees. As more and more people get vaccinated, travel restrictions begin to be lifted and travelers begin exploring the possibility of venturing further afield; longer-range single aisle aircraft might be a useful tool for airlines to exploit that market.