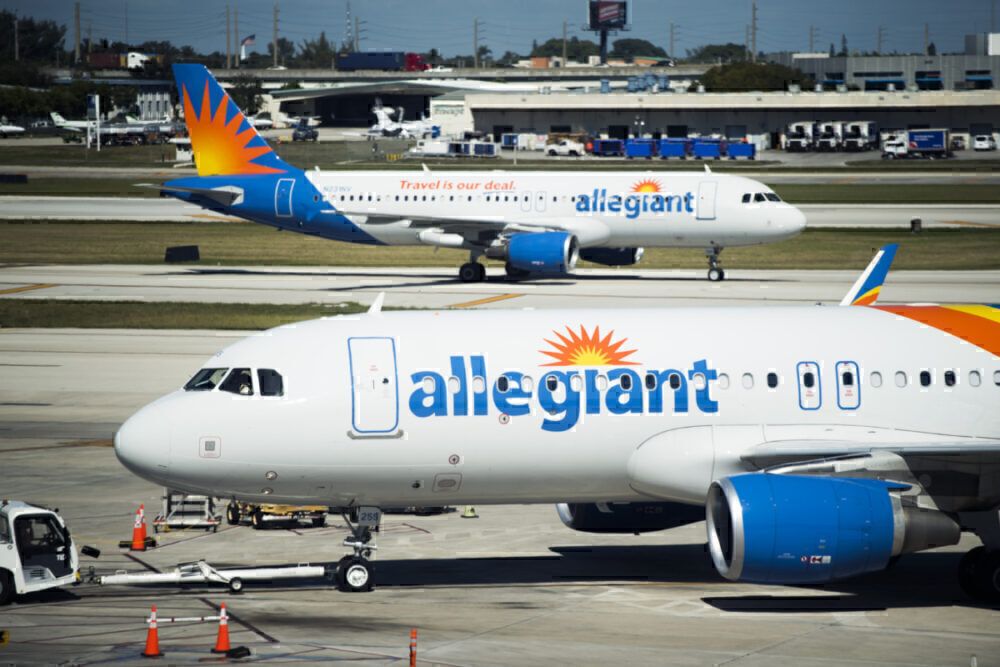 Allegiant Air recorded a $184 million net loss for the full year of 2020. However, that is not stopping the airline from planning for a much better 2021. After shrinking capacity less than nearly every other airline in 2020, the carrier is now expecting a systemwide increase in capacity for the first quarter of 2021. This comes as many airlines are maintaining low capacity at the start of the year.

In the full year of 2020, Allegiant recorded a net loss of $184.1 million. This was down from a $232 million profit for the full year of 2019. Specifically to the fourth quarter, Allegiant recorded a $28.8 million loss for the last months ended December 31st. Operating revenues for the quarter were down 46.5% year-over-year, while the airline’s full-year 2020 operating revenues were down 46.2%.

Allegiant did quite well in 2020, however. The airline’s annual passenger count was only down 42.6% year-over-year, while capacity, measured in available seat miles, was down only 19%, one of the lowest in the industry. The airline’s load factor for the year clocked in at 59.5%.

The airline’s average total ancillary revenue per passenger, including air-related and third party products, increased 3% versus 2019 to $58.46.

“The last ten months have been challenging, but I remain optimistic about 2021. I have been continually reminded of the quality of our team members throughout the pandemic. They have executed flawlessly, enabling us to lead the industry in the percentage of our schedule made available for sale and flown in 2020, with some of the highest load factors in the industry. They have assisted in removing structural costs from the business, enabling us to improve upon our already industry leading cost structure. Because of their efforts, I believe we will be among the first to return to profitability. I am very proud of the work they have done.”

Growing capacity in the first quarter of 2021

The airline will also be growing its fleet by six planes in the first quarter of 2021 compared to the year-end of 2020. This includes a mix of new aircraft to the airline’s fleet and aircraft previously in storage coming back into active operation.

However, the airline will not be inducting new types, such as the Airbus A321, into its fleet.

Allegiant Air is in a great market position. The carrier has a streamlined fleet of only one family and focuses on the leisure segment. Low-cost and ultra-low-cost carriers are coming back much quicker than their full-service peers in the United States.

Allegiant’s team, on the carrier’s fourth-quarter earnings call, highlighted their nonstop-only plan and peak-day flying as a reason for their success. The nonstop flights, previously also a convenience, are a strength for Allegiant’s team. The airline can pitch its nonstop flights to health-conscious travelers. Through nonstop options, these travelers can bypass busy hubs by flying nonstop on Allegiant.

The airline also has a low-cost base and plans on bringing back some of the employees it had previously let go of or furlough as the carrier seeks to expand its flying. This includes adding plenty of new cities to its route network.

Allegiant Air is also a wholly-domestic airline. Given the new international travel restrictions in effect, the carrier expects to benefit from increased attention to domestic destinations. The airline can compete against legacy carriers for a slice of leisure travelers, who are the bulk of the people flying these days.