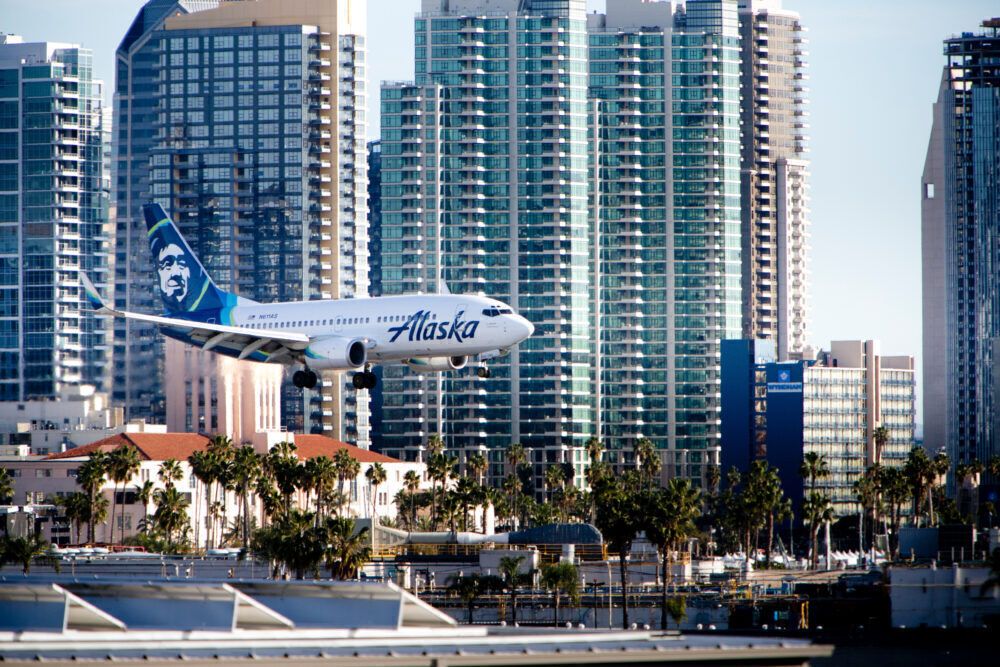 Alaska Airlines has released capacity guidance for January 2021. The airline expects a continued trend of dismal passenger counts and anticipates a January load factor that could be as low as 35%. This comes off a December when the airline saw a 43% load factor and an overall fourth-quarter load factor of 45%.

Alaska Airlines is not painting a rosy picture for January of 2021. The airline expects to fly between 1.1 and 1.2 million passengers, which is down 65-70% from the airline’s January of 2019. This up to 70% decline in passenger numbers is against capacity down 35% from January 2019.

With significantly more capacity than passengers, Alaska Airlines expects its load factor to be around approximately 35-40%. This will lead to an overall revenue decrease of 60-65% compared to January of 2021.

How does this compare to the last few months?

In October, one of the brightest spots in Alaska’s results from 2020, the carrier transported around 1.4 million revenue passengers on capacity down 45% year-over-year, and passenger numbers down 64% year-over-year. This led to a passenger load factor of 49%, with revenue down 62%.

In November, the airline flew 1.27 million revenue passengers, down 66% year-over-year, on capacity down 41% year-over-year, leading to a load factor of 45% against revenue down 61% year-over-year. This was amid a Thanksgiving holiday period with higher traveler numbers than the summer of 2020.

Finally, in December, the airline flew 1.245 million revenue passengers, down a whopping 70% year-over-year. Alaska’s capacity was down 40%, leading to a load factor of 43% on revenue down 67% year-over-year. The winter holiday season also led to a surge in overall US passenger numbers, though not all of Alaska’s markets could benefit from that.

Overall, in the fourth quarter, Alaska Airlines flew 3.916 million revenue passengers, down 67% year-over-year, against capacity down 43% year-over-year, leading to a respectable, all things considered, 45% load factor, with revenue down 64%.

January is following the trend of declining load factor, passengers, and increasing capacity. However, there is something that makes January even worse for Alaska Airlines.

Alaska’s available seat miles are going to be down 35% in January of 2021, meaning the airline is flying 65% capacity with revenue passengers down up to 70%, which does not make a lot of sense, but there’s a way to make sense out of this.

Up until January 7th, Alaska Airlines blocked middle seats and limited capacity onboard its aircraft. In January, the airline is not necessarily going out and adding a host of new flights or routes, but it is now making more seats available for sale, leading to the influx in capacity without necessarily having the passenger loads to fill the planes.

Nevertheless, Alaska Airlines is still flying a fair bit more than the demand for flying, and there is a reason for this.

Why airlines will fly more capacity than they can fill

Many carriers almost immediately shrunk their schedules to the bare minimum possible in April and May of 2020. Alaska Airlines was one such carrier to do so. However, from May onwards, airlines started to change their strategy as more and more customers started to return to flying.

It is much easier for an airline to remove capacity than it is to add capacity. Alaska Airlines would much rather keep a robust flight schedule and cancel flights as necessary rather than operate fewer flights. The risk of operating fewer flights is that the carrier could lose out on selling seats due to operating limited capacity.

On already scheduled routes, Alaska has already assigned a crew, planned out the plane’s schedule, and set up the ground game to handle the flight. So, if there is an influx in demand, Alaska can catch it without spilling anything over to competitors, which means more cash for the carrier. The airline also has planned out a slate of new routes for 2021.

Alaska Airlines also has to contend with a host of travel restrictions that could be lifted soon or could be extended. Alaska is definitely hoping for the former. Out of its largest hub in Seattle, the state of Washington has a travel advisory recommending a 14-day quarantine for interstate and international travel. However, some passengers do have to quarantine if they come from certain countries.

In another major Alaska market, California has instituted some strict stay-at-home orders again amid a surge in cases in some of the state’s most popular travel destinations, including the San Joaquin Valley, Bay Area, and Southern California. California has discouraged people from traveling to and from the state and even barred hotels from accepting reservations for non-essential travel. Some areas, including San Francisco, mandate a 10-day quarantine for those coming from outside the Bay Area.

These restrictions, however, are subject to change, though they may also be extended further. Since there is this uncertainty, it makes sense for Alaska Airlines to keep flying the essential travelers who need to go places and also keep the capacity in case restrictions ease and people start filling up its planes again.

Alaska has a significant presence in San Francisco, San Diego, San Jose, and Los Angeles, among other major California markets. The other thing is, even if Alaska is not flying a lot of passengers on its planes, it is still moving around some cargo and is also flying some cargo-only flights, which gives the carrier some additional revenue.

All of this is what leads Alaska to a low load factor expected in January. However, the carrier is hopeful that the demand environment will improve.