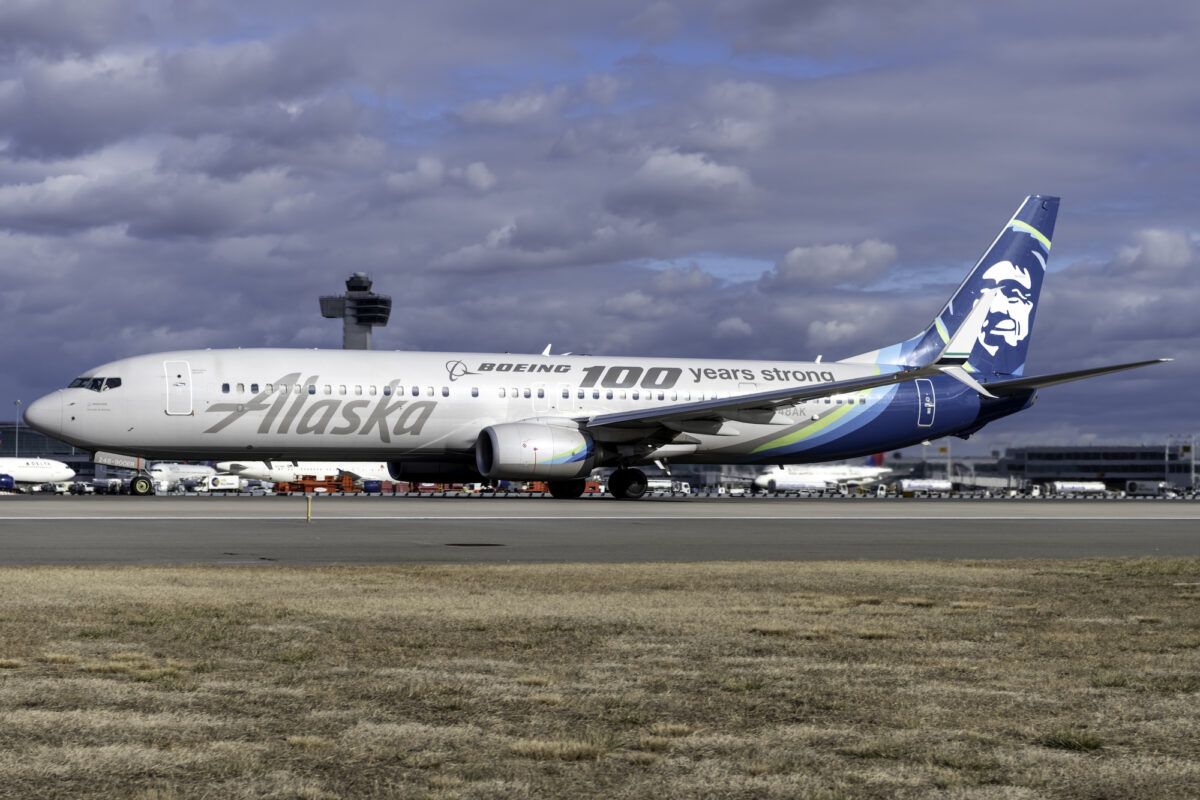 On March 9th, a passenger onboard an Alaska Airlines flight from Seattle to Denver was asked multiple times to put on a face mask. After ignoring orders from a flight attendant, the individual reportedly struck her arm. It was later revealed by other passengers that the individual was standing up and urinating on his seat. The incident has now moved into the US judicial system as the 24-year-old individual faces charges of “interfering with a flight crew in violation of Title 49, United States Code, Section 46504.” This charge carries a potential penalty of up to 20 years in prison and/or a fine of up to $250,000.

According to a statement issued by the US Attorney’s Office for the District of Colorado, a man by the name of Landon Perry Grier has been charged with interfering with a flight crew in violation of Title 49, United States Code, Section 46504.

Grier, a 24-year-old from Cañon City, Colorado, made his initial appearance in federal court in Denver on March 11th. It was there that he was advised of the charge against him and ordered released on conditions of pre-trial supervision.

Incident begins with a mask conflict

During Alaska Airlines flight AS1474 from Seattle to Denver on March 9th, it is alleged that Grier ignored eight to ten requests to put on a face mask, as required by airline policy.

The affidavit, made by an FBI Special Agent, states the following took place after the requests:

“Grier was seated next to the window and appeared to be attempting to sleep. Grier ignored [the flight attendant] and then began to push and swat her hand away as she tried to gently tap his shoulder to get his attention. He subsequently struck her arm two to three times in an attempt to aggressively dismiss her. During this incident, his strikes resulted in actual physical contact with [the flight attendant].”

Suspect stands up and urinates on his seat

Following this incident, passengers notified a different flight attendant via the call button that Grier was urinating in his seat. A flight attendant responded, saw Grier urinating, and asked him to sit down.

According to the affidavit, the flight attendant “observed passenger Grier seated in his seat with his penis out of his pants, and she told him to put his penis back in his pants. He responded, ‘I have to pee.’”

It was also reported that Grier urinated on a paper bag that a fellow passenger was carrying. Passengers seated near Grier were reseated.

“[A flight attendant] stated passenger Grier’s actions delayed her preparation of the aircraft cabin for landing for approximately ten minutes, endangering the safety of the passengers,” the affidavit goes on to say.

Meanwhile, the captain and first officer were dealing with an unrelated mechanical issue and were preparing to make an emergency landing at Denver International Airport. The affidavit states that the passenger disruption occurred during a high workload environment while the flight was descending over the mountains in turbulent conditions. “The disruption caused the pilot crew to divert attention from their emergency landing preparation.”

A flight attendant then notified the captain. Flight tracking data shows that the aircraft made a safe and routine landing in Denver with an on-time arrival.

The US Attorney’s Office for the District of Colorado states that the investigation was conducted by the FBI (Federal Bureau of Investigation) with substantial assistance from the Denver Police Department.

“The safety of our guests and our crew is our top priority. We will not tolerate any disturbance onboard our aircraft or at any of the airports we serve. We appreciate the efforts of our dedicated teams who are committed each day to keeping travel safe and respectful.”

Up to 20 years in prison

According to the local Denver affiliate of FOX News, Grier told investigators he was returning to Colorado after working at a gold mine in Alaska. Before his flight from Alaska to Seattle, Grier said that he had one beer.

During his transfer in Seattle, Grier said that he had three to four additional beers and “a couple of shots” before boarding the plane to Denver. Additionally, the man took an over-the-counter pain reliever because he had body aches from working.

As already noted, Grier is charged with violating Title 49, United States Code, Section 46504. This charge carries the title of “Interference with flight crew members and attendants” and carries a potential penalty of up to 20 years in prison and/or a fine of up to $250,000. According to Cornell’s Legal Information Institute, the following text comprises Section 46504:

“An individual on an aircraft in the special aircraft jurisdiction of the United States who, by assaulting or intimidating a flight crew member or flight attendant of the aircraft, interferes with the performance of the duties of the member or attendant or lessens the ability of the member or attendant to perform those duties, or attempts or conspires to do such an act, shall be fined under title 18, imprisoned for not more than 20 years, or both.”

The text also notes that if a dangerous weapon is used in assaulting or intimidating the member or attendant, the individual shall be imprisoned for any term of years or for life, which would not apply in this situation.