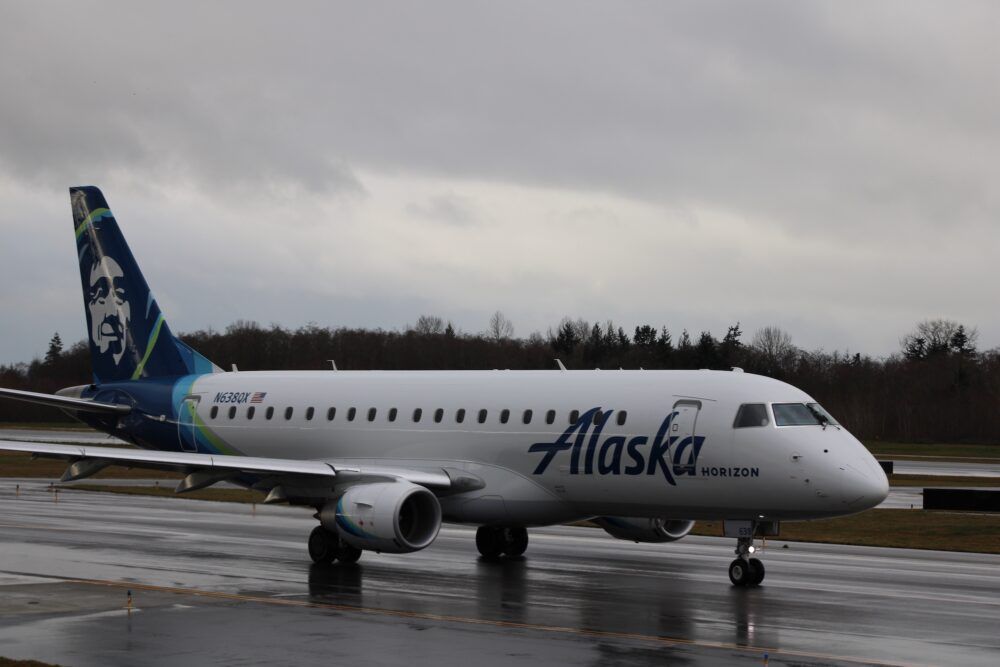 Alaska Airlines is expanding its flights out of Paine Field. The airline, which flies regional jets out of the airport, has resumed routes from the airport to popular vacation destinations in California. The airport is part of Alaska’s strategy to continue its legacy as Seattle’s largest airline and catering to a leisure-driven market.

Alaska Airlines has brought back more routes out of Everett’s Paine Field (PAE). The largest carrier out of the airport, the airline, resumed routes to San Diego, Orange County, and Los Angeles just this last week.

All of these routes are operated using Alaska’s Embraer E175 aircraft. The airline primarily uses regional jets on routes out of Seattle, even before the pandemic hit.

Alaska Airlines is a Seattle-based airline. Even though its name might imply otherwise, the carrier has a large base of operations out of the Seattle-area. Its largest hub is Seattle–Tacoma International Airport (SEA).

Seattle has been a growing competitive hotspot. A longtime Alaska hub, the airport has recently seen a growth in services from Delta Air Lines, as the Atlanta-based carrier built up a transpacific hub in the hopes of competing against United’s San Francisco transpacific hub, though at a much smaller scale, currently.

Alaska Airlines has been able to withstand the increased competition from Delta. However, the airline knows it has to cater as much as possible to a Seattle-area crowd.

PAE is not a major airport, but it serves a population that has to drive a fair distance to get to SEA. Paine Field is also better known as a major Boeing airport, where widebody aircraft are manufactured.

Alaska Airlines was one of the first airlines to serve Paine Field and serves the largest number of destinations out of Paine Field, ranging from Las Vegas to San Diego.

Getting passenger flights at PAE was a long time coming. As early as 2008, there were discussions about getting passenger air carriers at the airport. After about ten years of moving forward and planning, in 2019, the airport officially welcomed the first nonstop flights.

Alaska and United were the first two airlines to serve PAE and continue to serve the airport. Alaska Airlines is the largest airline out of the airport. Both carriers only fly regional Embraer E175 aircraft to and from PAE.

Paine Field supplements SEA, and for Alaska Airlines, the airport is primarily one for origin and destination passengers over connections. The airline is mostly serving the local population. As such, when the airport reopened after making some improvements in 2020, Alaska brought back leisure-oriented services.

Some of the routes that have recently resumed have operated since the start of the pandemic. Alaska has been aggressive with its capacity and routes, but it has started and stopped some flights out of PAE based on demand. These flights are more leisure-oriented. As travel demand steadily picks up and cities and states reopen, it becomes feasible for Alaska Airlines to resume these routes out of PAE while also operating them out of SEA.