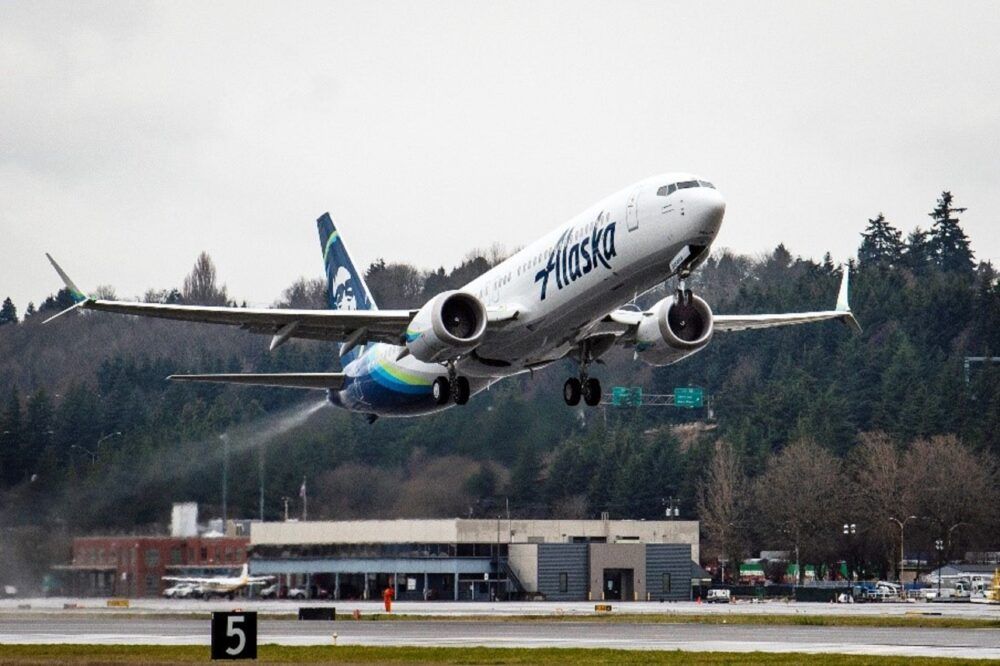 Alaska Airlines has firmed up its order for 23 Boeing 737 MAX 9 jets with 15 options. The airline and Boeing initially announced this order back in December as a commitment. As a firm order now, the two parties have locked in their plan for Alaska Airlines to transition more towards an all-Boeing fleet.

Alaska had previously announced this order in December. However, it was not firmed up until now. The order increased Alaska’s order book to 68 total MAX 9 jets on firm order with options for another 52 aircraft.

Alaska Airlines and the Boeing 737 MAX

Alaska Airlines took its first Boeing 737 MAX 9 aircraft in January. Revenue service of this aircraft did not occur until March 1st. A second MAX jet entered Alaska’s fleet on March 18th. Another two MAX 9s will start service with Alaska in early April.

Alaska Airlines has only ordered the Boeing 737 MAX 9 currently. These aircraft have room for 178 passengers. There are 16 seats in recliner-style first class, 24 in extra-legroom economy, and 138 in standard economy.

All seats feature access to power, which will be necessary as passengers will need to bring their own devices to access inflight entertainment. Note that, until the fall or winter of 2021, there will be no WiFi offered onboard the MAX 9 fleet. There will be inflight movies on-demand only until Alaska gets the WiFi functional on the planes.

The MAX 9 options are key

All in all, if Alaska Airlines takes all of its orders plus options, including the aircraft on lease commitments, it will fly a total of 120 MAX jets with the firming up of this order.

The Boeing 737 MAX 9s are part of Alaska’s fleet modernization and simplification plan. After merging with Virgin America, Alaska Airlines operated a dual fleet of Boeing 737 and Airbus A320 family aircraft. The long-term goal was always for Alaska Airlines to move away from an Airbus fleet.

The MAX 9s are higher-gauge aircraft, and a single fleet type will improve Alaska’s efficiency, though it will be a few years before deliveries bring the airline to 2019 or higher fleet counts. The airline is excited to fly more MAX jets and fewer Airbus ones. However, Alaska Airlines will still have 10 Airbus A321neos, which have lease expiration dates between 2029 and 2031.