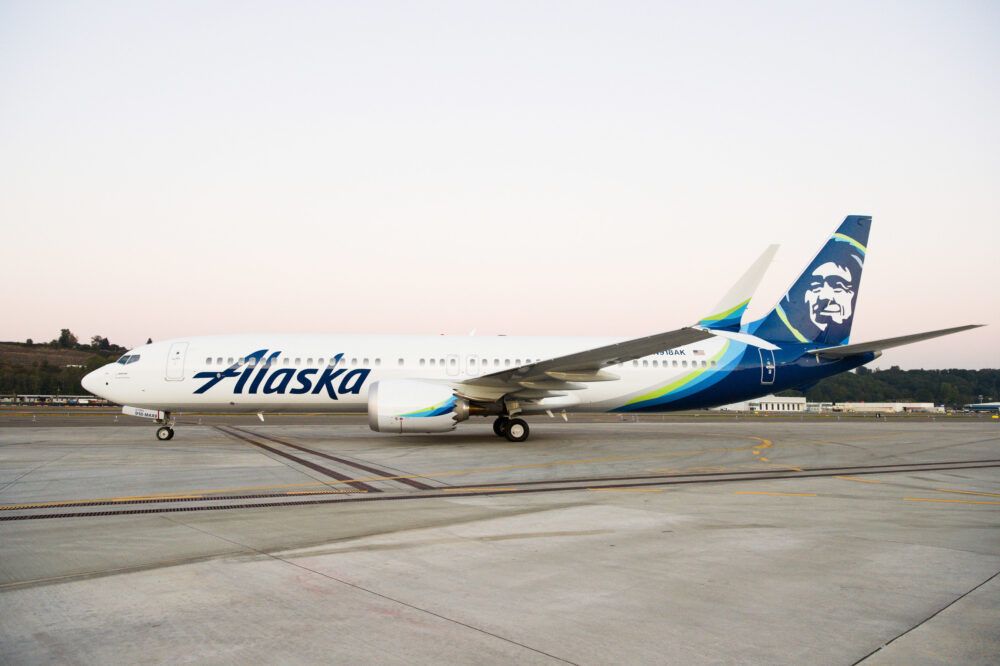 Yesterday, the first 737 MAX for Alaska Airlines made the five-mile trip from Boeing Field to Seattle-Tacoma Airport, ahead of the airline’s reintroduction of the type on March 1st. The aircraft took the scenic route, flying for almost an hour before arriving at Alaska’s hub. It’s the first of up to 120 to arrive at the airline, with more expected to be delivered in the coming days.

Yesterday morning, Alaska Airlines took delivery of its first-ever Boeing 737 MAX. The aircraft is a 737 MAX 9, the larger iteration of the type, and is registered N913AK. Unfortunately for Alaska Airlines, despite never having operated the aircraft, it is already listed as being 1.6 years old.

The aircraft took an extremely short trip to arrive at Alaska’s hub in Seattle (SEA). It had been parked at Boeing Field (BFI) in Seattle, just over five miles away from SEA. Despite the incredibly short hop between origin and destination, N913AK took the scenic route to get there.

The aircraft took off at just before 11:00 yesterday morning. Flying under flight number AS9809, it proceeded south from Boeing Field and then headed west to fly out over the north Pacific. It followed the coast north, skirting the edge of the Olympic National Park, before heading southeast down the path of the Salish Sea. Finally, it turned for its southerly approach to Seattle-Tacoma, touching down at 11:46.

While the aircraft hasn’t officially been revealed by the airline yet, it will have been delivered with 178 seats on board, the same configuration as its 737-900ERs. It’s been on order since 2012 and is one of the 32 original MAX ordered by Alaska. The airline will debut the new model on flights from Seattle to both LA and San Diego as well as from Portland to Los Angeles on March 1st.

More on the way

While this is the first MAX to be delivered to Alaska, it’s likely to be followed rapidly by more. Planespotters.net notes that both N915AK and N918AK are due for delivery soon, and local spotters have identified N919AK getting final checks undertaken at Renton.

Throughout the MAX grounding, Alaska has been bullish on the type’s success once it returns to service. The airline’s long relationship with Boeing has led it to bet big on the type, despite inheriting a fleet of Airbus narrowbodies from its acquisition of Virgin America.

The airline originally placed an order for 32 MAX aircraft in October 2012. However, towards the end of last year, it signed a lease agreement for 13 more 737 MAX from Air Lease Corp, and then in December added another 23 aircraft to its order with Boeing.

The airline has ordered all Boeing 737 MAX 9s but has options in place to change these to other members of the family in the future, as its needs dictate. These will replace the A320ceo family aircraft, including A320 and A319, that it inherited from Virgin America. All 10 of its A319 and two of its A320s have already left the fleet. Others remain parked.

However, it won’t be going back to being ‘proudly all-Boeing’ any time soon. Although the A320ceo family aircraft’s time at the airline is nearing a close, 10 A321neos, ordered by Virgin, will continue to be flown by Alaska Airlines for some years to come.