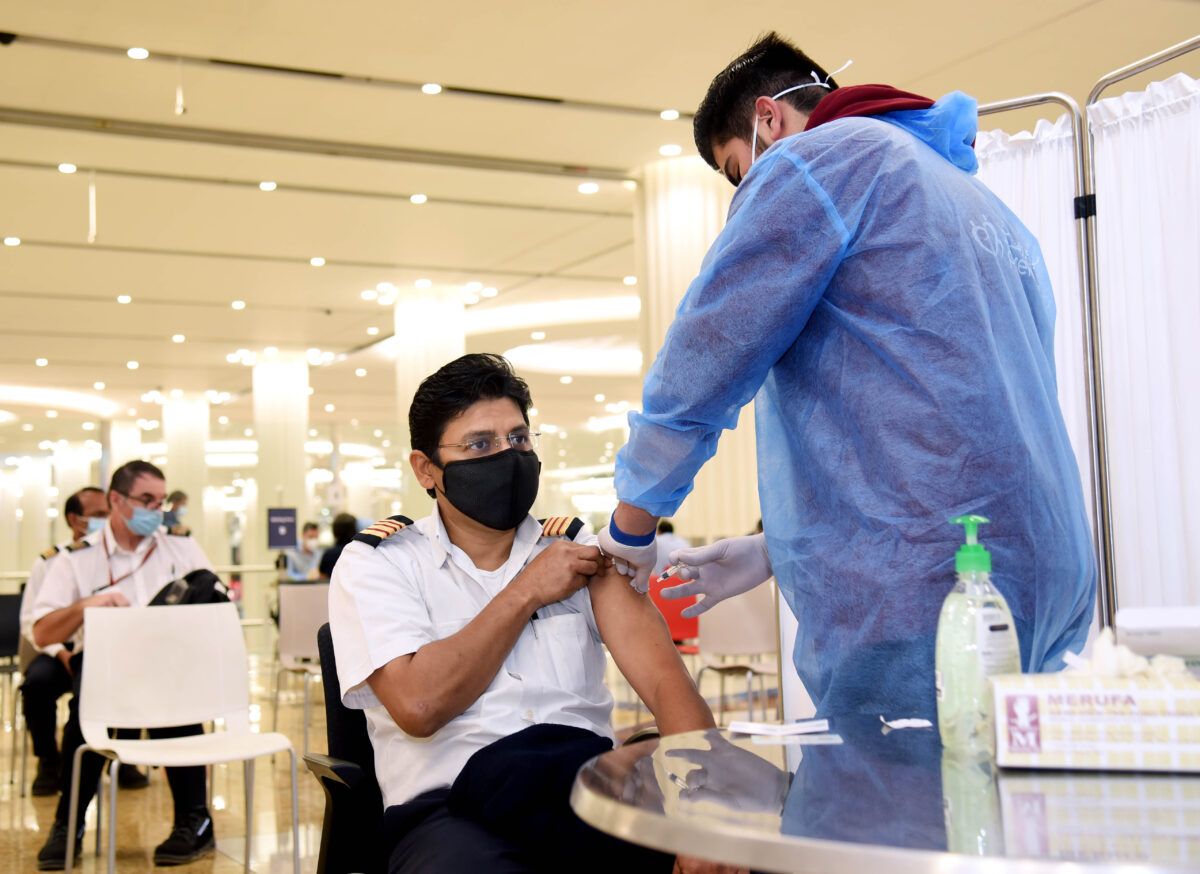 As vaccinations rollout in dozens of countries, many airlines and governments are keen to have their crew vaccinated first. Airline crew are not only at a high risk of contracting COVID-19 but their frequent contact with hundreds of passengers can allow them to potentially spread the virus. So here’s which airline already have and plan to vaccinate their employees soon.

The first question to answer would be why airline crews should be given priority to receive vaccinations. Crew members usually aren’t senior citizens or medical workers, those with a high risk of severe disease or constant contact with infected people. Most of them are actually physically fit and relatively young. However, airline staff still find themselves in a high-risk category.

An analysis from the New York Times found that flight attendants are nearly at the same risk of contracting COVID-19 as nurses. This is due to their physical proximity to hundreds of passengers every day, increasing the risk of exposure. These facts explain why there has been a focus on cabin crew since the pandemic started, from restrictions to quarantine requirements.

However, despite the strict safety measures being taken, crew members have become infected while flying in the past. This can risk further outbreaks in their home countries, as Taiwan and Australia have seen. All of these reasons contribute to the argument for airline crews to receive the vaccines on a priority basis, once those at a higher risk of death or infection are vaccinated.

While many countries have only recently started their vaccinations, some airlines have raced ahead thanks to government support. Etihad made the news last week as the first airline in the world to vaccinate its entire onboard crew against COVID-19. Israeli flag carrier El Al wasn’t far behind, going further and announcing yesterday that it has vaccinated all customer-facing employees, including crew.

While Etihad and El Al are the first two to complete their vaccination drives, others have started too. Emirates began its rollout in January and could vaccinate up to 100,000 frontline employees. Singapore Airlines has also announced plans to innoculate all of its staff and crew in the coming months.

As you may have noticed, the crew vaccination rates are closely linked to rollouts in their home countries. Israel and the UAE are the top two countries in terms of vaccination per 100 people, explaining how they could prioritize airline crew. Other countries are still in the process of vaccinating their high-risk groups. Notably, only 77 countries have even started a vaccine rollout.

Should it be mandatory?

One interesting question many airlines are facing is if they should mandate COVID-19 vaccinations for their crews. Considering the high infection risk and exposure to other passengers, mandatory vaccinations could make sense. However, mandating vaccines can come with its own legal and moral issues.

In turn, airlines have mostly been wary of mandating vaccines for their employees, despite some governments ruling vaccine requirements as legal. United is an exception to this rule, with CEO Scott Kirby making it clear that employees must be vaccinated as soon as possible, citing the high risk airline employees are at.

However, others like Emirates, American, Delta, and Southwest have all encouraged their staff to get the shots but aren’t making it mandatory as of now. Airlines have seen a high turnout for vaccinations and likely don’t see the need for a mandate yet.

Another reason to vaccinate crews early will be the easing of restrictions. Hong Kong recently implemented one of the strictest regulations, requiring a 14-day quarantine for all returning crew members.

The move has shocked airlines, with FedEx even temporarily relocating some of its crew from Hong Kong to the US. Flag carrier Cathay Pacific was also forced to ax routes and nearly end all flights to Australia over the new rules.

Vaccinations will undoubtedly help ease some of these new restrictions, made in response to new variants and rising cases. Rules like hotel layover and tracking will likely remain in place since the impact of vaccines on the transmission of COVID-19 is still unclear. However, quarantine requirements like Hong Kong’s could be dropped.

For international travel to return anywhere near its pre-pandemic levels, vaccines will be a key part of the journey. Countries like Australia have already said those not vaccinated will have to undergo the 14 day quarantine, regardless of circumstances. Others have also said that vaccines are a pre-requisite to opening their borders to the world.

However, most in the general public are unlikely to see vaccines soon. Data from Bloomberg shows that over 100 countries are to even start their vaccination drives. In those countries that have vaccines, rollouts have been slow and are unlikely to reach everyone until the end of 2021 or 2022.

However, the development of more vaccines, some of which only need one shot, could speed up this process in the coming months. Airlines, for their part, have critical to transporting the vaccines in their required environment. It will be a few months to over a year before we can fly normally again, but it will be possible.

For now, airline crews being vaccinated on a priority basis have several compelling reasons. From reducing risk for themselves and for those flying, vaccinating crews will be the first step in the long journey to returning to normalcy.