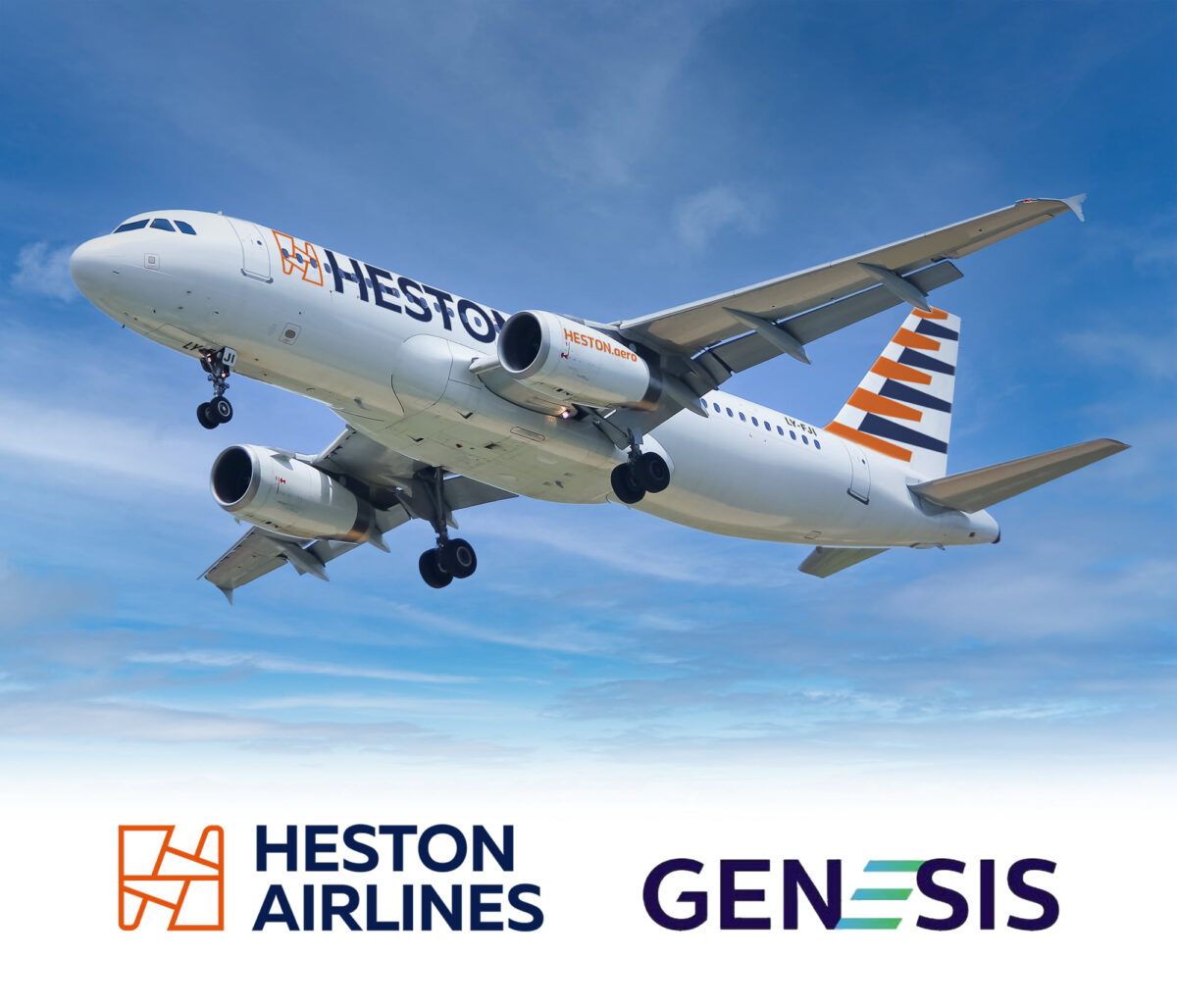 Heston Airlines is a Lithuanian charter and wet lease operator with plans to launch by April 2021. The airline is set to fly two Airbus A320-200s for its operations, both acquired on lease from Irish lessor Genesis. We take a look at Lithuania’s latest airline start-up and what destinations might be on the horizon.

Heston Airlines was established by Heston Aviation, a leasing and MRO company based in Vilnius, Lithuania. The airline will provide charter and wet lease services within the EMEA region, with dry lease arrangements also potentially on the cards. In October 2020, the airline announced it planned to fly with three Airbus A320-200s, but this has since been reduced to two.

Heston has partnered with Genesis, a leasing company based in Ireland. Both of its A320s will be acquired on lease from Genesis, with plans for further fleet reinforcements in the future. While Heston will operate with just two planes through 2021, the airline plans to bolster its fleet to seven planes by the end of 2022. Chief Executive of Heston Airlines, Jonas Rinkauskas, said of the partnership with Genesis,

“The possibility to leverage Genesis’s global portfolio of aircraft and unparalleled expertise will contribute both to our growth as a company, and to our ability to offer significantly better, faster, more flexible and cost-efficient services.”

An ex-easyJet plane will be amongst the fleet

Heston Airlines has two planes lined up to begin with:

Both planes have been given new registrations but are still in storage. Genesis appears to have acquired both aircraft around 2017-2018, according to Planespotters.net. LY-FJI was formerly registered as ES-LAA and notably saw action with easyJet between 2008 to 2011. LY-VUT, formerly registered as LZ-GNF, was delivered to Air New Zealand in 2003 and flew with the Kiwi carrier for almost 16 years.

What will Heston Airlines bring to the table?

With the COVID pandemic destabilizing the aviation industry, Heston Airlines is focusing on providing flexible and reliable services that take into account the chaotic situation. Charter and leasing firms are ready to provide services at a moment’s notice, a key quality in a volatile market.

“COVID-19 created a unique market opportunity to start an airline which will capture efficiency and cost-effectiveness of the current market situation, at the same time not carrying the load of restructuring costs burdening the incumbent players.’’

CEO Jonas Rinkauskas was previously the Chief Commercial Officer of GetJet, another Lithuanian airline, from January 2019 to August 2020 and has worked with industry leaders, including Lockheed Martin and Simteq. Come April 2021, the airline will be ‘ready to offer high-quality customized services for tour operators and airlines within the EMEA region.’