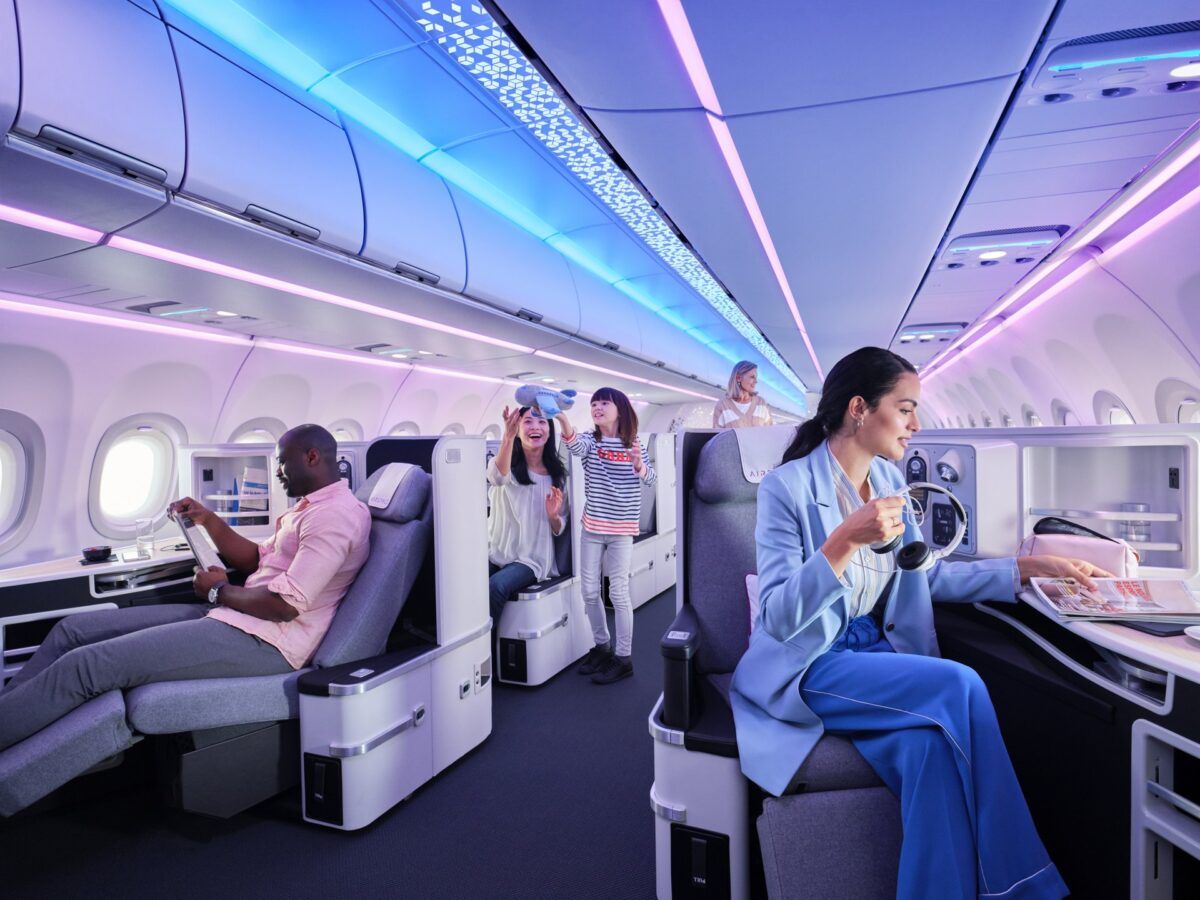 A few days ago, Airbus released some new images of its brand new, upgraded narrowbody cabin design. The manufacturer’s Airspace cabin is designed for the A320 family and will be featured first on JetBlue’s aircraft in a few months. We’ve looked at all the details of the stunning new cabin.

Airbus’s new cabin is still undergoing a few final tests, so it may be tweaked before any passengers enjoy the new comforts. Final testing is set to take place this month, focussing on the finer details and measuring the noise in the cabin.

However, even with a few tweaks and changes, the new design is undeniably stunning. The customizable LED lighting throughout the cabin lends a modern, state-of-the-art feel, which is reflected across the design. Even the lavatories have been given new technology with anti-microbial coatings and as many touchless features as possible.

There are also more practical changes such as new extra-large overhead bins and redesigned windows to let in more light. The window shades have also had some changes to make them sleeker. Changes to the side walls provide more shoulder space emulating cabins found on the larger A330neo and A350.  Even the entrance area has been redesigned to be more welcoming to passengers and user-friendly for the crew.

The images showcase a sleek, well-thought-out design that is intended to make flying as comfortable as possible. The Airspace by airbus program focuses on four key areas; comfort, ambiance, service, and design. The new interior images certainly seem to reflect these core values, which is not a surprise since it has taken almost four years of designing since the A320 program was announced in 2017.

The new design’s initial testing phase has already been completed, but more testing is required to check how it performs in flight. Michael Willmer, Airbus’ technical leader for the A320 Family Airspace Cabin program, said,

“The initial in-flight testing subjected the cabin to conditions well beyond what it would normally be subjected to in a standard flight profile. Special cameras and sensors throughout the interior were connected to dedicated flight-test and recording equipment in the cabin so that the engineers could analyse the performance and characteristics of the cabin elements in real-time on board, as well as in the lab afterwards. . . Now this second flight-testing stage, together with the lessons-learnt from previous developments, will further help to ensure a robust product at entry into service in the coming months,”

Assuming testing goes well, the new A320 cabin will be featured on JetBlue’s fleet first. The airline has 130 A320-200 in its fleet, one of the largest fleets of A320s in the world. JetBlue is set to take delivery of 15 new planes this year but no new A320s. The new cabin will therefore be retrofit on its existing fleet. The fleet has an average age of almost 16 years, so a cabin refresh will bring the older planes up to the standard of the new deliveries.

JetBlue operates an almost exclusively all-airbus fleet, except for 60 Embraer E190s. With new planes, refreshed cabins, and an expanding network, JetBlue looks set to welcome back leisure travelers as soon as restrictions allow.