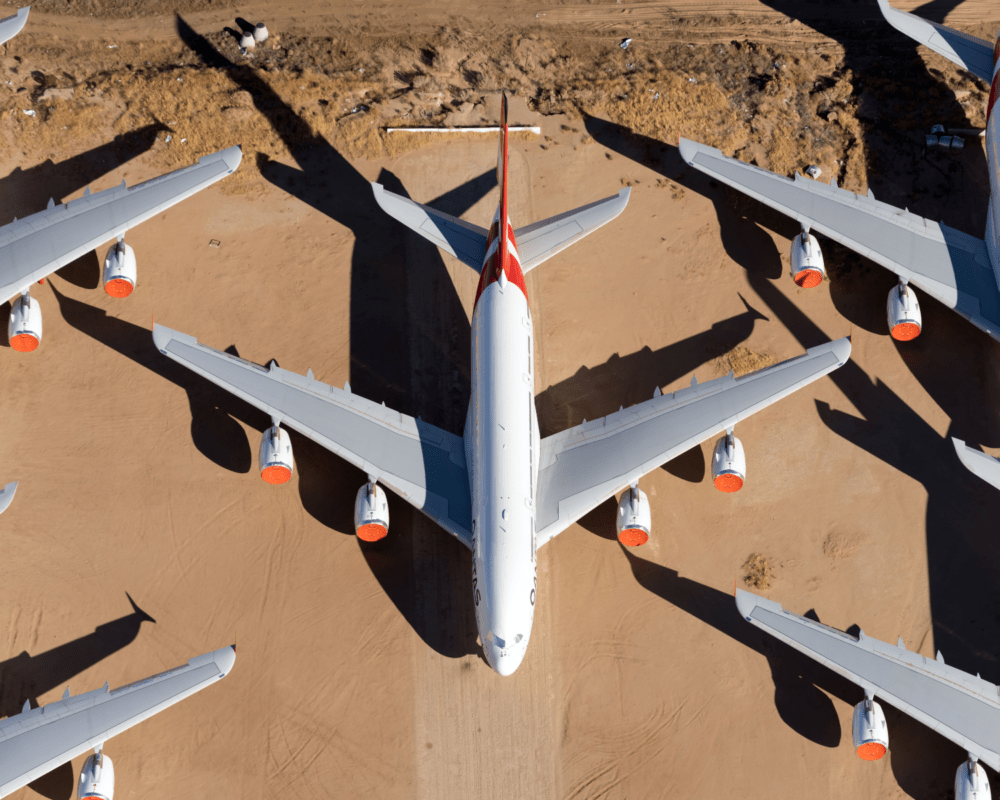 As airlines plan their future after a tough year, there is one aircraft type going missing: the Airbus A380. Several carriers have announced the superjumbos retirement in recent months, leaving its future in jeopardy. So what airlines are left operating the A380? Are they currently in service? Let’s find out.

Starting with the airline with the most bullish outlook on the A380, Emirates already has several of its A380s back in service. The airline operates a fleet of 117 of the superjumbos, the most by a long measure, and has five more on delivery. While other carriers have said goodbye to their superjumbos, Emirates has signaled that the A380 has a long future in the airline’s fleet.

China’s only operator of the superjumbo, China Southern kept its A380 fleet in action through last year’s crisis. Once international flights resumed, the airline deployed the aircraft on popular destinations such as Seoul, Paris, and London, helping rebuild its network.

The youngest A380 operator globally, ANA grounded its flagship Tokyo-Honolulu A380 flights in March. Since then, it has taken the delivery of its third and final superjumbo but is yet to fly it to its new home. Until traffic on the Hawaii route returns, the A380 has been flying sightseeing “flights to nowhere” for the airline.

Korean Air resumed services with the A380 in October, flying some cargo missions to hubs like Guangzhou (one of the few A380 hubs currently) and Atlanta. With the merger of Asiana currently in the works, the joint airline will operate the second-largest A380 fleet globally.

South Korea’s second-largest airline, Asiana operated a fleet of six A380s prior to its grounding. The fleet has been largely grounded in the last year and has only been flying special “flights to nowhere.” The upcoming merger with Korean Air could mean the joint airline continues to operate a large fleet.

Moving onto airlines that haven’t flown their A380s since the grounding in March, first is British Airways. While the superjumbos haven’t been flying, CEO Sean Doyle confirmed last week that the airline remains committed to the A380. Moreover, the planes have been undergoing all required maintenance and moving around for storage in the last few months.

Qantas moved quickly to send all of its A380s for years-long storage in the Mojave desert. To many, this signaled the end of the superjumbo’s time in the fleet, with Qantas saying the jet is unlikely to fly before 2023. However, recently, CEO Alan Joyce has reaffirmed a future for the A380, and reports suggest that the plane could even return to service sooner than predicted.

One of the few airlines to continue flying through the crisis, Qatar Airways hasn’t been too fond of the A380. The carrier retired half of its fleet in January, citing the high environmental impact and low efficiency of the superjumbo. However, the other half of the fleet could return to the skies if demand rises in the coming years. The airline will likely stay on target to retire all of its superjumbos by 2028 though.

The launch operator of the A380, Singapore Airlines retired seven superjumbos amid the crisis last year. However, the remaining 12 A380s are very likely to return to service, with Singapore investing in cabin retrofits for the older jets. While the final number of A380s returning could be lower, expect to see them return to the skies in the future.

One of the most versatile A380 operators, Malaysia Airlines operates a fleet of six superjumbos. Early on in the pandemic, these planes were great for cargo shipments of critical equipment. Aside from commercial flights, MAS also used the A380 for charters and on the popular Hajj pilgrimage route. While the future of the A380 remains unknown, it is possible that the airline retains a few superjumbos for specialized use.

While most airlines in the list above are very likely to fly their A380s again, carriers around the world are simply unsure of their fleets’ future. For instance, Lufthansa has sent several A380s to graveyards but refuses to rule out the type’s return permanently.

Similarly, Thai and Etihad have signaled that their superjumbos are unlikely to fly again but haven’t formally retired them.

The uncertainty across the industry means only a few airlines have firmly scrapped their A380 fleet. However, looking at global trends, the sad reality is that many more airlines will likely retire their A380s than keep them. However, if a rebound wave of international travel does come in the next year, the A380 might have a chance at survival.