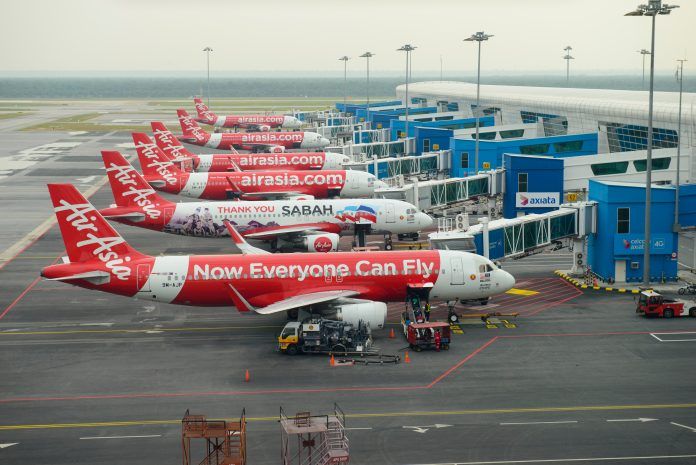 Low-cost carrier AirAsia Group said Monday (29 March) that it posted its worst-ever loss in 2020 as border restrictions and quarantines kept international flying to a minimum. The Malaysian airline’s net loss widened to 2.44 billion ringgit (US$589.1 million) for the quarter ended 31 December from 384.4 million ringgit in the corresponding quarter in 2019. Sales fell to 267.4 million ringgit from 3.23 billion ringgit previously, it said in a stock exchange filing. The fourth-quarter results brought the airline’s full-year net loss to 5.1 billion ringgit compared to a loss of 315.8 million ringgit the year before, marking the worst it has ever recorded.

Tony Fernandes, AirAsia’s CEO and co-founder, said he was optimistic about the second half of 2021, saying “with vaccination programs accelerating around the world, improved testing capabilities, the likely introduction of global digital health passports, formation of leisure travel bubbles in the region and contactless procedures already in place for AirAsia, we are very optimistic that international air travel will resume in the second half of 2021, leading to our full recovery within the next two years.”

The airline said it is continuing with cost-containment measures, including job and salary cuts for management, staff and directors, while efforts to preserve cash include negotiations for restructuring payments with suppliers, partners and others as well as restructuring fuel hedging positions. Fernandes said the carrier was focussing on ASEAN countries for a recovery after it sold a 32.7 percent stake in AirAsia India and closed AirAsia Japan. “All of these tough decisions were made to ensure a quick recovery in ASEAN where our brand is strongest,” he said.

“The encouraging quarterly uptrend in our key domestic markets, especially in Thailand, supports our expectation of an air travel recovery this year,” Fernandes added. “We are pleased to be gradually ramping up our domestic operations in our key markets, which are concentrated on the most profitable and popular routes. We are also actively exploring opportunities to gain market share, especially in the Philippines and Indonesia, recognising our strength in the ASEAN region.”