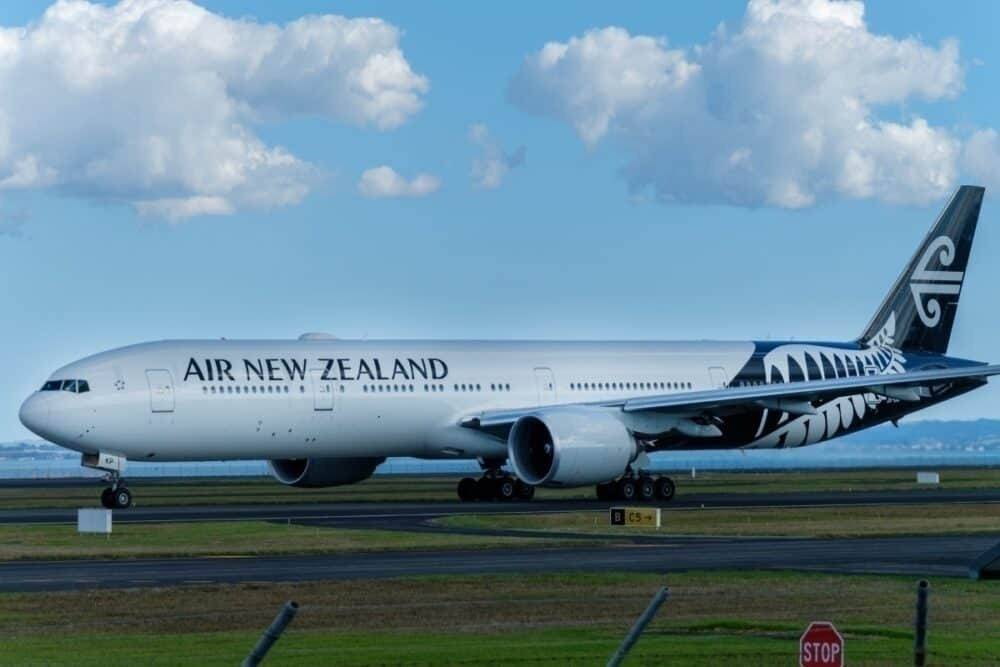 Air New Zealand has a fleet of over 60 jet aircraft and another 50 turboprop aircraft, with several more on order. The airline has some big plans with Boeing 787-10s on order. For now, however, it is ending 2020 with a pretty stagnant fleet composition compared to pre-crisis, though one set of aircraft is likely never to fly again– barring any major developments.

Air New Zealand has 16 Boeing 777s in its fleet. This is split evenly between the Boeing 777-300ER and the 777-200ER. The 777-300ERs are an average of only eight years old and seats 342 passengers in a three-class configuration. This includes 44 business class fully-flat beds in a herringbone configuration. This is followed by 54 premium economy recliner-style seats and 244 standard economy seats.

The Boeing 777-200ERs, however, are likely to not fly again for Air New Zealand. They are grounded indefinitely, and, pending any major demand improvements, the carrier will likely start getting new Boeing 787s by the time demand would warrant the 777-200ERs to return to service, and the 787s beat out the -200ERs in terms of efficiency and operating economics.

Next up are 14 Boeing 787-9s. These are pretty new, at around 3.4 years old on average. These aircraft come in two different configurations: one seat 275 passengers, and another seat 302. The former is in a 27/33/215 configuration (business class, premium economy, economy). The latter is outfitted in a more economy-heavy configuration with 18 in business, 21 in premium economy, and 263 in the economy.

These widebodies also feature the Skycouch product. This is commonly referred to as the “poor man’s business class” with a set of three economy class seats that can become a bed or couch and can be reserved for as little as a solo traveler, let alone a young family.

The turboprops are common on short-haul domestic flights to smaller airports or locations in New Zealand and the South Pacific with infrastructure shortcomings, such as short runways, that would inhibit jet aircraft operation.

Air New Zealand has not made some of the wide, sweeping changes to its fleet as other airlines. Aside from the eight 777-200ERs likely to never fly again, it has kept its fleet intact and has been catering to a relatively busy domestic market.

In the future, the airline will be adding the Boeing 787-10. These aircraft, which will help replace the 777-200ERs, will also enable Air New Zealand to have the requisite planes to serve the carrier’s long-haul ambitions, such as from Auckland to Newark.