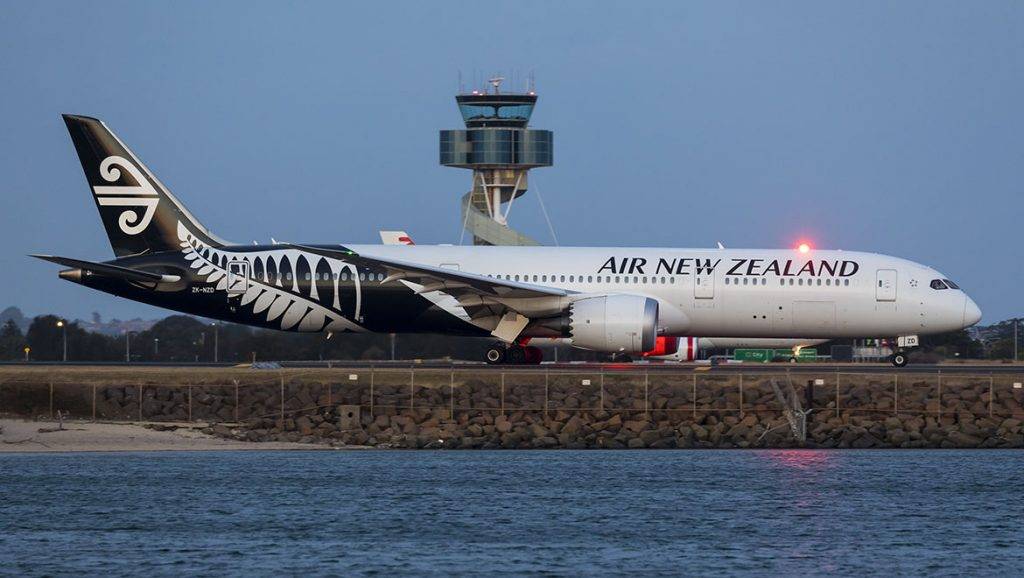 Air New Zealand crew flying to LA and San Francisco will now overnight in Hawaii in a bid to reduce COVID infection.

The move comes amid rising cases worldwide and concerns that airline employees could inadvertently bring the virus into New Zealand, which has virtually eliminated the pandemic.

“While it’s important to keep trade routes open and passenger services operating for our customers, looking after our people is our first priority,” said Foran.

Currently, Air New Zealand flies direct from Auckland to LA and San Francisco in its 787-9 Dreamliners, with staff staying overnight and then returning home

Under the new system, a brief Honolulu stopover would be introduced so that the existing crew can be replaced. This new crew will then complete the return leg to LA or San Francisco, before yet another crew boards at Honolulu to continue back to New Zealand.

Customers will be barred from leaving the aircraft at the stopover.

Hawaii has been the best-performing state in the US for COVID cases, with the CDC website revealing there were just 9.5 cases per 100,000 in the state in the last week, compared to 95.8 in California.

Crews from Qantas repatriation flights are now required to take a COVID test before being allowed to isolate at home, while those from non-Australian airlines will have to stay in two police-supervised hotels.

The new Qantas rules allow the crew to immediately transfer to another domestic flight if they need to reach their own state before quarantine.

Meanwhile, international crews are now subjected to similar restrictions to passengers, who have to quarantine in a supervised hotel or accommodation for 14 days.

NSW has so far designated two facilities and Victoria followed by designating three. Typically, arrivals spend no more than 72 hours in a city before catching a flight out of Australia.

The old rules allowed airline employees to self-isolate at a designated location approved by the airline, so long as details were also shared with authorities. Crews could catch a taxi to their accommodation, providing they sat in the back and wore a mask.