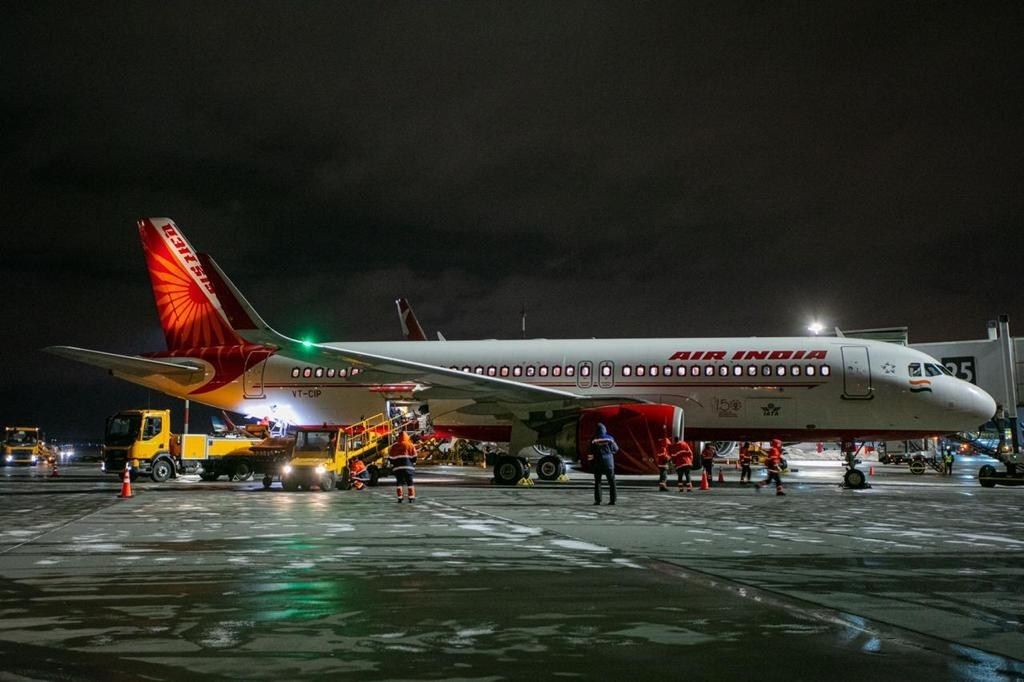 Air India is returning to Moscow after having suspended services due to the pandemic. The airline operated its first flight to the city’s Sheremetyevo Airport on Saturday. The route is currently intended to be run once per week.

We’ve seen many airlines slowly rebuilding their networks, having had to deal with the impact of the COVID-19 pandemic. Given the lack of passengers traveling, many airlines were faced with the choice of flying empty planes or cutting services. Almost all went for the latter option. This was mostly the case in India, where nearly all international flights were halted for a period.

Flying once a week

On Saturday, Air India relaunched services to Moscow’s Sheremetyevo Airport (SVO). The new route is set to be operated once a week in each direction. The first flight (AI155) departed Delhi (DEL) on time at 18:00 on Saturday, according to data from RadarBox.com. Following a seven-hour and one-minute flight, it touched down in Moscow at 22:31, four minutes ahead of its scheduled arrival.

After spending the night in Moscow, the return flight departed slightly late at 19:09 on Sunday instead of the scheduled 18:50. However, what the aircraft lost on departure, it made up on the flight to Delhi. Despite departing 20 minutes late, it landed in Delhi five minutes early at 03:45 on Monday morning.

As mentioned, Air India will be using an Airbus A320neo for the service. For the first rotation, the airline used VT-CIP. According to data from Planespotters.net, this aircraft was delivered to the airline new in July 2018, making it 2.6 years old. The aircraft is leased from Avolon.

India is currently banning international flights. Having been extended several times, the ban is now in force until the end of March 2021. However, this doesn’t mean that international flights aren’t happening. After all, if that were the case, Air India wouldn’t be flying to Moscow.

Instead, the government is allowing flights to travel bubbles, in addition to repatriation flights. Cargo-only flights are also permitted as they carry less risk of importing the COVID-19 virus.

It has been a year since the number of international flights operated to and from India started to fall drastically. Since then, however, the sector has been showing a steady recovery.

According to data from RadarBox.com, the daily average number of international flights to and from India currently stands at 538, around half of that seen this time last year (1161). At its worst, this figure dropped to just 65 in the second week of April 2020. Unfortunately, the same strong recovery hasn’t been maintained around the world.