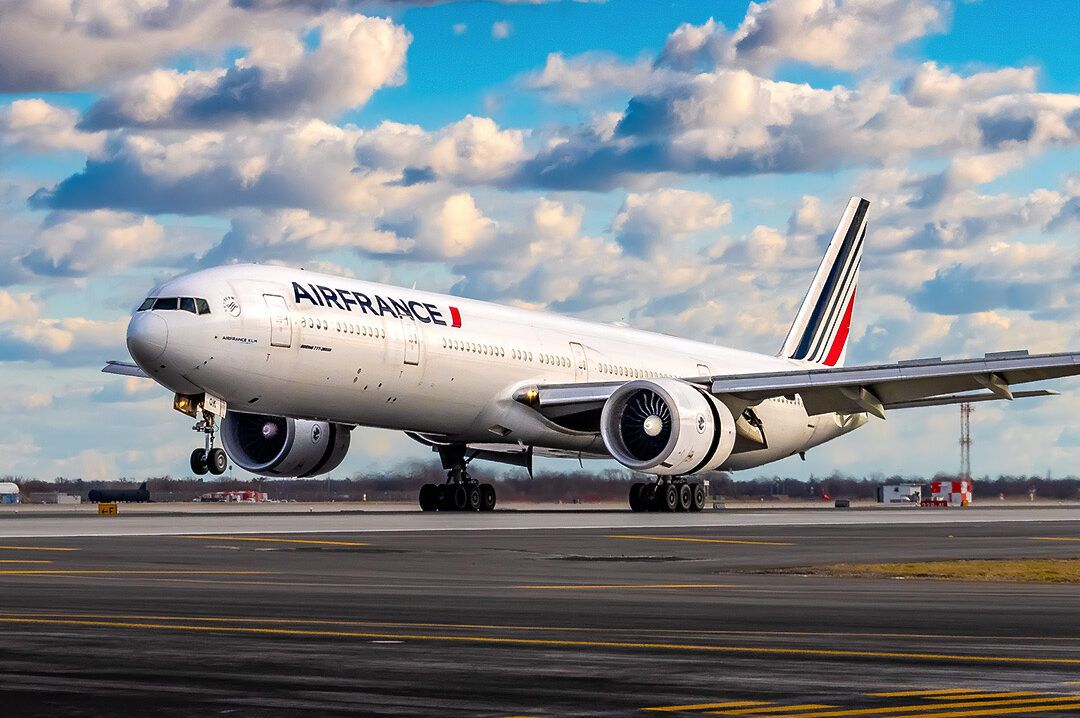 Air France today revealed its latest safety video. While conveying all the crucial points, the two presenters travel around some iconic French sights such as Le Louvre and the Eifel Tower before stopping off at Paris Fashion Week with an exciting emergency exit-inspired t-shirt.

The safety demonstration is an integral part of any flight. After all, it could mean the difference between life and death, should the worst happen. Recently, more and more airlines have been switching to safety videos. In an effort to stay current, some airlines have gone for very creative approaches.

Today Air France revealed its latest in-flight safety video. The video is set across France, with two flight attendants conveying the intended messages. A female flight attendant gives the demonstration in French, while her male counterpart delivers the English message.

The two travel from one iconic landmark to the next, visiting the likes of the Palace of Versailles and the river Seine’s banks before ending atop the Eifel Tower. It’s been six years since the airline last released a safety video, so this one has been adapted to its current fleet and cabin layouts. This means that the Airbus A380 won’t be present, but we will see a version for the Airbus A350. You can see the video below:

“With this new video, we are showcasing the best France has to offer in an emotionally engaging way. All our teams here at Air France are ready to welcome our customers and highlight this French lifestyle, which is so dear to us, as soon as they board our flights. We can’t wait to reopen the skies, flight after flight, with safety as our absolute and constant priority.”

Airline safety demonstrations always used to be delivered by the cabin crew, and on some aircraft, this is still the case today. However, on those aircraft with in-flight displays, the information is typically delivered in video form. This could be the case when a new aircraft enters an airline’s fleet, such as when British Airways got its first A350s.

For many passengers boarding the aircraft, the safety demonstration is an annoyance stopping them from watching the latest film. To capture passengers’ attention for such crucial information, airlines have been trying to add entertainment to their videos. British Airways has famously partnered with famous faces from UK TV, while Korean Air previously created a K-Pop music video with band SuperM. Some airlines have also used the medium of lego to convey their message.