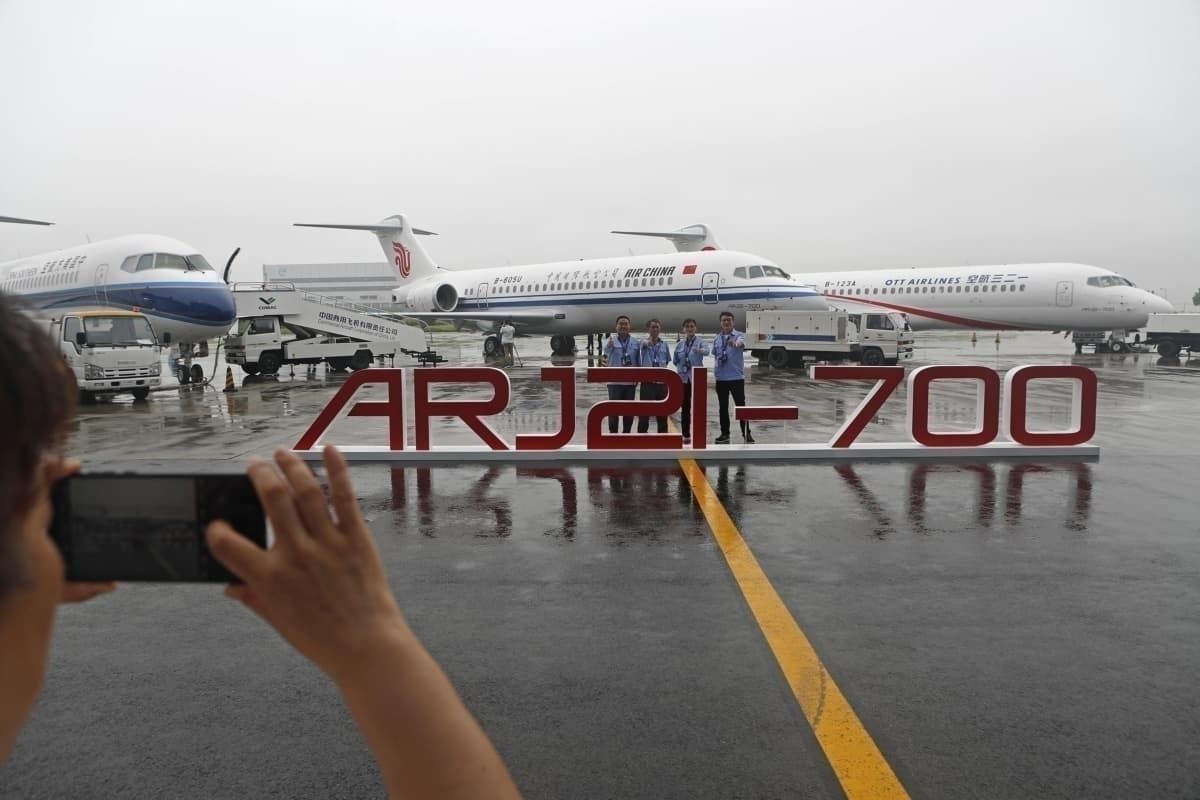 The COMAC ARJ21-700 is the fourth in Air China’s fleet, with the airline taking its first jet in July 2020. The newest addition (registration B-650R) was purchased by CNAC Beijing Financial Leasing Company Limited and delivered to Air China on lease. According to Planespotters.net, the carrier’s third ARJ21 was also acquired on lease from AVIC Leasing, while it owns the first two planes.

B-650R is fitted with an all-economy configuration and seating for 90 pax. Air China has been using its fleet of ARJ21s out of its Beijing hub on short-haul routes, with destinations including Xilinhot, Baotou, Hohhot and Ulanhot. The new plane was delivered to Beijing on February 28th but hasn’t been put into service yet.

In a statement, COMAC declared themselves as ‘bosom friends’ with Air China and that the ‘start point and end point of all work, is to take customers’ success as its own success.’ The company also stated that more ARJ21s are expected to join Air China’s fleet in the future.

COMAC’s ARJ21 is China’s first attempt at developing a small regional aircraft. Development started back in 2002 before the plane’s maiden flight in 2008. The jet is gradually replacing the region’s Embraer E190s and Bombardier CRJs and has a very affordable list price of $38 million per jet. According to COMAC, they have taken over 600 orders for the ARJ21 from 23 carriers.

COMAC delivered a record number of ARJ21s in 2020, with 24 delivered across the year. This amounted to 46 jets in total by the end of 2020, with Air China’s latest addition bumping this up to 47. While China’s biggest airlines have been delaying deliveries from Airbus and Boeing (over 100 planes in total), they are sticking to their orders from COMAC, which has contributed to a good year for the Chinese manufacturer.

Will the ARJ21 beat the competition?

Domestic-made jets are on the rise in China, as the country seeks to provide competition to the Boeing-Airbus duopoly. According to Aerotime, Chinese-built aircraft make up around 33% of the regional aviation market, and the number is growing. The ARJ21s main competitor is the Embraer E190 – Simple Flying took a detailed look at the two planes.

Embraer is still ahead of COMAC in terms of deliveries, completing 59 deliveries over the first nine months of 2020. Despite lagging behind the E190 in terms of range and passenger capacity, the ARJ21 is available at a significantly lower price, winning it many admirers.

The plane has been picked up almost exclusively by Chinese carriers, although Indonesian airline TransNusa is said to be planning an all-ARJ21 fleet of 30 planes. It remains to be seen whether the jet will see any further significant foreign investment.

China’s domestic airline market continues to rebound from 2020. Since the beginning of March, the number of domestic fli …

The new narrowbody jet of the Commercial Aircraft Corporation of China (COMAC) is on track to be certified in 2021, its …

Originally slated to take place in March, natural icing trials for COMAC’s C919 are being postponed due to COVID-19 trav …