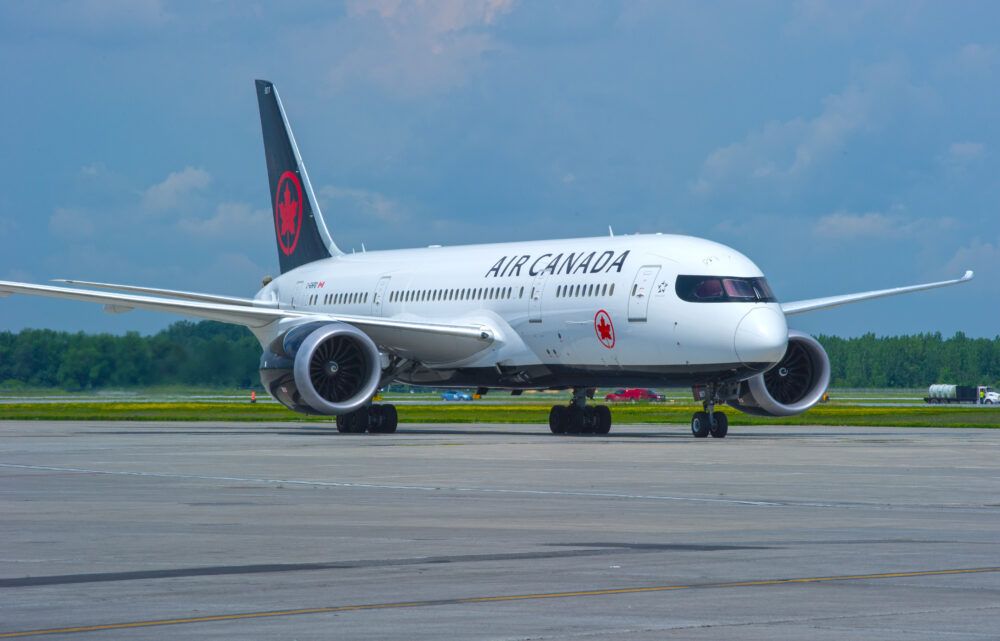 Air Canada is hoping to launch a seasonal flight between Montreal and Cairo this June and is waiting for the necessary approvals. The new service will commence on June 17th and run three times per week. Operated by a Boeing 787-8, this news marks the second new destination to the Middle East North Africa region in a matter of months.

According to Media In Toronto, Air Canada has confirmed that it will operate a seasonal flight to Egypt with an airline spokesperson issuing the following statement:

“We can confirm that Air Canada will operate a seasonal flight between Montreal and Cairo starting on June 17, with three flights a week on a Boeing 787 Dreamliner,”

While the news has yet to surface on the airline’s website or social media, the new service can be found on the airline’s booking engine on its website. We ran a search for a flight from Montreal to Cairo, departing June 17th and returning on the 25th, and found a non-stop service.

The flight will operate as AC74 outbound to Cairo and AC75 returning to Montreal. Here are the airline’s timings:

It looks like the service is not yet set in stone despite appearing on the airline’s search results. In fact, there is one rather unique note at the top of the flight search results after selecting this non-stop service, which reads:

“Tickets for flights AC74 and AC75 between Montréal (YUL) and Cairo (CAI) are sold subject to government approval.”

Air Canada must seem fairly confident that the service will be approved if it appears as an available flight.

It was just last month that we saw Air Canada commence its Toronto-Doha service. Announced back in October, it looks like the airline is looking to expand its reach in the Middle East North Africa (MENA) region.

These two new services will add to Air Canada’s existing direct flights to the region, which include Toronto to Dubai and Tel Aviv, as well as Montreal to Algiers and Casablanca.

While US carriers offer direct flights to Israel and Morocco, Air Canada’s services to Dubai and Doha make it the only North American carrier to serve the countries of the GCC (Gulf Cooperation Council). It doesn’t appear that any major US carrier serves Cairo at the moment either. Delta Air Lines indefinitely suspended its New York JFK-Cairo flight in 2011.

With Star Alliance partner EgyptAir already operating a service between Cairo and Toronto, this new seasonal service should compliment it rather than become competition.