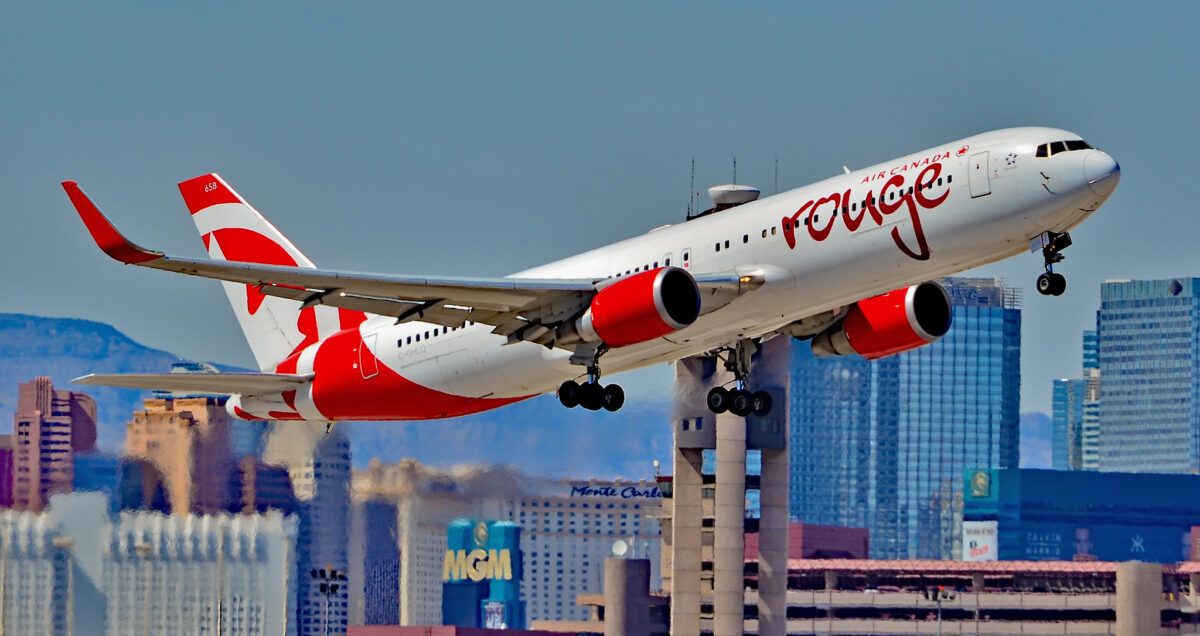 With its continued efforts to diversify its revenue streams and capitalize on the demand for cargo transportation, Air Canada is hoping to convert seven of its retired Rouge Boeing 767s by the end of 2022.  Nearly two years away from this goal, the airline at least hopes to have two of the conversions complete by the end of 2021.

2020 was a devastating year for many airlines, including Air Canada. As part of its recent earnings reports, the Canadian carrier quantified its heavy losses by showing that it took an overall operating loss of nearly C$3.8 billion (nearly US$3 billion). To Air Canada’s leadership, it was “the bleakest year in the history of commercial aviation.”

Despite the gloomy situation, the airline highlighted some of its successes and achievements over the course of 2020. This included its ability to quickly pivot to cargo-only operations and reduce cash burn. Part of this expenditure-reduction sadly resulted in the retirement of 79 aircraft and the cancelation of some new aircraft orders, namely some Airbus A220 and 737 MAX jets.

As the airline continues to face hard-hitting international travel restrictions imposed by the government of Canada, it is hoping that cargo operations will have a larger part of its revenue stream.

The initial pivot to cargo-only flights took the form of modifying its passenger aircraft to allow for freight in the passenger cabin. This was first seen on some of the carrier’s Boeing 777s and carried over to an Airbus A330. These weren’t full-on cargo conversions, however. Instead, the airline removed seats and installed netting and floor-markings (to ensure safe weight-distribution across the passenger deck).

As part of the airline’s Q3 2020 earnings call, it was revealed that there were plans to convert some retired Boeing 767s into permanent freighters. The 767s most recently had flown as part of the Air Canada Rouge brand.

Since that call, Air Canada has managed to strike an agreement with its pilots for an appropriate level of pay for cargo flights. The airline said this had to be done to remain competitive with other freight carriers.

Now, as part of the airline’s most recent earnings call, we have a little more clarity on the timeline for these 767 conversions.

Lucie Guillemette, Air Canada’s Executive Vice President & Chief Commercial Officer, noted in the call that the airline’s first two freighters are expected to be in service in time for this year’s fourth-quarter peak airfreight season.

With seven 767s on the list for conversion, it looks like the remaining five will be converted next year, in 2022. This was confirmed by the carrier’s current Chief Financial Officer and future Chief Executive during the earnings call in which Simple Flying attended:

Apart from the two being converted this year, it looks like Air Canada will just have to wait further back in line to have the majority of its old 767s converted.