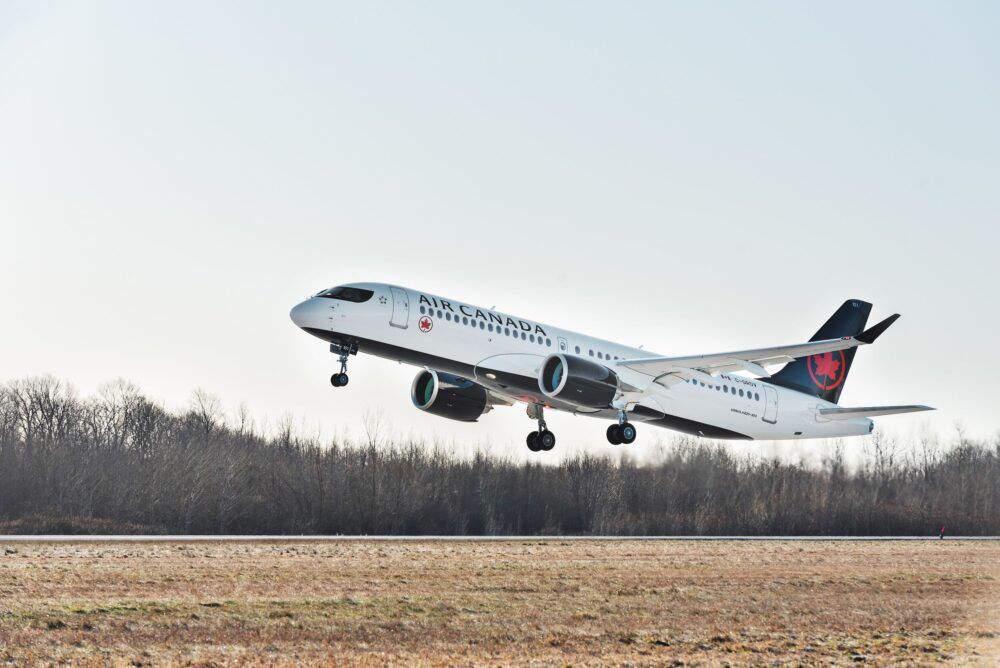 An Air Canada Airbus A220-300 flying from Montreal to Calgary had to divert to Winnipeg after the crew received a low-pressure indication for one of the aircraft’s hydraulic systems. The incident took place on January 29th, and saw the aircraft pulled from service for four days.

According to The Aviation Herald, the Air Canada A220-300 registered as C-GJXV was performing flight AC317 from Montreal to Calgary. Onboard the aircraft were 92 people.

The aircraft was flying at an altitude of FL320, approximately 190NM east-northeast of Winnipeg, when the crew received a low-pressure indication on the #1 hydraulic system.

The crew then declared PAN PAN and diverted to Winnipeg, where the aircraft landed safely about 40 minutes later.

The next day, C-GJXV flew back to Montreal, where it remained on the ground for three days. Its first service after maintenance and repairs was flight AC323 to Calgary on February 3rd.

C-GJXV is a relatively new aircraft, having been delivered to Air Canada one year ago, February 2020. Since entering service with Air Canada, the jet, like the other A220s in the airline’s fleet, has been operating domestic service right across the country.

The aircraft has operated short hops between Montreal and Toronto, but also much longer flights such as Vancouver to Montreal. AirNav RadarBox utilization data shows that the aircraft has flown 977 flights in the last 12 months, totaling over 2,395 hours and a distance of 758,072 nautical miles.

The aircraft’s most frequently visited airports in the past 12 months are Toronto (679 visits), Calgary (383), and Montreal (358). The aircraft even flew to Seattle and Boston a handful of times.

The A220 in Air Canada’s fleet

It was back in 2016 that Air Canada announced that it would be adding the A220 to its fleet. Of course, at the time, it was known as the Bombardier CSeries. The aircraft purchase has been part of the airline’s fleet renewal program and originally included a firm of 45 aircraft with options to purchase 30 more. However, due to the events of 2020, Air Canada announced late last year that it had canceled 12 of the A220s it had on order.

The aircraft have replaced Air Canada’s existing mainline fleet of Embraer E190 aircraft. Beyond this, the jets will support the airline’s hub and network growth, “creating one of the world’s youngest, most fuel-efficient airline fleets,” according to the airline’s 2016 press release.