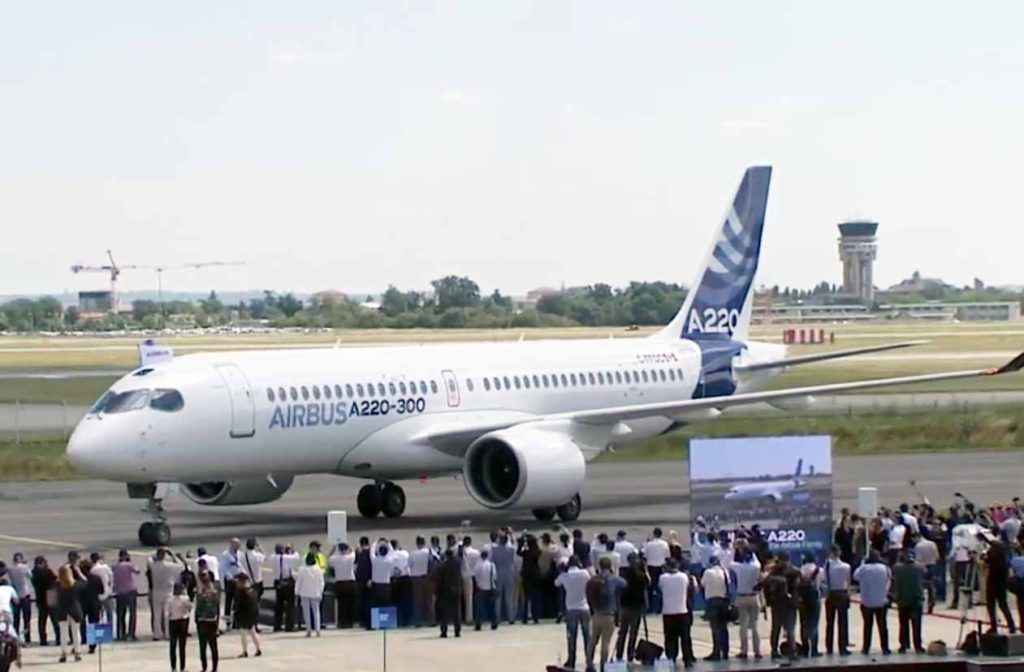 AFI KLM E&M has announced several new deals and service offerings for its MRO business. These include new services for the A220, a new deal with Gulf Air, a deal with Falgayras, one with Corendon Dutch Airlines and a drone support agreement.

In 2019, the Air France-KLM Group announced an order for 60 Airbus A220s. With the first Air France A220 due to fly at the end of 2021, AFI KLM E&M has finalized its supply-chain and industrial development program, positioning itself as a major player in the maintenance of this new aircraft, and ready to support operators of this single-aisle aircraft worldwide. Owing to its in-depth expertise in the latest generation of aircraft, AFI KLM E&M has already designed and is able to market a complete nose-to-tail components support for A220 operators. AFI KLM E&M is building dedicated in-house capabilities, in particular by investing in sufficient inventories to guarantee rapid access to spare parts, but also by adapting its engineering skills to provide the best possible operational service. With pool access, 24/7 AOG support, parts availability and a wide range of additional services such as Initial Provisioning and Entry Into Service support, Main Base Kit implementation, line maintenance solutions and aerostructures capabilities, AFI KLM E&M’s offer is adapted to all A220 support needs.

Additionally, EPCOR, the AFI KLM E&M subsidiary specialised in APUs and pneumatic components, announced in February 2021 the expansion of MRO services on APU GTCP131-9C equipping the A220, licensed by the OEM. AFI KLM E&M’s offer is adapted to all A220 support needs. AFI KLM E&M has acquired credibility from its expertise and adaptiveness, building long-term win-win partnerships and competitive agreements with OEMs to support the market. The nose-to-tail industrial solutions enable AFI KLM E&M to deliver unique quality of service to its customers. “Whether in the Americas, Europe, Asia, Africa or Oceania, we are opening up new alternative routes for A220 operators by offering them competitive, reliable and proven solutions. Convinced of the Airline-MRO mindset of our solutions, several A220 operators have already shown great interest in joining the AFI KLM E&M components pool,” said Benjamin Moreau, senior vice president AFI KLM E&M Components Product.

AFI KLM E&M and Gulf Air, the Kingdom of Bahrain’s national carrier, have announced the signing of a support contract for the airline’s all-Airbus A320neo/ceo and A321neo/ceo fleet. This long-term agreement includes pool access, repair, advanced pool and transportation support. In 2016, Gulf Air ordered A320neo and A321neo aircraft to progressively replace the older A320ceo models. In order to be efficiently supported, these recent and higher standard aircraft will require investment in “neo” specific components to guarantee the availability of necessary spare parts from AFI KLM E&M, its incumbent and now confirmed supplier. Under the agreement, AFI KLM E&M will provide comprehensive component maintenance-By-the-Hour support covering component exchange, repair, overhaul, modification, reliability monitoring and logistics services for Gulf Air’s new fleet of A320neo family aircraft and the older A320ceo fleet until they are phased out. This agreement is a renewal of an earlier contract for similar support services for a term of six years.

Gulf Air Acting Chief Executive Officer Captain Waleed AlAlawi, said: “AFI KLM E&M has demonstrated, during our relationship spanning over more than 10 years, that they are the right partner for Gulf Air as we drive forward with our fleet renewal programme in preparation to welcome more new aircraft to replace and modernise our fleet.”

Barfield, a subsidiary of Air France Industries KLM Engineering & Maintenance (AFI KLM E&M) in the Americas, signed an agreement to become the exclusive distributor and warranty repair centre for Falgayras’ Wiper Motors operated on the Airbus A220. This agreement will support their products in the Americas. “The signing of this Agreement shows that our partnership with Falgayras remains strong. We appreciate their confidence in our highly skilled technicians and engineers and our overall ability to support their products in our region, as we have for the past few years,” says Hervé Page, CEO of Barfield. “We have trust in Barfield’s expertise and reputation for MRO and Distribution services and are confident they will bring outstanding quality and delivery of the Falgayras products. This Agreement will strengthen the cooperation initiated three years ago between our two companies,” says Christophe Falgayras, Falgayras CEO.

Falgayras was founded in 1969 and is headquartered in the aviation zone in Toulouse (France). The company provides a specific aeronautical know-how, its units are specialized in the study, conception and standard production of aeronautical and industrial equipment. It also insures the verification, repair, maintenance and overhaul of air board instruments and accessories, as well as the verification and overhaul of measure and test equipment in metrology.

Barfield consists of 500 employees across its facilities in Miami, Phoenix, Louisville and Atlanta. With its leading facilities, Barfield can satisfy the needs of customers operating commercial or regional fleets in North, Central and South America. From MRO Services to Distribution and Ground Support Test Equipment (GSTE), Barfield provides complete tailor-made support programs for A320 family, Boeing 737, Bombardier, Dash 8, ATR 42 & 72 and Embraer 170 & 190 aircraft to operators in need of inventory and logistics solutions, repair management programs, engineering and fleet support, and component reliability management. Barfield is part of the AFI KLM E&M network, a major MRO provider.

Barfield, a subsidiary of Air France Industries KLM Engineering & Maintenance (AFI KLM E&M) in the Americas, continues to expand its active participation in the UAV industry by signing a partnership agreement with AERACCESS, a performance driven and innovative Surveillance Drone manufacturer, whose product range focuses on law enforcement, defence, facility security, and border enforcement solutions. This agreement is another milestone in the development of Barfield’s UAV growth strategy. “We are extremely happy to be partnering with AERACCESS. We have been studying the UAV thriving market for quite some time and found that AERACCESS has a high standard of meeting their commitments to customer through a balanced mix of innovation, customization, and series production. Their UAVs perform where others cannot deliver. This is exactly in Barfield’s DNA and we strive to continue along these lines for this strategic addition to our expertise in aircraft engineering,” said Herve Page, Barfield’s CEO. “Barfield’s expertise in aeronautics, its extensive commercial and government contracting activities along with its customer focus strategy to deliver exceptional products and services is a perfect fit to bring AERACCESS products and solutions to the Americas. This is an important step forward in our overall development strategy,” said Shehzaad Callachand, AERACCESS’ CEO.